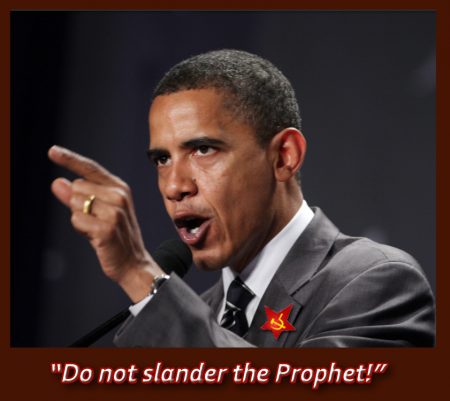 (Jul. 5, 2016) — During the past seven and one half years, at the hands of the followers of Islam, as inspired by the great prophet and molester of children, the one and only Mohammed, not just in this country but across the entire world, innocent civilians have been subjected to death, misery and unfathomable brutality and barbarism.

Actually this murderous history did not have its beginnings with the unfortunate advent of the illegal usurper Barack Obama.  For thousands of years armed Islamic psychos have been slaughtering defenseless civilians by the millions. Estimated numbers, staggeringly, of about 2.5 million people.  That number does not include military or armed fighters.  The body count is the result of Islamic terrorist activities which have slaughtered unsuspecting and unprotected men, women and children.

This glorious history, while not being born of Obama, nevertheless, during his watch, a new epoch has emerged and a dangerous uptick in murderous activity of the followers of Islam has arrived.  For the first time in history, the leader of a nation being attacked and invaded by this murderous cult has aided and abetted the insurgency.  He has lied to his own people, those who elected him to help keep them safe, and has done everything in his enormous power to subvert those who would warn us about the malignancy he has invited into our homeland.

He has refused, as we all know, to associate Islamic terrorist killings with Islam.  He has threatened his own citizens with having no future if they disparage the Prophet Mohammed.   He has altered official reports removing any mention of Islam after innocent people are murdered by Islamists.  He continues to bring young men dedicated to Sharia Law into this country, locating them into neighborhoods and cities without the knowledge of or warning to the unsuspecting population.

For certain, it is impossible to tally every death instigated and perpetrated by Islamists since Obama took the oath to protect and defend America and her Constitution.  What is certain, however, is that that number grows by the hundreds every single week. There have been over 4 times the number of Islamic atrocities under Obama than any presidential term(s) in the history of this nation.  The worldwide estimate of innocent people who have been murdered in the name of Islam and for the pleasure of Allah, as of this past week’s mass murder in Iraq, during the past 7.5 years, is about 180,000 people. These numbers have accumulated as the result of just over 185 mass killing incidents where at least 3 people were killed.  Praise Allah!

During these Obama years, these purveyors of peace and love, better known as Islamic murderers, have used one barbarous method after another to end the lives of innocent people.

They have planted explosives in pressure cookers so they could blow the arms and legs off marathon runners,
they have stabbed people in shopping malls,
they have smashed in the skulls of women with rocks and boulders for the crime of being raped,
they have slit the throats of kidnapped Christians,
they have blown up buses full of children while wearing vests manufactured to conceal high explosives,
they have thrown gays from multi-story buildings,
they have buried alive infidels and apostates,
they have used machetes to completely sever the heads of prisoners and non-believers,
they have put infidels into cages, doused them with gasoline then set them ablaze to suffer horrible deaths,
they have used similar cages, packed with up to 20 prisoners and slowly lowered the cages into the sea,
they have lined up countless numbers of unarmed victims and executed them, one at a time.

In the light of this mayhem what has our Faux President decided to do?  He has declared that the number one problem is America’s Second Amendment. It’s quite clear, to the Usurper, at least, guns in the hands of the American people are a problem that must be dealt with.  One might wonder if he is worried that one of his Jihadists will be stopped before he completes Allah’s work.

For those liberals who up until now have failed to see that Obama places foreign Islamists’ interests above those of the American people, you had better understand that he is not just endeavoring to disarm and leave defenseless only conservatives.  You, too, my lemming friends, will find yourselves disarmed and defenseless.

It will be fools, possibly good intentioned, but fools nonetheless, like yourselves, who will have helped him help them kill you.

Obama: Diluting America One Jihadist at a Time added on Tuesday, July 5, 2016