“A NATION RUN BY CRIMINALS”

(Jun. 30, 2016) — This morning, yet another story on the devastating destruction of Venezuela crossed my desk. People are roaming the streets, rummaging through trash cans and killing domestic cats and dogs for food. There is no food in markets in Venezuela. Most hospitals have been shut down. In this oil-rich country, the refineries are barely functional and there is little-to-no gasoline. Venezuela now has very limited electrical power. Those who are able have, already, left the country. Although Venezuela had its political problems for many years—on a Caribbean cruise in the 1980s the cruise ship on which my husband and I were traveling couldn’t visit Caracas due to Leftist political turmoil raging in the city–its deconstruction and reconstruction as a 4th world country (one which has out of necessity reverted back to the hunter-gatherer modality) hadn’t yet occurred. Venezuela was back on its feet for some time before its utter demise was to begin, in 1999, under the brutal Marxist Hugo Chavez regime.

Before Chavez, there was still hope that Venezuela—once the richest economy in Latin America–would survive and become prosperous for the people again. However, when Leftists of any and all stripes take over an area, their policy is scorched-earth. The people’s prosperity and liberties end and the Leftists steal their land, other properties, their freedom, jobs and, ultimately, their lives. These parasites destroy each and every thing they touch and take everything from the people of the country and leave them with barren land and a dismantled, dysfunctional country. That is what we now have in Venezuela. This is what Obama and his ObamaGov (which includes many Leftists who have infested the Republican Party) have planned for the USA, and it has been on the World’s Luciferian Left agenda for a very long time. As I write this, the Luciferian Left continues on its way towards full implementation of its programs designed to destroy us. 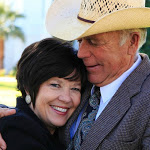 In the USA, the government (aka ObamaGov) is now openly involved in huge land grabs. With the government’s mercenary group the “Bureau of Land Management” (in Nevada it works almost exclusively for Democrat Senator Harry Reid) regularly steals land from its rightful owners, with the most publicized of his attempted grab being the Bundy Ranch. The US government owns well over 40% of the land in at least 9 US States, and under Obama the BLM has become violent against the rightful and legal owners of land who refuse to sell or relinquish their land to the ObamaGov. Many are now in prison for refusing to do so. Others have been killed by the BLM’s command, notably including LaVoy Finicum. The killing by Obama’s FBI agents is on video….see below. The two vehicles were legally on their way to a meeting with a Sheriff. The Feds did not want them at that meeting. They were illegally stopped by the Feds who believe their word is law even if illegal and there is no posed threat…the threat identified by the Feds was the sharing of information with other law enforcement and those who have invited them to speak. They were arrested and one of their members murdered because they were exercising their Constitutional right of free speech and were not “shouting fire in a movie theater.” In fact, the BLM unconstitutional grabs of US citizens’ private lands are now so regular and out in the open that even one of its employees is shown on video (see below) bragging about how she and the BLM ‘steal’ land from its rightful owners on a regular basis.

So did Hugo Chavez, Lenin, Stalin, Pol Pot, Hitler, Mao etc. This is what the criminals do and, make no mistake, Obama & Co are patent criminals of the highest order. Obama thuggery for the “elites,” along with his growing hordes in the leadership of both major US political parties, is growing rapidly. As I’ve written multiple times over the years, today almost all who run for political office want desperately to be corrupted by vast wealth and power. The people they’re supposed to be serving mean little to nothing to them. And once one’s connection to humanity is lost…all manner of evil is possible, probable and practiced. It’s happening now…in our country on a daily basis.

At this juncture, I truly don’t know if the USA has any more chances. We already seem to be in a death spiral. With lies upon lies coming from our government (just as in the old USSR and Nazi Germany), False Flags abounding and all manner of non-Constitutional actions from “our” federal government, we are already living in a nation run by criminals…criminals who do not effect any salient work product but want to steal ours and all we have.

Many have been sitting on the wall for years and shouting warnings about that which is now happening. Few listened. So, here we are. May God help us as either the final dark end of the country comes in November with a “let’s keep things the way they are no matter how evil and horrible” or “let’s try something new that will likely work to  end—at least—much of the corruption.” God willing, it’s still our choice for a few more months. Please choose wisely. This time, it really does mean you life and the lives of your loved ones.

US government owns over 40% of the land in at least 9 US States http://www.thedailyliberator.com/agenda-21-blm-land-grabbing-endgame/

Eyewitness to LaVoy Finicum’s Killing: All Gun Shots were fired by Feds as He had His Hands in the Air, Snipers in Trees – It was an Ambush http://freedomoutpost.com/eyewitness-to-lavoy-finicums-murder-all-gun-shots-were-fired-by-feds-as-he-had-his-hands-in-the-air-snipers-in-trees-it-was-an-ambush/

Ending Prosperity and Liberty For All but the World Elites added on Thursday, June 30, 2016