“A TRAITOR IS AT THE HELM” 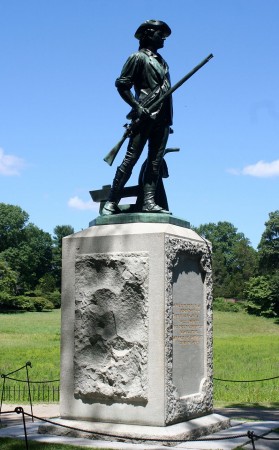 (Jun. 29, 2016) — Martial law is the imposition of the highest-ranking military officer as the military governor or as the head of the government, thus removing all power from the previous executive, legislative, and judicial branches of government. It is usually imposed temporarily when the government or civilian authorities fail to function effectively (e.g., maintain order and security, or provide essential services).

It is patently clear that there has been a near-coup within our federal government. A Traitor is at the helm. Our Lexington-Concord moment is at hand. We have no George Washington; therefore, the task falls to General James “Fighting Joe” Francis Dunford, Jr., highest-ranking military officer in the Service of these United States of America.

There could be no better choice in today’s military. General Dunford has been described as a “Fervent Catholic,” meaning he is a good Christian and possesses a solid foundation to ensure the continuation of “America IS God’s Chosen Republic” as the Holy Bible so vividly discloses.

In addition, this general has had an extraordinarily brilliant and extensive military career capped by his elevation to the pinnacle of our military establishment. Doubtless, General Dunford will, at that point in time when Obama gets too far out of line, declare Martial Law and set about re-establishing the Republic envisioned and planned by our Founding Fathers in 1787. General Dunford’s laudable 39-year military career is approaching its brilliant climax precisely when he is most needed. I should have loved serving under such a LEADER!

Martial Law Must Be Declared added on Wednesday, June 29, 2016

2 Responses to "Martial Law Must Be Declared"