“HE HAS BLOOD ON HIS CLOTHES” 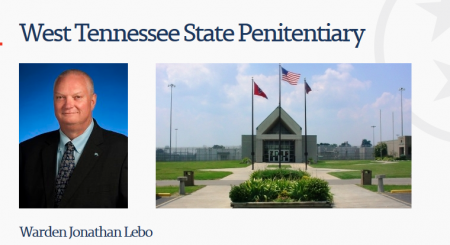 (Jun. 27, 2016) — On June 14, 2016, The Post & Email first reported allegations received from a credible source that a West Tennessee State Penitentiary (WTSP) inmate had been beaten by a number of correction officers until unconscious in early April in apparent retaliation for his having broken a window.

The inmate, John McCloud, suffers from mental illness, according to his mother, Rita Vickery, with whom The Post & Email spoke following receipt of the assault report from a source.  At that time, Ms. Vickery had not heard from her son since receiving one letter, although she and another family member had sent several letters to him afterward.

The source stated that after the beating, McCloud asked to be placed on suicide watch for self-protection, adding that cells within the “mental ward” where McCloud was placed “are very cold.  You can hang meat in them.”  Inmates placed on suicide watch “are stripped naked and locked down in stripped-down cells alone but under heavy observation,” we were told.

Last week, The Post & Email again attempted to speak with someone at the prison about McCloud’s health and welfare but encountered the same bureaucracy as before, with the person at Inmate Relations directing us to voice mail which was said by the next person with whom we spoke to have been the warden’s secretary’s.

We were then told to contact Tennessee Department of Correction (TDOC) Communications Director Neysa Taylor, who has been unresponsive to us over the last several months.

There appears to be no telephone option to reach the warden directly, which we have also found to be the case at other Tennessee prisons.

McCloud reportedly broke the prison window after discovering that $150 sent to his inmate account was confiscated by the state in its entirety to pay fees, when policy dictates that no more than 50% of the money in an inmate account can be taken at any given time.

Vickery readily admitted that when her son is frustrated, “he breaks things.”

On Monday morning, Vickery informed The Post & Email that she just received a letter from her son describing the beating in more detail.  She speculates that McCloud had help writing the letter because “he can barely read and write.”

Vickery stated that she has attempted to secure a civil rights attorney on her son’s behalf.  Several weeks ago, she spoke with Troy L. Bowlin II of the Bowlin Law Firm and believed he would take the case but reported today that she has not heard from him since then.

She believes that attorneys are generally unwilling to take cases on behalf of individuals with very little means.

Vickery said she suffered a heart attack two years ago and has been “having a lot of chest pain since all this, it is probably only a matter of time.”  She reports that she has no health insurance and is a full-time online college student majoring in Psychology with the intent of helping her son when he is released from prison.

About prisoners’ rights, the ACLU of Tennessee states (page 3):