Amazon Set to Share Employee Training Knowledge with Other Companies 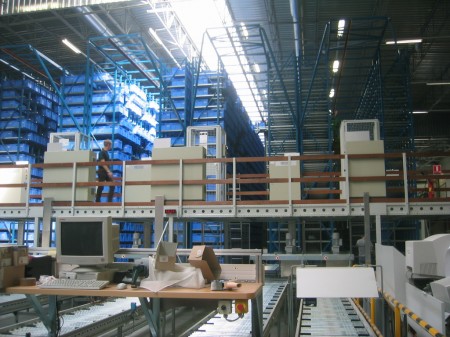 (Jun. 22, 2016) — Internet giant Amazon.com is about to share some of its top employee training and development secrets with other companies. Recently, Amazon announced that they’re willing to share the knowledge of how they’ve managed to put together a lucrative employee training program which allows entry-level staff members, the majority of whom are warehouse workers, to achieve better-paying careers both inside and outside of the company.

Amazon’s global leader for career advancement, Juan Garcia, announced in a LinkedIn post that the company is going to be ‘open sourcing’ the program, which is known as Career Choice. Essentially, this means that they’ll be providing the blueprints of their hugely successful employee training program free of charge to other companies. Garcia wrote that the purpose of this is so that other businesses will be able to not only use the program, but also build on it, tailor it to their own processes and cases, and improve on it. With more and more businesses realizing the necessity for employee training programs – for example Six Sigma training courses – this is likely to be something that a whole range of companies, both big and small, will be rushing to obtain.

Amazon’s Career Choice is a twist on tuition-reimbursement programs, which are commonplace amongst many employers. However, the difference with this employee training scheme is that Amazon prepays ninety-five percent of the total cost, and employees embarking on the course are not required to choose a study subject which will further their Amazonian career. In fact, in an unusual approach that’s unique to Amazon, the company is willing to pay for training in fields that lead to better jobs outside of the company. According to Amazon CEO Jeff Bezos in a recent interview at a California-based Recode conference, Amazon only pays for training which will lead to better paying jobs for their employees in high-demand fields, for example in health care or engineering. Bezos believes that no employee should feel that they are trapped in a job, and that companies should help their employees to achieve their career goals – even if it means that they’ll eventually leave.

Amazon’s seemingly generous move has come at a time when debates about pay inequality and stagnation amongst workers who are less educated have risen to the top of the national agenda. On pace to become the second-largest Fortune 500 employer after Wal-Mart, the tension around this subject is clearly visible within Amazon. Although the company does massive amounts of hiring within its ever-expanding warehouse network, salaries there are nowhere near those of other employees working at various further core locations. Amazon is also currently central to the debate about whether or not automation is set to take away jobs.

Career Choice works alongside community colleges to offer classes right at the warehouses, and a total of 6,000 Amazon employees have participated in this training program to date. A spokesperson for Amazon revealed that the information which is set to be shared includes how to pick courses to pay for, how to run program administration, and how to conduct classes on-site.