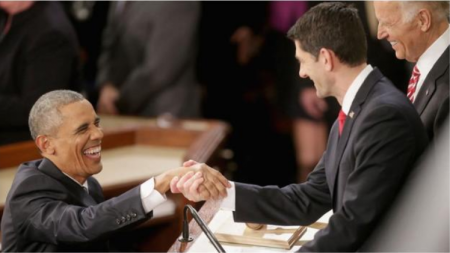 (Jun. 20, 2016) — [Editor’s Note:  The following was faxed to Speaker of the House Paul Ryan and Senate Majority Leader Mitch McConnell on Thursday.]

I do not suppose any of you aware because you are so busy doing party and personal business, but I have noticed a thing or two which may have escaped your unfocused vision:

THERE ARE TRAITORS AND CRIMINALS RUNNING LOOSE IN WASHINGTON! Obviously, I am mistaken. I was under the impression that it was, but at the moment, is NOT within the scope of your duties and responsibilities. Please advise me whose responsibility it is to IMPEACH a President who has twice committed TREASON, and in collusion with some dude named Eric Holder, violated Article 104 of the UCMJ, an act that resulted in the death of Border Patrol Agent Brian Terry and an uncounted number of Mexican nationals, thereby making them accessories to MURDER. Were you aware of these crimes? No?

Did you hear about an incident in Benghazi, Libya on, of all days, September 11, 2012? Our Ambassador, a career diplomat, was kidnapped, tortured, mechanically sodomized and murdered. Three other great, patriotic citizens, Sean Smith, Tyrone Woods and Glen Doherty, were also murdered. BUT, at this point, “What difference does it make?” verbalized by…Oh, yes, then-Secretary of State Hillary Rodham Clinton, the devoted civil servant, presidential candidate and serial liar and pride of the Democrat Party.

Now, down to business:  you purported to be and have sworn to be servants of We the People for 7 years, 3 months and 26 days but have abandoned your responsibilities and your sworn duties. It is blatantly and patently clear; your first and primary loyalty is to some misbegotten, criminal enterprise known by all as a Political Party. Your PACs are clear indicators of just how low you have descended. That alone marks you as disgusting sycophants of the WORST this ONCE, God-inspired Republic has to offer. You are identified as WORST for the simple fact that our Founders gave you ample tools to deal with an OBNOXIOUS Chief Executive.

However, the founders were unable to imbue the lot of you with anything resembling CHARACTER. Have you even read all 4,000+ words in our magnificent Constitution? The Founders devoted many hours to the problem with which YOU are obligated to deal. They obviously NEVER contemplated this nation would elect an individual without Judeo-Christian morality, but we did, to our chagrin and abject sorrow.

For some time, there have been NO impediments to the impeachment of Barry Soetoro-Obama other than the dilatory, suspect, disgraceful and deferential conduct of the last two Speakers of the House, “Crying John” Boehner and the opportunistic, seeker of pic-ops, can’t-make-up-his-mind, Paul Ryan.

The fact that a collusive and sycophantic Senate is seated makes absolutely no difference. Once the Senate trial has concluded and Obama is glad-handing its Democrat members, this faux president can then be taken into custody and served with a subpoena for his personal records sealed on January 20, 2009 by executive order. And if the House Judiciary Committee has done its job thoroughly, silently, unnoticed, in camera and in cooperation with the General Counsel of the House of Representatives, Obama could be incarcerated to await trial for any and all of his numerous crimes.

This should not be too difficult with a Congress having over 200 lawyers in its membership and at least seven in the Office of the General Counsel, all of whom are able to perform their judicial duties in any United States Court except the Supreme Court unless already qualified to do so. 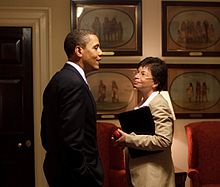 I leave you with this thought:  Barry Soetoro-Obama is not only a TRAITOR and a multiple criminal offender, he is a continued danger to America, has no love or respect for you, me or the other 300 million suspecting but apathetic citizens. I am NOT asking or begging; I am DEMANDING this Congress, the last during the tenure of the unqualified, abide by your Oath of Office. Every single one of you, by virtue of your office, has knowledge of Obama’s crimes.  Have YOU considered, as the law requires under Title 18 USC:

“§ 4. Misprision of felony Whoever, having knowledge of the actual commission of a felony cognizable by a court of the United States, conceals and does not as soon as possible make known the same to some judge or other person in civil or military authority under the United States, shall be fined under this title or imprisoned not more than three years, or both.”

You may satisfy this requirement by following the suggestions made above. The next President may decide to prosecute members of the 114th Congress under the cited law since there is no statute of limitations on crimes having the death penalty.

Just a last note:  I did notify U.S. Supreme Court Chief Justice John Roberts that Obama has committed Treason. I have done my duty as a patriotic citizen; I demand you do yours under the oath you swore to IMPEACH the TRAITOR OBAMA!