No country, nation or empire can long exist whose leaders are devoid of honor and intellect and whose majority of followers and supporters are nothing but useful idiots. Decades of voting for “the lesser of two evils” and support of a socialist indoctrination complex known as compulsory public education has destroyed any semblance of what was gained with this country’s rebellion against the power that was England in 1776.

“If the representatives of the people betray their constituents, there is then no recourse left but in the exertion of the original right of self defense which is paramount to all positive forms of government.” ~ Alexander Hamilton (Emphasis mine)

To say the American people have been complicit in their own destruction is a gross understatement of fact. The aforementioned compulsory public education has established a majority of people incapable of logical thought and the understanding of cause and effect. Only in such a perverted educational paradigm could anyone believe that disarming themselves in a violent society will make them safe. Also, to believe former members of the largest perpetrator of violence on our planet have the right to demand others give up their inalienable right of self-defense is insanity.

“It is criminal to steal a purse, daring to steal a fortune, a mark of greatness to steal the mind of a nation. The blame diminishes as the guilt increases.” ~ Friedrich Schiller

In our country’s founding history there was a great fear of a standing army and Patrick Henry warned us of the federal and state sheriffs eating out our sustenance. In the insane world of paradox, those who claim to be “conservative” of our individual rights have embraced both of these entities. No one supports “the troops” and law enforcement more than these “conservative” folks. Now, those two entities have proved themselves more than worthy of the fears of our founders.

Our military, operating unconstitutionally at the direction of the perceived “lesser of evils,” is involved in unprovoked, unconstitutional, aggressive wars around the planet which create more enemies who hate this country and its citizens than they can ever eliminate. Then, in what can only be described as national suicide, we openly facilitate the migration of those who hate us and wish us harm into our own society.

In addition, these elected evil characters whose sole attributes were the misguided perception they were less evil than their political opponents have enacted unconstitutional and draconian laws which the aforementioned federal and state sheriffs (law enforcement) are enthusiastically enforcing in contrast to our Bill of Rights. Yes, the morons in this country are supportive of their own destruction.

We now have two prominent “veterans” of the standing army advocating and forming a new “gun control group.” General David Petraeus and astronaut Mark Kelly have formed the group “Veterans Coalition for Common Sense” which they claim “will feature veterans from every branch of the military (standing army).” That is correct: those members of the military who traveled through the streets of New Orleans confiscating personal firearms would prefer you not have the means to resist their efforts in the future as will those carrying badges when these draconian laws are passed and ordered to be enforced.

These “veterans for common sense” who wear/wore the invincible shield of protection from unconstitutional acts known as a military uniform studiously avoid real common sense such as that mentioned by Professor John Lott in his book “More Guns, Less Crime” published in 1998. The devolution is complete; a Professor of Economics has more courage needed for common sense than former and current military leaders (heroes to all too many). Professor Lott asked a question in his book and this question should be asked of General “Betray Us” and astronaut (My wife was a liberal progressive member of Congress) Kelly. “Name a single place in the entire world where murder rates fell after gun control measures were passed.”

Professor Lott’s revelations in “More Guns, Less Crime” should be the topic of discussion by anyone with common sense, but this country’s idolatry of those in uniform and love and support of the lesser of evils has established a mental illness among the masses which prohibits cognitive discourse. Please find the faults in this description of Lott’s findings at the Center For Individual Freedom.

“Based upon broad data sources and examination of FBI annual crime figures for all 3,054 American counties spanning sixteen years, he found that waiting periods, gun buybacks and background checks “yield virtually no benefits in crime reduction.”  In contrast, Lott observed that “of all the methods studied so far by economists, the carrying of concealed handguns appears to be the most cost-effective method for reducing crime.”

Last week the plastic talking heads and witless bimbos of the mainstream media were drooling all over themselves about the shooting in an Orlando gay nightspot. Any loss of life should be tragic but to the harpies in the MSM only those lives which promote a socialist progressive agenda really matter. In Orlando, allegedly, something over 100 people were shot with 49 losing their lives. We saw pictures and heard life stories of those shot and killed. But why are these lives the only ones deemed worthy of discussion by the MSM? Could these people be racist? Are their reporting protocols based on blatant racism?

Last week on the streets of Chicago, 117 people were shot, the majority being of minority status; 22 of them were killed. So far in the month of June, 272 people have been shot, with 49 of them dying of their wounds. This year in Chicago, 1801 people have been shot with the subsequent deaths of 280 wounded souls. (source: www.heyjack***.com) Again, the vast majority of victims in Chicago are of minority status—but the people in the media seldom if ever mention them or weep over their lost lives and children left behind. Why? Could it be because the Second Amendment virtually does not exist in Chicago and this fact alone blows the argument and stated premise for gun control out of the water? Do black lives only matter when it conforms to a political agenda?

Yes, Chicago, along with the state of Illinois, now has a concealed carry provision in its statutes, but this is only because the state of Illinois lost its appeal in the federal court of appeals to deny the right of self-defense to its citizens. In the meantime, the administration of Progressive, Liberal, Socialist, dual-citizenship-holding Mayor Rahm Emmanuel has done everything within his political power to neuter this provision. Mayor Emanuel is derisively known as the “Tiny Dancer” to the police in Chicago who have, according to their blog, assumed the “fetal” position as concerns their duties, especially since the good mayor has referred to the police there as “racist” and the real source of the violence. (Source: www.secondcitycop.blogspot.com) By the way, a study has named Chicago the most corrupt city in the U.S. Arguably, the most corrupt cities in this country are those headed by progressive socialist liberals and those with no Second Amendment protections. Obama has done much to convert this entire country into a replica of Chicago, with the help of the Republicans in Congress, of course.

Even with the Illinois concealed-carry law, one cannot be legally armed in a school, bars, restaurants, movie theaters and grocery stores in Chicago. Grocery stores—are you kidding me?

There has been a lot of discussion, even among politicians, about being able to carry concealed in an establishment that serves alcohol. There is an easy fix for this perceived problem. Supposedly, we advocate for “designated drivers” when going in groups to such establishments. We are told this is the responsible thing to do. Then why should we not have a “designated” armed protector who could of course double as the sober driver? Is this not just as responsible?

Many of our founders understood the perils of placing so much power in the hands of politicians, a standing army and federal and state sheriffs. Patrick Henry correctly predicted the loss of individual rights that would occur when either or both were embraced by the masses in the Virginia Ratification Convention in June of 1788.

“The Federal Sheriff may commit what oppression, make what distresses he pleases, and ruin you with impunity: For how are you to tie his hands?” 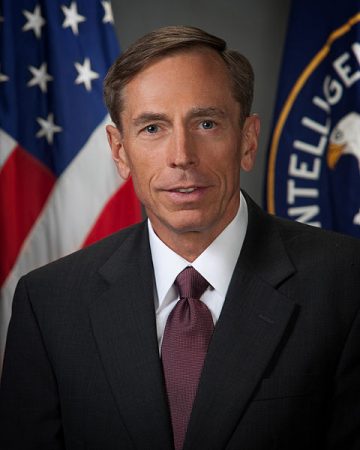 General David Petraeus would have the law-abiding people of this country disarmed. The good general should have been tried for treason for providing his mistress with classified documents. Yet, because he wore the protective shield from unconstitutional acts known as a military uniform, he now commands tens of thousands of dollars for public speeches and is advocating and forming a political action group with other veterans which advocates for the destruction of our Bill of Rights and the right to defend ourselves and our loved ones from the violence perpetrated by the very enemies our government has created. The Federal Sheriffs in the FBI and Department of Homeland Security are falling in line just as Patrick Henry predicted they would. They also advocate for unlimited immigration of those who wish to visit their retribution on the citizens of this country. And this is common sense?

For those in our country who are so delusional as to believe the military and law enforcement officials will not enforce the coming gun confiscation laws, just look to how the past 5 decades have been a tragic illustration of how both entities have ignored any constitutional restraints on their actions. Everyone in the Second Amendment community except for a few of us die-hards are ecstatic over the “concealed carry” laws which have been passed in this country. Little do these folks realize that by agreeing to these laws the masses have acquiesced to the belief that the government must/can authorize those it deems worthy of exercising their constitutional rights and exclude all others.  This is a complete and total destruction of the principles of individual rights. This effectively establishes the right of government to not only vet those who request their rights be observed, it establishes the power of government to collect fees for this vetting process. This is as ludicrous as attending a gun show where one can buy a gun but cannot carry it loaded for his/her own protection within that venue, even if the government has granted you the right to do so.

The only rights you possess in this country are the ones the government is willing to let you exercise with their permission and those you are willing to pay for.

The body of freedom has expired in this country. The slow walking and sad singing is almost over as well. If you want to know who is to blame—there should be a mirror somewhere close.

It’s All Over but the Slow Walking and Sad Singing added on Monday, June 20, 2016