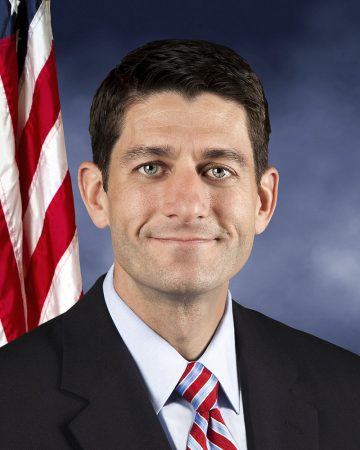 (Jun. 17, 2016) — After Donald Trump clinched the GOP presidential nomination, Speaker of the House Paul Ryan was not satisfied. He spent weeks withholding his official endorsement, while preaching the need for “unity.”

After meeting with Trump a number of times, Ryan gave a very lukewarm endorsement of the businessman turned politician in his hometown newspaper. In an editorial for the Janesville Gazette, Ryan wrote that Trump would be able to work with Congress to “help improve people’s lives.”

Soon thereafter, Ryan was stabbing Trump in the back, doing the bidding of the liberal media and Hillary Clinton. In fact, Ryan is being more helpful to Hillary Clinton than any Democrat on Capitol Hill. Right after endorsing Trump, Ryan told the Associated Press that he hopes the campaign “improves its tone.” Instead, Ryan should have been criticizing the “tone” of protesters who burn the American flag, as well as taunt and punch innocent Trump supporters at the candidate’s rallies. Unfortunately, Ryan has been silent about those brutal attacks on the 1st Amendment rights of Trump supporters. He is much more interested in damaging the presidential chances of the maverick GOP businessman.

In the aftermath of Trump’s statement that the Mexican heritage of federal district court Judge Gonzalo Curiel’s may be the reason for his “biased” handling of the Trump University class action lawsuit, Ryan unleashed a furious assault on his supposed choice for President. He called Trump’s remarks “absolutely unacceptable,” and “the textbook definition of a racist comment.” With such friends as Paul Ryan, Trump certainly doesn’t need any enemies.

These incendiary comments gave the liberal media plenty of fodder to label Trump a “bigot,” “racist” and “white supremacist” who hates minorities. Of course, these charges are ridiculous for Trump has employed thousands of minorities and truly helped them in ways much more tangible than anything political hacks like Hillary Clinton or Paul Ryan have ever done.

The Ryan assault has been a calculated and planned effort to undercut Trump as he tries to unify the party in advance of the GOP convention in Cleveland. Clearly, Ryan wants to insure that Trump loses so he can run for President in 2020 as the establishment’s candidate. In an interview with Meet the Press to air on Sunday, Ryan told Republicans to “follow their conscience” on whether to support the ostensible GOP nominee or not. This was a crystal clear invitation to convention delegates and members of the House Republican Caucus to retract their support for Trump.

At a news conference on Thursday, Ryan said that it was “not my plan” to withdraw his endorsement of Trump even though he continued to conduct media interviews and denigrate the presumptive GOP nominee.  After the Orlando terrorist attack, Trump rightly reiterated his support for a temporary ban on Muslim immigration into this country; however, Ryan expressed his disapproval of such a plan, which has the support of 64% of Republican voters nationwide. In fact, in a Huffington Post interview, Ryan suggested that he may “sue” a President Trump if he proceeds with the Muslim ban or the effort to build a border wall.

The threat of a lawsuit is just another indication that Ryan agrees more with Hillary Clinton than Donald Trump. Along with supporting more Muslim immigration and opposing a border wall, Ryan is aligned with Hillary Clinton on a host of other issues as well. In fact, The Washington Post outlined at least five areas that a President Hillary Clinton and a Speaker of the House Paul Ryan could find common ground. In contested matters such as amnesty for illegal immigrants, criminal justice reform, international trade deals, hawkish foreign policy, and using the government to fight poverty, Ryan and Clinton share similar views.

In effect, the Speaker and Mrs. Clinton are ideological soulmates. Ryan likes to bash Trump as a candidate who needs to change his positions and “tone,” but the one who really needs to change is Ryan, who is out of step with the majority of Republican voters on many important issues such as trade and immigration.

If Trump gets elected, he will certainly not champion the establishment agenda of Speaker Ryan. Thus, it is pretty obvious, for personal and political reasons, the candidate the Republican House Speaker really wants to be elected President of the United States is liberal Democrat Hillary Clinton.