“VOTING WITH THEIR LIVES” 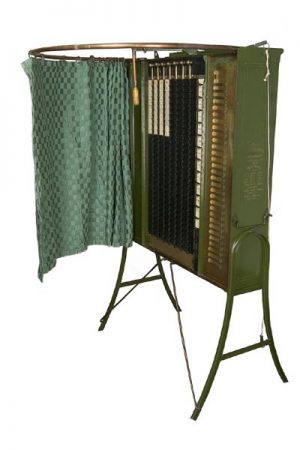 (May 27, 2016) — “Good evening, ladies and gentlemen, and welcome to another informative show of ‘Pulse of the Nation,’ where we waylay people just like you on their daily trek down this sidewalk. We’re back under the awning across from the railroad station again, near our favorite burger joint. And here comes our first victim, I mean, interesting person, to interview.

“Excuse me, sir, Roving Reporter and crew for ‘Pulse of the Nation.’ Spare a minute to answer a few questions?”

“Oh, sure, I know you. Well, I don’t ‘know’ you, but the wife and I watch your show every night, if you get my meaning.”

“Yes, and thank you. And here’s the question: where are you off to today?”

“To see if I can collect some unemployment or Social Security Disability payments, or both, plus Food Stamps. Maybe I’ll learn a couple of words of Spanish and try and pass myself off as an illegal immigrant; they seem to get a lot of the benefits, at least more than Veterans.

“But then again, maybe I can pretend I’m some sort of Islamic ‘refugee’ and get even more government handouts; you know, free apartment and all. I’ll tell them I prefer 5th Avenue near Central Park with a view and a car with optional chauffeur.”

“I take it you lost your job; what did you do?”

“I was a pundit; been on every radio and TV station across the country, that is, until I started to get tired of the ‘talking points’ and started to tell the truth.”

“So the truth got you fired?”

“I used to say it was going to be a ‘close race,’ but then I started to say Trump is going to win in the biggest landslide this country’s ever seen, thanks to people like Harry Reid.”

“What does Harry Reid have to do with it?”

“The other day Harry said that he’s been a politician for 50 years, and that’s the problem, isn’t it? People just like Harry Reid failed to stand up and do what’s right for the country, and now look at it: $20 trillion in debt; 20+ million illegal immigrants; importing Muslims; border still wide open after 50 years; trade balance askew; military weaker than ever; and so forth.

“You see, they’re so out of kilter they can’t ever see the problem, so I told them and they fired me.”

“As long as they have Muslims – or their own pundits– on who recite the line of ‘misunderstood; moderate and peaceful,’ no way.”

“Well, good luck on collecting from the government. What’s that on your lapel?” 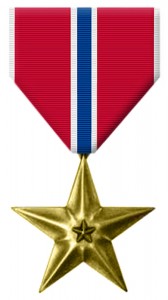 “Oh, it’s my Bronze Star medal I got serving in Vietnam.”

“Better put that away, because if they saw it at one of the government buildings they’d probably arrest you for being a Patriot. Good luck.

“Excuse me, ma’am, Roving here for ‘Pulse of the Nation.’ So, tell our viewers, if you’d be so kind, what’s your concerns with your life?”

“Well, to tell the truth, I was listening to what that man was saying, about getting fired for telling the truth, and it got me to thinking. I believe he’s right and I’ll tell you why.

“Now, a lot of people keep their thoughts to themselves; I mean, maybe they support Trump but are afraid to say so, understand?”

“So these ‘Anyone but Trump’ idiots; maybe when they go into the voting booth they vote for Trump, right? I mean, when it gets down to the nitty-gritty, people will support safety over getting their throats slit, being beheaded, or, if they’re gay, thrown off a tall building. What I’m trying to say is that once in the voting booth people will vote with their lives, which is why it’ll be a landslide for Trump.

“And here’s the added bonus: by all America voting for Trump, if the Muslim Brotherhood and their bankers – that would be CAIR – haven’t taken notice of what we think of their murderous ways, well, they will then, won’t they? If 100% of Americans voted for Trump then maybe the rest of the world will respect us a heck of a lot more, even before Trump takes office.

“Think about it: what’s in it for the voter to vote for anyone other than Trump? More welfare, lost jobs, Food Stamps? More manufacturing going out of the country; more NAFTA; more IRS targeting; more Federal Reserve shenanigans; more UN and Agenda 21’s coming our way; more of the same, but worse? Do we want more unbalanced trade in an unbalanced world? And more attacks on our sacred 2nd Amendment?

“Look, that’s the whistle for my train. See you.”

“Hey, thanks for you comments. Well, thanks for watching tonight, and so, on behalf of my crew, I’ll be wishing you all a good night: Goodnight.”