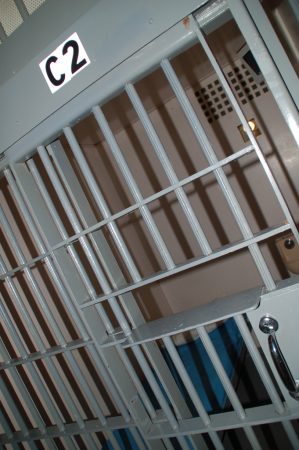 (May 24, 2016) — Several more relatives of inmates at a privately-run prison in Hartsville, Trousdale County, TN have come forward to detail their observations of conditions within the facility and the effects on their respective loved ones.

The Trousdale County Correctional Center (TTCC) in Hartsville is built on property purchased by Corrections Corporation of America (CCA), a contractor for the State of Tennessee, which operates four facilities there and approximately 60 throughout the country, primarily in the South, Southwest, and Western states.

CCA’s “Facility Support Center” is located in Nashville.  There also appear to be three “detention facilities” separate from the correctional centers in Tennessee.

More than one relative told us that while Tennessee contracted with CCA for the four existing prisons, only one should exist, which The Post & Email is investigating.

The Post & Email’s reportage about the prison, which appears to be severely understaffed since its opening in January, began last week after an inmate recently relocated there recorded his observations in a series of a half-dozen letters.

After posing a number of questions to a CCA media representative stemming from the letters, we were promised a response which never came despite follow-up prior to publishing a second article on Friday.

Although the inmate was writing to us at the rate of two letters a week through the month of May, we have heard nothing from him in almost a week.

Since Friday, The Post & Email has heard from several individuals whose relatives are housed at TTCC and are concerned that their loved ones are not receiving adequate medical, hygiene, and nutritional care.  The relatives corroborated the inmate’s account that prisoners without disciplinary records are confined to their cells for the entire day and night with the exception of one hour because there are not enough corrections officers to oversee routine activities.

The inability to shower more than once a week and poor food were also reported.

One of the relatives, Bridget Thweatt, spoke with The Post & Email on Sunday night and provided documentation of CCA’s visitation policies which to her appeared to be excessively restrictive.  She also claimed that mail to and from inmates is presently being “blocked because they know that we’re telling.”

In an online support group for relatives of prison inmates, Thweatt and others wrote that there had been two lockdowns on Sunday at TTCC which interfered with visitation.  Thweatt was traveling three hours each way to see her husband, who has complications from surgery three years ago carried out while he was incarcerated as well as other existing medical concerns.

Hepatitis C has become a serious concern in Tennessee prisons.

On Sunday Thweatt told The Post & Email that visits are sometimes cut short or do not take place at all if a lockdown is announced and that she has waited hours to see her husband after arriving and signing in at the facility.  She attributes that, too, to shortstaffing.

Thweatt opined that the food her husband receives is substandard and that she has made Trousdale County commissioners aware of the staffing shortage at the facility.  In the March 2016 County Commission’s Minutes, commissioners are recorded as having said that the “turnover” at TTCC is “normal,” even though the institution opened its doors for the first time in January.

After Thweatt spoke with WSMV, Channel 4 in Nashville, about the long waiting times for visitation, her husband was unexpectedly moved to another CCA facility in the middle of the night.  She reported that her husband was told by those shackling him in preparation for the move, “Tell your wife to go to take this to the media.”

While the warden’s office has declined to answer our questions, we were told by one relative that Warden Blair J. Leibach‘s secretary, Jil Phlipot, has “been kind” and attempted to assist with some of her concerns.

One of the recurring themes mentioned by the relatives was the likelihood that the “criminal justice” system in Tennessee appears to have a penchant for prosecuting people without financial means.  “The common denominator among the inmates is poverty,” said one relative.

Another problem with which prison staff and inmates are faced is the high percentage of mental illness among inmates.  An October 2014 report from the American Psychological Association states that “about half” of those incarcerated in the United States suffer from “mental health problems” of one kind or another.  Some have multiple mental-health issues.

In keeping with eyewitness accounts of cruel treatment and the unreasonable holding of inmates in Tennessee’s county jails, The Post & Email was recently told that a Sullivan County jail inmate, Joey Cunningham, committed suicide in 2014 after “officers came in dressed in white and opened fire with paintballs on a cot-ful of sleeping inmates.  They told them to crawl; one who couldn’t crawl fast enough they dragged; the man had a colostomy; they left him sitting in his own filth with the bag leaking until 4:00 or 5:00 that evening; a week later, the man committed suicide.”

When we asked our source, “Was it made public?” the response was, “No, it wasn’t.”  Indeed, there appears to have been very little coverage by the mainstream media and no investigative reporting.

An entry at the Prison Reform Movement website appears to corroborate the source’s story.

On the topic of mental illness in prisons, a Human Rights Watch report from May 2015 states:

Across the United States, staff working in jails and prisons have used unnecessary, excessive, and even malicious force on prisoners with mental disabilities such as schizophrenia and bipolar disorder.

Corrections officials at times needlessly and punitively deluge them with chemical sprays; shock them with electric stun devices; strap them to chairs and beds for days on end; break their jaws, noses, ribs; or leave them with lacerations, second degree burns, deep bruises, and damaged internal organs. The violence can traumatize already vulnerable men and women, aggravating their symptoms and making future mental health treatment more difficult. In some cases, including several documented in this report, the use of force has caused or contributed to prisoners’ deaths.

The National Institute of Corrections, a U.S.-government agency, reported in October 2010 that “Our nation’s jails, prisons, and community corrections agencies are confronted daily with substantial numbers of persons with mental illness in custody and under supervision. Mental illness in corrections demands an urgency of response, services, and care. Correctional staff have attempted to manage individuals suffering mental illness with varying degrees of success.”

In March, Leah Pope of the Vera Institute of Justice wrote that “There is growing attention to the intersection of poverty, mental illness, and criminal justice. Just last week, Vox published an article describing how the criminal justice system has become the default mental health system in the United States. And Vera recently released The Human Toll of Jail, featuring a story—later shared on Vice News—about how Chicago’s jail has become its largest mental health facility. Research estimates that approximately 15 percent of men and nearly one-third of women in jail settings have a serious mental illness and that rates of serious mental illness in state prison popula­tions are at least two to four times higher than community populations. But despite increasing recognition that the number of people with serious mental illness in the U.S. criminal justice system has reached unprecedented levels, existing interventions have done little to reduce these numbers.”

The death of mentally-ill inmate Darren Rainey in Dade County, FL in 2012, reported by The Miami Herald as a murder based on witness and medical statements it obtained, was ruled “accidental” three years later.  “A psychotherapist in the unit who had complained about the treatment of mentally ill patients had recently been fired before Rainey’s death…and the medical staff worried that they would lose their jobs if they talked,” the newspaper reported.

In 2012, WSMV in Nashville reported that “Prison violence in Tennessee is skyrocketing, and watchdog groups say a rise in violence since a new commissioner took over is alarming,” referring to Tennessee Department of Correction (TDOC) Commissioner Derrick Schofield, who was appointed by Gov. Bill Haslam in 2011.

Last August, as the legislature began to focus on the reported deficienies within the state’s penal system, Lt. Gov. Ron Ramsey said that “the problems are real.”

Haslam’s office has not been responsive to reports of inmate mistreatment, whether allegedly occurring in county jails or prisons.  Corruption within the offices of sheriffs, district attorneys general, and the entire judicial system have been confirmed by this publication on multiple occasions over the past six and one-half years.

A gang uprising last July at the Northwest Correctional Complex (NWCX), a state-run Tennessee prison, resulted in at least eight hospitalizations which one inmate proved, through official documentation sent to The Post & Email, were recorded in the TOMIS system as “illness” rather than “injury.”  Following a legislative subcommittee hearing in late August during which short-staffing, overwork and poor conditions for corrections officers were discussed, the entries were changed to say that the reason for the hospitalizations was “injury.”

As violence has risen within the state’s prisons, so, too, have the salaries of TDOC “executives,” The Tennessean reported last July.

Although calls arose within the legislature for Schofield to resign last summer, he remains at his post with the Haslam’s full support.

The relatives told The Post & Email that because CCA is a private corporation, it is not “accountable” to Tennessee taxpayers.  Also reported is that if a private prison is not filled to capacity, by contract, the county must make up the difference in lost revenue.

Inmate Walter Francis Fitzpatrick, III, who was incarcerated in August 2014 after attempting to expose judicial and other public corruption in McMinn County, has described a “prisoners-for-profit” enterprise in which inmates are forced to take courses for which they do not qualify in order for the prison to bill the federal government.  Fitzpatrick has been housed only in state-run prisons, the latest being the West Tennessee State Penitentiary (WTSP), which has recently been converted to encompass a female housing unit and “maximum-security” male facility.

Fitzpatrick is a minimum-security inmate who has reported untreated medical issues while incarcerated at NWCX.  After receiving fairly regular letters from him over the past 20 months, The Post & Email has not heard from Fitzpatrick in approximately six weeks.

Fitzpatrick had originally exposed grand jury corruption in Monroe County which is widespread throughout the state in the utilization of judicially-hand-picked grand jury foremen who serve for years or sometimes decades.

Retaliation against their incarcerated loved ones is a major concern with those who most recently communicated with us.  We were told that because of correctional system culture, “an officer who is kind to the inmates is labeled an ‘inmate-lover.'”

The TTCC inmate who wrote to us had said that spiteful correctional officers “fail to realize they are not here to punish us.”

“That was done by the trial court,” he concluded.

“A Just Cause” radio show broadcasts every Tuesday on the topic of prison reform and “wrongful convictions.”  Another resource is Prison Legal News, a project of the Human Rights Defense Center.