WHEN THEY GO INTO THE REAL WORLD, COLLEGE AND HIGH SCHOOL GRADS WILL ACTUALLY HAVE TO THINK 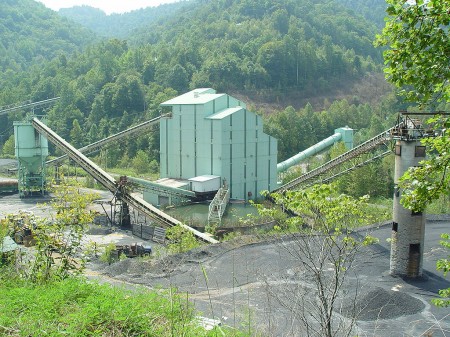 (May 22, 2016) — As they don caps and gowns, endure commencement speeches and take their diplomas, many high school and college graduates face bleak prospects in an economy that grew a dismal 0.5% the first quarter.

Many who are working hold multiple jobs to make ends meet, while others are toiling at temporary, part-time or “gig” jobs, at lower pay, with few benefits and little job security.

They and the graduates may be hoping that Donald Trump will “Make America great again,” Hillary Clinton will “revitalize” our ailing economy, or Bernie Sanders will “invest” trillions of tax dollars to train and employ millions of young Americans in a 100% clean energy economy.

Like the candidates, they may be blaming our economic woes on China, climate change, Wall Street, the one percent, Mexico, inadequate supervision of greedy capitalist corporations, unpatriotic companies fleeing to foreign shores, or insufficient tax revenues to support essential government programs.

All are appealing excuses, but the real answer is much closer to home and involves multiple self-inflicted wounds. Most legislators and regulators are loath to admit any responsibility for our economic woes, and most graduates will find it hard to analyze the problem. However, the analytical process is essential.

The difficulty for students and graduates is that most were not taught how to think. Their teachers too often present mostly liberal-socialist ideology as unassailable fact, discourage or prohibit discussion and debate, and shelter sensitive snowflakes via speech codes, safe zones and bans on verbal microagression.

While raking in millions of taxpayer dollars for climate research, a cabal of RICO-20 university professors has gone even further. It has asked US and state attorneys general to launch racketeering prosecutions of anyone who disagrees with alarmist views on “dangerous manmade global warming.”

World-renowned physicist and Nobel Laureate Richard Feynman’s admonition has been largely discarded in the halls of academia. “I would rather have questions that can’t be answered,” he said, “than answers that can’t be questioned.” Sadly, answers that none dare question now dominate classroom life.

And so, as you and graduates in your family or circle of friends leave those institutions of rote learning and go into the Real World, you will have to undertake your greatest challenge: learning to think.

Examining, questioning, discussing and challenging hypotheses, assertions and accepted “facts” are always absolutely essential for scientific, technological and societal progress. In this election year, it behooves us all to demand details from candidates, honestly assess whether their proposals will improve or worsen our economic situation, insist on and participate in rigorous debates, and cast informed votes.

As you try to understand why our economy has been so anemic, why so few jobs are being created, and why one in three young American voters supports socialism as better than free enterprise – here are just a few realities to ponder.

God gave Moses Ten Commandments. The federal government has given us tens of thousands of commandments, enforced by millions of nameless, unelected bureaucrats who have nearly unfettered discretion to interpret and administer their rules. Complying with them costs American families and businesses $1.9 trillion per year. That’s more than the entire Russian economy, more than the IRS collected in corporate and personal taxes in 2015, and $15,000 in hidden costs for every family.

The Obama Administration has been publishing 80,000 pages of new regulations per year – and is preparing to unleash 3,000 more rules before it leaves office. Small businesses are hurt most, as they cannot possibly read, comprehend and comply with this regulatory tsunami. They thus live in fear that any unknown or inadvertent violation will result in massive fines or even jail time. Indeed, more than 4,500 federal rules carry criminal penalties, and lack of knowledge or intent is no defense.

Coupled with the highest corporate tax rates in the developed world, new hourly wage and overtime rules, and mountains of state and local regulations, these federal edicts dramatically impair hiring and growth.

This unintended job and economic destruction has shrunk middle-class family incomes by more than $1,000 per year during the Obama era, sent 3 million more families into poverty, and added over 600,000 black Americans to the overall poverty number. The intentional damage is even more insidious.

The Obama EPA’s war on fossil fuels has contributed greatly to the loss of nearly 50,000 coal industry jobs since 2008. Mrs. Clinton has made it clear that she will “put a lot of coal miners and coal companies out of business,” if she is elected. Like Senator Sanders, she also wants to eliminate most US oil and natural gas production – while ignoring the fact that fossil fuels still provide 82% of all US energy.

That would mean vastly more land-intensive, heavily-subsidized wind, solar and biofuel substitutes. It would send electricity and motor fuel prices skyrocketing to levels now found in California and New York, or even in Britain and Germany: double, triple or quadruple what most Americans now pay.

For hospitals, factories, school districts and other major energy users, that would bring thousands to millions of dollars per year in higher costs – and thus countless more lost jobs and closed doors.

Obama, Mrs. Clinton, Mr. Sanders, most Democrats and even some Republicans justify these self-inflicted wounds by saying they are necessary to prevent catastrophic global warming and climate change. But even if plant-fertilizing carbon dioxide is a primary culprit – and thousands of scientists say it is not – even shutting down all US fossil fuel use would bring no benefits, amid tremendous pain.

China alone accounts for 80% of the entire world’s increase in coal consumption so far this century. It now consumes as much coal as the rest of the world combined. The 155 new coal-fired power plants it is currently planning to build will burn twice as much coal as all of Germany’s existing plants do. Coal generates 67% of China’s electricity, oil and natural gas 23%, hydro 10%, and wind and solar combined only 2 percent. Nearly a billion Chinese still exist on less than $5 per day, and the Middle Kingdom will be burning fossil fuels for decades to improve their living standards. 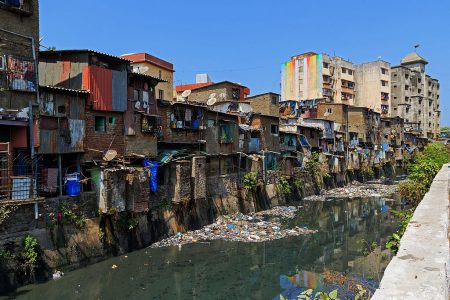 India, Indonesia, the rest of Asia, all of Africa and much of Latin America are in the same situation. All are burning coal, oil and natural gas to lift billions out of abject poverty – and will continue doing so.

America’s political classes always protect themselves. It is poor, minority, middle-class and blue-collar families that will suffer – along with most of you graduates – from these all-pain/no gain climate policies.

Politicians always like to show they care, by giving other people’s money to worthy causes, their favorite voting blocs and their campaign contributors. They are far less charitable with their own money. Joe and Jill Biden raked in $333,182 in 2009 – and gave just $4,820 to charity; during the previous decade, they averaged $369 annually. Between 2007 and 2014, the Clintons “earned” $139 million; they gave $14,959,450 to charity – but 98.7% of that went to the scandal-ridden Clinton Family Foundation.

Socialist and anti-energy policies boil down to strangling jobs and wealth creation … making the economic pie smaller and smaller … taking money from hard-working taxpayers and giving it to “less fortunate” people who aren’t working but will likely vote for politicians who promise them “free stuff” … and ensuring “more equitable sharing” of ever-greater scarcity, poverty and misery (for non-ruling elites).

As to telling poor countries to stop using fossil fuels, it is an unconscionable crime against humanity to impose policies that pretend to protect Earth’s poor, malnourished and energy-deprived masses from hypothetical climate chaos – by perpetuating poverty, malnutrition and disease that kill millions of them every year, right now.

Think about all of this as you take your diploma, evaluate candidates, and head to the polls.

Graduates Face a Big Challenge added on Sunday, May 22, 2016