AN “EXCESS PASSION FOR LIBERTY?”

(May 20, 2016) — We left off our previous discussion with the 12 people who met in Annapolis, Maryland in September of 1786. We learned that of the twelve, John Dickinson, a man who refused to sign the Declaration of Independence and supported England in the Revolutionary War was elected Chairman of that group unanimously. It also should be noted that John Dickinson drafted the Articles of Confederation in 1776, was a delegate to the Convention of 1787, but had a proxy sign the constitution in his stead.

We learned this convention had been called after the Congress found no interest in amending the Articles of Confederation as requested by Alexander Hamilton and it was apparent these twelve representatives wished to circumvent the Congress in their desire to “strengthen” the government and give it more “energy.”

History reveals that when men seek to strengthen and energize government, they do so believing such actions will benefit them directly and seldom if ever benefit those being governed.

Most interesting is that two delegates to the Annapolis Convention; Hamilton and Madison, would, along with John Jay, assume the title of Federalists when in truth their designs for a future government were anything but federal and were strongly nationalist or monarchical. Their presentations for a new form of government in the Convention of 1787 are proof positive.

Alexander Hamilton, James Madison and John Jay wrote the Federalist Papers which are revered today by many. The problem is: these essays were simply an ad campaign or a marketing strategy to convince the people to accept the new constitution absent a Bill of Rights. Look at what the Federalist trio actually did, not what they said or wrote. The Federalist Papers were not read widely in other states before the Constitution was ratified.

When the nationalists/monarchists, masquerading as Federalists, left Annapolis in September of 1786, their goal was to completely overhaul the ruling documents and create a more centralized form of government while scrapping the restrictive Articles of Confederation. But, they knew presenting their plan as such would not gather the support they needed to secure delegates to a convention they intended to control.

The delegates to the Annapolis Convention were able to convince Congress that the Articles of Confederation were deficient and needed a convention of states to recommend amendments. These delegates were fully aware that in order to get a majority of people to vote contrary to their own interests, coercion of some form was absolutely necessary and the means of coercion were not to be found in the Articles. What occurred with the scrapping of the Articles of Confederation and the introduction of the Constitution was a counter-revolution to our War for Independence. The new Constitution provided a strong nationalist document with unlimited taxing powers. Not significantly different from the form of government the colonists had endured under King George III.

Historian Sheldon Richmond* said this relating to what the presentation of the Constitution as opposed to amending the Articles of Confederation actually accomplished.

“…it was a counter-revolution, in many ways a reversal of the radical achievement represented by America’s break with the British empire. The constitutional counter-revolution was the work not of radicals, but of conservatives who sought, in the words of Robert Morris, the ambitious nationalist Superintendent of Finance under the Articles of Confederation, a nation of “power, consequence, and grandeur.”

Like politicians of all ages in history, the nationalists/monarchists knew that to accomplish their goals, subterfuge was required. (Wait until we pass it, then we can see what is in it) Therefore, the rallying call for the Philadelphia Convention in May of 1787 was formed on the idea of “amending” the Articles of Confederation.

Notwithstanding the rhetoric of the nationalists/monarchist’s concerns of the weakness and inability to deal with issues of commerce and trade, when boiled down to the lowest common denominator, the real issue they had with the Articles was a lack of ability to coerce the populace to accommodate their political agenda. This excerpt from a letter from George Washington to John Jay in August of 1786 well illustrates my contention.

“We have probably had too good an opinion of human nature in forming our confederation. Experience has taught us, that men will not adopt and carry into execution measures the best calculated for their own good without the intervention of a coercive power.

Many are of the opinion, that Congress have too frequently made use of the suppliant, humble tone of requisition in applications to the States when they had a right to assert their imperial dignity and command obedience.”

The implication found in this short passage reveals the nationalists/monarchists belief the leaders of this new country had the “right to assert their imperial dignity” and to “command obedience” from the people. Not much different in structure and idealism from the words pouring forth from the political leaders of today.

The State of North Carolina is now fighting an edict from the central government to allow perverts in the restrooms and showers of their state while a federal judge this week issued a ruling requiring the State of Kansas to grant voting rights to people who cannot prove their citizenship; A perfect example of the central government “commanding obedience” from the states.

It is important to know that the Congress of the State of Massachusetts when initially asked to provide delegates to a convention that would strengthen the Articles of Confederation responded thusly:

“More power in Congress has been the cry from all quarters, but especially of those whose views, not being confined to a government that will best promote the happiness of the people, are extended to one that will afford lucrative employment, civil and military. Such a government is an aristocracy which would require a standing army and a numerous train of pensioners to prop and support its exalted administration.”

The nationalists/monarchists, posing as Federalists, must have been incensed at those words. John Jay wrote to George Washington:

“Private rage for property suppresses public considerations, and personal rather than national interests have become the great objects of attention.” 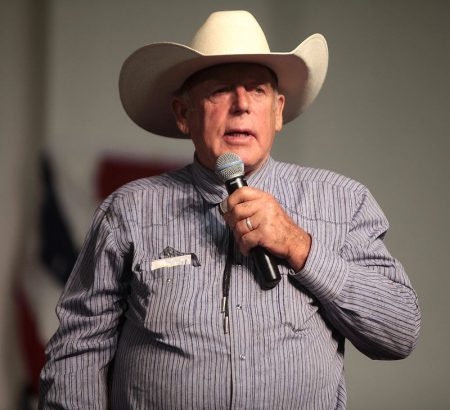 Is this not the identical argument that is now centered around events such as the attacks by the BLM and the USFS on private property rights? Are we not continually forced to accept the loss of rights and property for the “national interests?” The “private rage for property” rights recently landed several members of the Bundy family and journalist Pete Santilli in jail, the Hammonds in prison and LaVoy Finicum in his grave.

James Madison urged George Washington to allow his name [Washington] to appear on the list of delegates to the Constitutional Convention even though Washington had expressed his doubts about attending due to a prior commitment to the Order of the Cincinnatus. Madison would submit his proposal, known as the Virginia Plan, to Washington by mail in April of 1787 along with a letter which contained the following phrase:

“…the right of coercion should be expressly declared.”

Madison knew that Washington’s name as a delegate would create the much-needed confidence in the people for the upcoming convention. Washington did eventually attend the convention.

The fact Madison had written and eventually transmitted to Washington and others his plan for a new form of government before the convention began could certainly be considered prima facie evidence the nationalists/monarchists intended from the beginning to scrap the Articles of Confederation for a more centralized, nationalistic (read coercive) form of government.

The majority of the 74 delegates initially selected by their state legislators to attend the 1787 convention believed they were to travel to Philadelphia to “amend the Articles of Confederation.”

It should be noted the convention did not begin on time and it was the 25th of May before a quorum of states was seated; 19 of the selected delegates never attended a single session; New Hampshire’s delegation was two months late in arriving.

Conspicuously missing from the delegates who were in attendance when the convention began were several among those we refer to as “founding fathers.” Thomas Jefferson was in France; John Adams was in England; Thomas Paine, Samuel Adams, and John Hancock do not appear to have been invited while Patrick Henry, who was selected, chose not to attend, stated he, “smelt a rat in Philadelphia, tending toward the Monarchy.” What an astute, prescient statement by Patrick Henry!

Henry, who had been greeted with the chant “treason” from those in attendance when he presented his objections to the Stamp Act in the Virginia House of Burgesses while comparing King George III to Julius Caesar and Charles I, was now challenging Madison, Hamilton, and Jay who wanted to reestablish a monarchical form of government on the ashes of the Articles of Confederation and nullify the long bloody war for independence.

When it comes to the quest for Liberty, it should be noted that Nationalist Benjamin Rush from Pennsylvania, a signer of the Declaration of Independence, a member of the Pennsylvania Ratification Convention and the father of American psychiatry, diagnosed the passion for liberty as a form of mental illness. He wrote,

“The extensive influence which these opinions [excited by the excess passion for liberty] had upon the understandings, passions, and morals of many of the citizens of the United States constituted a species of insanity which I shall take the liberty of distinguishing by the name of Anarchia.”

Benjamin Rush, in order to counteract this “species of insanity,” induced by a love of liberty, taught his pupils they were, “public property.” Noted by political activist David Barton as “The Father of Public Schools Under the Constitution” Rush had this to say about the children of the founding era,

“Let our pupil be taught that he does not belong to himself, but that he is public property. Let him be taught to love his family, but let him be taught at the same time that he must forsake and even forget them when the welfare of his country requires it.”

All this from the man David Barton presents as a devout Christian in his writings and DVD series.