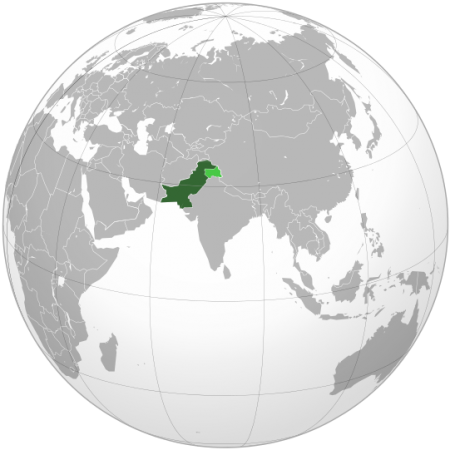 (May 19, 2016) — Multiple sources have reported that the son of a former Pakistani prime minister was rescued on May 10 from a three-year-long captivity following his kidnapping by members of the Taliban, an Afghani terrorist organization known to have provided aid and comfort to the late terrorist mastermind, Osama bin Laden.

The man, Ali Haider Gilani, who is reportedly 30, is the son of Pakistan’s former prime minister, Yousaf Raza Gilani, who served in that capacity from 2008 to 2012.

While in office, Yousaf Raza Gilani had taken an anti-Taliban stance, although he was criticized for failing to do more to combat Islamic terrorism in his country.

On the day of the rescue, NBC News reported that “U.S. Special Operations Forces who helped free the kidnapped son of a former Pakistani prime minister did not know he was there before launching the raid in Afghanistan on Tuesday” as told to them by an official from the U.S. Department of Defense.

On May 9, 2013, Ali Haider was kidnapped in Multan, Pakistan, described as the “political base” of the family, just two days before national elections were to take place in which Ali Haider was a candidate for a seat in the provincial assembly from the Pakistan People’s Party.

At the same time, one of his brothers also sought elected office. The campaign season had been marred by violence initiated by Islamic terrorists.

The kidnapping was preceded by Taliban gunfire which wounded and then killed Ali Haider’s secretary and bodyguard as well as five other individuals.  Ali Haider has since reported being wounded in the attack.

An “Al-Qaeda affiliated group” had been holding Ali Haider in Paktika Province, Afghanistan when he was rescued.

According to The Times of India, in 2015, the kidnappers placed a phone call to Yousaf Raza Gilani, demanding the release of a number of imprisoned Al Qaeda operatives “in exchange for his son.”  The report states that Ali Haider was permitted to speak with his father for eight minutes.

Yousaf speaks English and while still prime minister, provided an interview to Becky Anderson of CNN, who conveyed criticism against him that he was not taking enough action to purge Pakistan of terrorism.

On May 9, 2016, Ali Haider’s captors were reportedly expecting a raid to be carried out by U.S. and Afghani special forces.  Four Al Qaeda terrorists were killed during the raid.  According to Brig. Gen. Charles Cleveland, as quoted by The New York Times, U.S. forces suspected the Al Qaeda group had a hostage, “but that was not the purpose of the mission.”

Ali Haider reportedly showed deep gratitude to the U.S. solider who rescued him from having lived “in caves” in remote parts of Pakistan and Afghanistan.  A further statement reads:

I really appreciate Afghan forces who fought for my recovery.

I would also like to thank the US forces which at the critical moments of my release provided me with shelter, food and medical care.

In a photograph dated May 11, 2016 from The Washington Post, Ali Haider is seen with a beard waving to media and well-wishers following his rescue.

A more detailed account of his captivity can be found here.