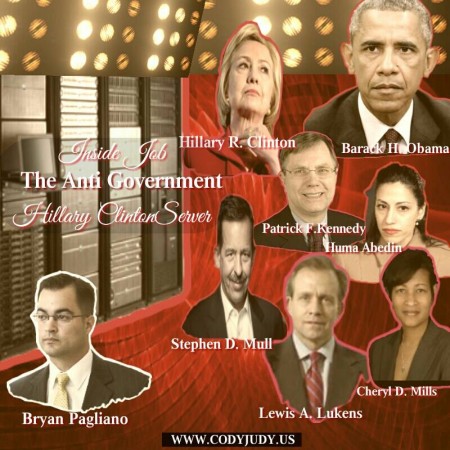 Many have complained about the alleged involvement of OBAMA’s State Department setting up Clinton’s Private Server turning the transparency for the People into a shroud of secrecy and in effect blacking out the People from their Government via FOIA in the Top Foreign Diplomat Job.

What is a Bench Trial? A bench trial takes place in front of a judge only; there is no jury involved. The judge is both the finder of fact and ruler on matters of law and procedure. This means that the judge decides the credibility of the evidence presented at trial and also decides what happens at the trial according to laws and rules of procedure.

You can almost hear the shredder chomping in DC strike up a chord like combines cutting the wheat down. Motives for the “Inside JOB” that bypassed FOIA through the gateway political positioning office of Secretary of State range from political blackmail to keeping Democrats in the Oval Office in 2016, all of which are speculated to the dumbed-down rationale of Clinton that it was mere “convenience” to turn the United States of America into the United States for Clintons.

The first witness to be deposed May 18th hits that very topic right between the eyes as well June 29 – Patrick F. Kennedy, both of whom were implicated by emails involving the anti-government private server system while in government office.

May 18 – Lewis A. Lukens, deputy assistant secretary of state and executive director of the State Department’s Executive Secretariat from 2008 to 2011, who emailed with Patrick Kennedy and Cheryl Mills about setting up a computer for Clinton to check her clintonemail.com email account deposition was taken yesterday. No teports have surfaced as yet describing the interrogation.

May 27 – Cheryl D. Mills, Clinton’s chief of staff throughout her four years as secretary of state.

June 3 – Stephen D. Mull, executive secretary of the State Department from June 2009 to October 2012, who suggested that Clinton be issued a State Department BlackBerry, which would protect her identity and would also be subject to FOIA requests.

June 6 – Bryan Pagliano, State Department Schedule C employee who has been reported to have serviced and maintained the server that hosted the “clintonemail.com” system during Clinton’s tenure as secretary of state. Bryan has been given immunity by the government in the FBI criminal investigation.

June 8 – 30(b)(6) deposition(s) of the State Department regarding the processing of FOIA requests, including Judicial Watch’s FOIA request, for emails of Clinton and Abedin both during Clinton’s tenure as secretary of state and after.

June 28 – Huma Abedin, Clinton’s deputy chief of staff and a senior advisor to Clinton throughout her four years as secretary of state and also had an email account on clintonemail.com.

June 29 – Patrick F. Kennedy, undersecretary for management since 2007 and the secretary of state’s principal advisor on management issues, including technology and information services.

Trying to explain why people even want to be elected for government office yet are advocating and perpetrating an anti-government curriculum that runs parallel with espionage is what we would be discussing in Usurpation and Government Corruption Charges at the highest rank-and-file levels. This is what the depositions will spotlight and laser in on.

With the discovery now in spring blossoms, the criminally-charged harvest could come in late July or August, culminating in a complete decimation of the Democratic primary season.

Clinton prophesied, in summation,  I DEFEAT ALL MAN, in essence, saying,“I will be the nominee for my party,” she told CNN Thursday. “That is already done, in effect. There is no way that I won’t be.”essentially dooming the Party to the results of criminal investigations being conducted by government forces and pursued by civil hound dogs – and you better gosh-dang hurry it up and make me the nominee because time’s a-wasting? She needs that nomination!

She needs that nomination now more than ever, because without it there is no violent rescue in Democrats circling the wagons for her; but we must not forget the control the Democratic Party has over its own RULES. They could, in fact, release every single delegate with a rule; in short, liberating them from contributing to the delinquency of any nominee under a criminal FBI investigation that was not known prior to the primary of their state and in the instance not properly articulated by the candidate.

It’s really bad when the people are taken back in the candidate’s lie to them. They certainly are victims of that deception, and they really should not be held to the deception of which they did not have a choice in properly framing their judgement, decision, or vote.

If Clinton were to be denied that nomination she would be that wood block out by the shed everyone had forgotten about, which actually may have been the smarter play for her family not to have to fill out prison visiting forms to see Grandma. She will find, sadly, what she framed as a  ‘bad choice’ really has made her family the victims.