Inmate Gives a Glimpse of New Private Prison in Tennessee

IS A PRIVATELY-RUN PRISON BETTER THAN ONE RUN BY THE GOVERNMENT? 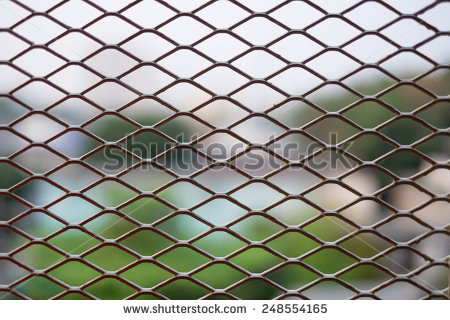 (May 17, 2016) — An inmate recently moved from a Tennessee state prison to the newly-opened Trousdale Turner Correctional Center (TTCC) in Hartsville has reported environmental problems including a smell of gas, lack of hot water, and severe understaffing.

TTCC is owned and operated by Corrections Corporation of America (CCA), a private entity which purchased the property from the state of Tennessee in 2014.  CCA classifies the facility as medium-security.

The Post & Email has received six letters written over the last three weeks describing a chaotic situation which the inmate believes was created by the state of Tennessee to quickly fill the new prison to capacity.

On April 29, the inmate, who has been a state prisoner for many years, wrote [all quoted statements sic], “This is one big prison and it is way under staffed.”  However, he included that “The prison is new it’s clean and the mattresses & pillows are much better.”

He reported that he was told by CCA staff that under-staffing was not an issue, with which he disagrees. CCA’s website lists a total of 15 position categories currently in need of staff at Hartsville.

The inmate expressed concern about the shower facilities, which he described are “are open and I feel we must challenge that here.  There is 4 shower heads in a open shower bay with 4 different showers in the unit.  They could have put up a small wall between each shower.”

This place is kinda crazy right now we still have no hot water no cleaning supplies to clean cells or unit.

There is no trash cans or even a place to hang your towel after shower.

The showers should be allowed because it’s a open wall with 4 shower heads on and four different showers.

Farther into the letter, the inmate again expressed discomfort with the lack of privacy given the potential presence of sexual offenders.

On May 5, the inmate wrote again to say:

The cells are max cells here and no place to hang a towel or no shelves to put your stuff like legal mail we have totes for our clothes and commissary. [sic]

The cells only have one electrical dual plug outlet, and dual cable outlet, with a stainless steel sink & tolit combo.

This morning it got a little warm in our cells that’s the water. [sic]

As to the female correction officer who enforced the tier management rule to all that evening, the inmate wrote, “Some of these people have authority issues that go to their heads.  Well they will live and learn about that in here.  Because when something does break off in prison those guards who real treat people wrong get treated really badly. I’ve seen it many of times.  The guard failed to realize they are not here to punish us that was done by the trial court.”

A letter dated May 8 reads, in part: “Here it is crazy and getting crazier by the day. We cannot find out if C.C.A. prisons are violated or not. Here 44 inmates were any minimum-security prison Northwest Correctional Complex at what they call Lake County Annex. Now we all worked hard to stay out of trouble and follow the rules to get that freedom. But now we all dumped into what is a medium security prison and we have done nothing wrong.” [sic]

“If we were housed with all minimum inmates we would or should be out all day except for count times,” he added.

He told us that the loss of the employment he and as many as 80 other newly-relocated inmates had at the previous facility is a concern and cited a loss of “program credits” which to toward reducing an individual’s sentence.

The inmate said that WSMV, Channel 4, Nashville, had visited TTCC and taken a report about lengthy waiting times for visitors which was published on May 14 and quoted relatives of those incarcerated to have waited as long as five hours because it is “short staffed.”

WSMV reported that CCA spokesman Jonathan Burns “told Channel 4 the facility is adequately staffed” and was “not aware of any time visitors have had to wait hours before being processed.”

On Tuesday morning, The Post & Email contacted the facility‘s warden, leaving a message with his secretary, and Burns to ask both general and specific questions about the facility’s management.

Our email to Burns reads:

Good morning, Mr. Burns. In case you did not yet received my voicemail, I own and operate an online newspaper, The Post & Email, which covers primarily government corruption. For the last six and one-half years, my reporting has focused on the state of Tennessee only because a myriad of people from across the state approached me with stories of corruption involving the courts, grand juries, county jails, prisons, and elected officials.

I’m wondering if I could obtain some information from you regarding the new TTCC facility in Hartsville.  I am in touch with an inmate there who has communicated some concerns, one of which has to do with his minimum-security classification.  As he has described it, he has a spotless disciplinary record but is now housed with medium-security inmates, along with approximately 80 others who were moved from the Northwest Correctional Complex in Tiptonville, and is concerned about possible ramifications.

I was told that understaffing is a problem, and I note that on your website, there are more than a dozen positions open at that facility.

I also have some general questions about how CCA interacts with the State of Tennessee on a contractual basis.

As of press time, neither the warden nor Burns has responded.

Inmate Gives a Glimpse of New Private Prison in Tennessee added on Tuesday, May 17, 2016