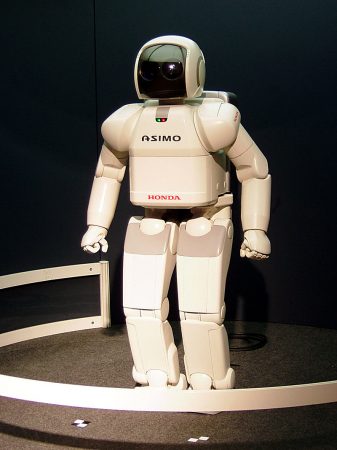 “Well, the way I see it, we’ve painted ourselves in a corner.”

“When I say ‘us,’ I don’t mean you and me. The whole system is broken, and when I say ‘broken’ I’m addressing our procurement procedures. We’re not getting the most bang for our buck, is what. We can do better, but we’re not doing better and the only hope out there, as far as I can see, is to get someone who at least addresses the problem.”

“No, although it may sound like it and, come to think of it, why not? Look, all I’m saying is that we owe it to our troops – and ourselves, for that matter – to get the very best, period.”

“Cost? Is that the trade-off, cost? No doubt we can have the best interceptor, but if the cost is so prohibitive that we can have only one compared to a couple of squadrons, it doesn’t make any sense.”

“No, you’re missing the point. It’s my fault; I’m just not expressing myself clearly, is all. Maybe if I told you a story about what happened to me when I was a cadet, back in the day:  I was promoted to squad leader; I guess it was because I was just taller, or stronger, or had a higher grade point average, I don’t know. Anyway, my squad was in charge of policing the foyer to the barracks. Now you all remember how small that was: it was really just an air lock for winter, but, nonetheless, it required a daily cleaning.

“I had ten in my squad, and if I had all ten guys in that little room at one time they’d be standing on top of one another, so I divided the squad into two that would alternate on the cleaning duties. The half that were exempt from duty were required to stay in their bunks and write letters: no sleeping, because that wouldn’t look good to all the rest of the company who were busy cleaning other areas of the barracks. In other words, the half that was exempt from barrack cleanup duty that night stayed out of the way.

“Day after day, and then week after week my squad received the ‘Well-Done’ honor until some of the other squad leaders complained to the Company Commander about what I was doing who, in turn, told the Lieutenant.

“Making a long story short, they had a ceremony the next day, out on the grinder, with the whole company in formation. I was ordered to stand in front of them all while the Lieutenant RIPPED the squad leader insignias off of my uniform. No kidding. True story.

“Another was promoted into the niche of squad leader and that night, and forever after, the cleaners of the foyer were on top of one another, getting in each other’s way, and never again did the foyer crew ever receive a ‘Well-Done.’

“Innovation and out-of-the-box solutions are stymied in our military of today, just as it’s been since World War II. On-the-feet thinking and imagination are stifled. I’m ashamed to say it, but the chain of command in today’s military has become exactly like what did the Germans in during World War II: follow orders with no deviation allowed, from the top down.

“My father served in Vietnam and had he followed orders, one time, he and the guys he was with would’ve died; that’s a ‘for sure,’ and not some made-up conclusion. He was ordered to ‘Stand Down’ and wait, but what he did was to take over command and attack. He and the others survived, which is why I’m here: there would be no ‘me’ if my father had followed orders.

“I’m sorry to say that if we were fighting World War II today, we’d lose. What made our troops in the field so effective was our commanders who could change plans in a blink of an eye, our Navy Captains who saved the day more than once, and our ability to ‘go-with-the-flow.’ Combat is fluid, and if you’re rigid in your approach you’re going to get hurt.

“General Patton saved our troops who were trapped at Bastogne. At no time in the history of warfare had such a monumental feat ever been accomplished, but Patton and his troops pulled it off. The Navy Captain of a little-looked-over destroyer saved many of our troops on D-Day, June 6th, 1944, by giving supporting fire. Audie Murphy jumped on top of a burning tank — that was ready to blow – and fought off a column of approaching German tanks and infantry.

“That was then, and this is now. Northrop and Boeing were going neck-and-neck on who would get the bomber contract from the Air Force. The Flying Wing was a better bomber, but the B-52 won the competition. A very similar (too similar?) competition occurred recently for the next generation of attack fighter jets.

“Look, I know what you’re going to say: the other side had the same deadline as anybody else, so live with it. I disagree, because if we had allowed a little bit of leeway in the long run we’d be way out in front, is all I’m saying.

“I’m not saying all is under the table and crooked: all I’m saying is that the mindset of our military needs revamping; a new look; after all, there’s room for improvement, and Trump says he’s willing to tackle the problem.

“I’ll tell you: remember the USS Cole? Did you know that the sentries weren’t armed? It wasn’t the Captain’s call; all he did was follow orders from the Pentagon. Of course, if I were the Captain it be a different story, now wouldn’t it?

“One time my dad was standing guard duty on a Navy ship docked overseas and some suspicious-looking people approached. He unslung his M1, aimed at the people and motioned, with the gun, for those people to turn around and leave, which they did. At no time did he have to unsling the rifle and load it: it was already loaded with a round chambered. Against orders, by the way, but who knows what might have happened if he wasn’t ready that early morning at 3:00 a.m.?

“My point is we don’t have the best. We used to have the best but the Pattons are weeded out – on purpose, by the way — and everyone is just following orders: you will fly the same headings as you flew yesterday and the week before; you will take the same road to the airport as you took last week.

“Not me and not my troops. You fire at me, you try and kill me or any of my men from a house or a mosque, a 500-lb. bomb will be delivered immediately (if not sooner) on that specific address forthwith. No more of this ‘calling for permission’ and other asinine Rules of Engagement nonsense.

“So that’s it. That’s all I’ve got to say on the subject. We’ve a very serious problem in our military and it all has to do with the mindset of the troops. Are we leading robots or are we leading citizens? Do we follow orders, blindly, throw the baby in the air and catch it with the bayonet as it falls to the ground or do we turn around and shoot the person who gave us that order in the first place?