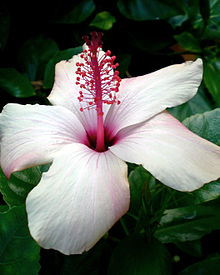 (May 9, 2016) — “Good evening, ladies and gentlemen, and welcome to ‘Pulse of the Nation,’ the place where we find out what’s on people’s minds. We’re at an undisclosed Macadamia Nut farm on the big Island of Hawaii, where we just had a bowl of the most delicious nuts you’ve ever tasted. Word to the wise: avoid this place, because if you don’t, you’ll never be satisfied by anything other than the fresh nut taste, believe me.

“But the lure of fresh nuts isn’t the reason why we’re here: we received a rather cryptic message yesterday that read, ‘Roving and crew, need to speak with you. Meet us at the 5th tree, 2nd row West at 9:00 a.m. Come alone; watch your back; take precautions. Signed: The Honest Pollsters of America, Amalgamated Union #76’.

“And so, here we are, and walking towards us are three men in suits. Hello, guys, I guess you missed the memo about wearing a disguise. As they say, ‘When in Rome…’ Where are your loud hibiscus shirts?”

“I, for one, was outvoted. I told them you were a wise guy with an attitude. Anyway, to make a long story short, we’re here to disclose some information you and your viewers need to know.

“However, there are conditions. You can use our voices but you can’t photograph our faces. What we are about to disclose is not open for discussion, debate or argument. Now if we’re in agreement, let’s get this show on the road.”

“No problem. First question: why are you disclosing the information you have at this time? Why now?”

“Because our country is at a crossroads. The conditions are very similar to just before the Civil War: the Republic will either survive or she will not survive; it’s an either/or situation; black and white with no shades of undecisive grey.

“We’ve been invaded by no fewer than three separate armies at the same time, and each has the capacity to do us in. On the one hand we have the communists-slash-socialists: educators and the financiers. Then we have millions of illegal aliens who are of the mindset that when a war is lost it’s not really lost. The simple fact is that, even though they took the Alamo, we took Texas and the rest of the Southwest for payback.

“I speak truly. During World War II, had the Japanese treated their American prisoners with the respect set forth by the Geneva Convention, maybe Truman wouldn’t have rendered two nuclear devices on Japan, let alone one. Just so with Santa Anna, the General of the Mexican army, who ordered that Davy Crockett be bayoneted to death, hands tied behind his back, a couple of days after the Alamo fell, before him and his troops*.

“And the third group that wants to do us in is none other than a group that we’re financing: the Army of Islam.

“So here’s what we have: one group wants our money, another our land, and the last our lives.

“But that’s not what we have to tell you. Trump will win big. Did I mention that the mainstream media is on the side of all three? Well, it’s true.

“Anyway, getting back on track of why we called you, this malarkey that the press is pushing – about Trump doesn’t have the woman vote – is one big lie. Women like Trump to the point that they’ll vote for him, even though they may have voted for someone else in the primaries.

“This is an extra: any state that has a caucus: history, okay? People are rather ticked about how their primary vote is counted or, to be truthful about it, not counted.

“The media says Trump hasn’t given us any of his plans when that’s all he’s been doing, at least to those of us who have been paying attention.

“The bottom line is that these defense contractors are going to lose billions of dollars once Trump takes control, but the people who will benefit are our troops and the country. That’s why these sleazeballs are referred to as ‘special interest’: THEIR INTEREST.

“Look, we’ve kept the taxi waiting so we got to run. Remember what we told you: these polls that the mainstream media are pushing so that Hillary will get in and destroy us are lies. We ought to know because we’re the ones who take them: they change the conclusions. Goodbye.”

“Hey, thank you for the info. Man, that was something. All the way to the middle of the Pacific Ocean to tell us that. I say it was worth it. Well, we’re not on vacation so we got to get back. Thank you for watching, so on behalf of the crew I’ll be wishing you all a good night: Goodnight.”

“Good show. And it makes a lot of sense; I mean, half the people at the Trump rallies are women and Ben Carson said that there’s more women than men anyway, so it just makes sense, doesn’t it?”

“Well, it does to me. Let’s hop back in our rent-a-car and go look for a burger joint. My treat.”

*When Santa Anna ordered his troops to knife/bayonet Davy Crockett to death, the troops refused and that’s when Santa Anna’s officers stepped in and murdered Crockett. When the Army of the United States of America caught up with Santa Anna they defeated his army, captured Santa Anna and hung him by his neck until he was dead.