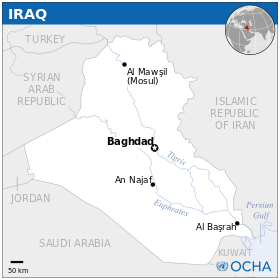 (Apr. 25, 2016) — Obama removed all U.S. military forces from Iraq in 2011; he ignored the advice of his highly-experienced U.S. Army Generals, the U.S. Ambassador to Iraq, the CIA, and the outgoing National Security Council not to do so in order that the U.S. would leave a sustaining force in Iraq to prevent Al Qaeda from reconstituting its strength and to prevent Iran from filling in the void that would create.  Obama refused that expert advice from many experienced sources; as soon as the U.S. military forces were pulled out, Iran filled the void and effectively took control of Iraq (in light of Obama’s subsequent pivot toward Iran. Creating that void appears to have been a calculated move).

The removal of all U.S. military forces from Iraq resulted in the creation of ISIS. which has metastasized in the last five years.  While ISIS was gaining strength and conquering territory, Obama called ISIS “a JV team.”  That JV team then established the Islamic State and a Caliphate which attracted 50,000+ committed radical Islamic terrorists from around the world. ISIS has been effectively given a safe haven in Iraq and Syria; the pinprick air strikes have had substantially no effect on ISIS’s aggression (most of the U.S. aircraft return with their full complement of bombs because the “Rules of Engagement” prevent the pilots from striking their designated targets).

As soon as Obama occupied the Oval Office, he was determined to release 242 GITMO very dangerous detainees (82 remain there today), and so Obama made it a policy not to capture terrorist leaders from whom the military had previously obtained valuable current battlefield intelligence during their interrogations.  Instead, the new policy was to just kill them, one at a time, with drone strikes.  Killing one ISIS leader at a time has had little effect on its operation; the next-in-line just takes on the leadership role.  ISIS has grown stronger and is now operating in 70 countries, including the United States—over 100 ISIS strikes have been thwarted by the FBI.

Killing Osama bin Laden had very little effect on Al Qaeda; Al Zawahiri just took over, and Al Qaeda has also grown much stronger.  Killing the Taliban leaders by drone strikes for seven years has had little effect on their operations.  The occupant in the Oval Office doesn’t have a policy to defeat ISIS, Al Qaeda, the Taliban, or Islamic terrorists—he is simply passing on the threat that has metastasized into a much bigger global problem to the new occupant of the Oval Office.

ISIS perpetrated genocide against hundreds of thousands of Syrian and Assyrian Christians, conquered millions of acres of land, exported Islamic terrorism to 70 countries from its safe haven in Iraq, took control of Iraq’s oil fields, and generated $50 million/month in the oil sales of black market crude to finance its genocide against Christians.  Over the last five years, ISIS could have been substantially degraded with the support of America’s traditional Middle East Sunni allies and the Rules Of Engagement that were in place before Obama changed them.

Unfortunately, Obama and Valerie Jarrett had the Obama administration shift the U.S. 80-year-old Middle East alliances away from the U.S.’s traditional Sunni allies to the Shiite state of Iran (the world’s largest state sponsor of terrorism).  Hillary initiated, and Obama concluded, the very dangerous Iranian Nuclear Weapons Agreement which has allowed Iran to develop nuclear weapons on a fast track and test intercontinental ballistic missiles (IBMs).  At the same time Obama released $150 billion to Iran which Iran is using to fund worldwide terrorism and the purchase of Russian SA 300 anti-aircraft missiles to protect its nuclear weapons development facilities; those nuclear weapons will be used to threaten Israel, Saudi Arabia, Kuwait, Egypt, Turkey, Jordan, the UAE, Morocco, NATO, and the U.S.

To understand the degree to which Obama has been disrespected by the U.S.’s traditional Sunni allies in the Middle East, on Obama’s recent visit to Riyadh, Saudi Arabia, for the first time in 80 years, Obama was not met at the airport by any high-ranking government official, mirroring exactly what Cuba did to Obama, when no one in the Cuban government met him at the airport upon his arrival.

The FBI and U.S. intelligence agencies have received warnings from patriotic Muslim U.S. citizens that there are mosques in certain communities that have terrorist cells operating in them, and they are suspected of planning coordinated attacks——initially targeting “unprotected schools” and “fire departments” across the USA.  In Europe, because law enforcement agencies were warned of terrorist cells operating in mosques that were plotting a series of well-coordinated attacks, the European national and international police agencies, as well as their intelligence agencies, have embedded intelligence agents in those mosques to provide advance information on potential future terrorist attacks.  That same type of program, of embedding intelligence agents in mosques in New York City, was approved by Mayor Bloomberg and worked well while he was mayor, but when Mayor De Blasio was elected, he dismantled that very successful engagement program, designed to develop intelligence and aide law enforcement, in preventing terrorist attacks.  It was dismantled because of the very vocal objections by Muslim Brotherhood front groups and because it wasn’t “politically correct.”

(2) those policies prevented the use of the term “radical Islamic terrorism.”

(4) the DOD, DHS, FBI, CIA, and intelligence agencies have been directed by the Obama administration to eliminate all historic information on Islamic terrorism from all training documents and library reference books formerly available in the U.S. Armed Forces, in federal intelligence agencies, and in federal Law Enforcement agencies.

Law Enforcement agencies have not had the flexibility to move as fast as ISIS terrorists can because of ISIS’s sophisticated techniques utilizing social media, their use of Internet chat rooms to which the U.S. has no access, their use of encrypted Apple cell phones, and because of the use of throw-away cell phones.  None of the U.S. federal intelligence or Law Enforcement agencies are able to properly investigate or prolific employment of members of the Muslim Brotherhood front groups in many U.S. government agencies because of the “politically-correct” policies imposed upon all government agencies, prohibition of any reference to Islam, and because many members of Muslim Brotherhood front groups are in key government leadership positions in the White House, DHS, State, the CIA, and DOD.

Investigations by any intelligence agencies to uncover potential infiltration by the Muslim Brotherhood front groups into positions of leadership in sensitive U.S. government agencies can’t be initiated without pre-approval from Valerie Jarrett.  “Political correctness” and the presence of members of the Muslim Brotherhood front group members employed in many levels of management in the State Department, DOD, and DHS bureaucracy have hamstrung the FBI in their inability to vet 915,000 Muslim refugees to determine if they have terrorist ties and where they are being resettled throughout the nation. 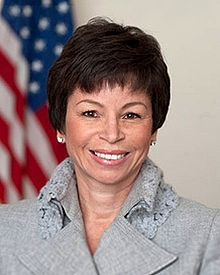 Over the last seven years Obama has appointed members of the Muslim Brotherhood (MB) and MB front groups to leadership positions throughout the federal government bureaucracy:

(1) Obama’s primary Presidential Advisor is Valerie Jarrett (her college thesis stated she wanted to change the U.S. to a Muslim-friendly nation)

(2) The CIA Director, John Brennan, a convert to Islam, took his oath of office on the U.S. Constitution, not on a Bible.

(4) The Advisor to the Secretary of DHS Mohamed Elibiary

Those Obama appointees have been operating under the radar, appointing many MB and MB front-group members to all levels of the bloated federal bureaucracy, in Law Enforcement agencies, in intelligence agencies, in DHS, the State Department, and in many other government agencies–they now fill more civil service positions in government agencies than the Communist Party filled in the 1950s, when Communists tried to take over the U.S. government.

A hopeful initiative has been developed by patriotic Americans and Canadian citizens of the Muslim faith called “The Muslim Reform Movement.”  The movement is led by a former Lieutenant Commander in the U.S. Navy Medical Corps, Dr. Zuhdi Jasser, and an author/journalist, Tahir Gora, who are opposed to the Muslim Brotherhood’s agenda and “Islamic Extremism.”  Their program can be viewed by clicking on this link  http://www.gatestoneinstitute.org/7009/muslim-reform-movement.

Those very courageous Americans of the Muslim faith stand for equality of men and women, peace, democracy, human rights, and support for the U.S. Constitution.   They raised their voices in opposition to religious persecution by ISIS of Christians, bigotry, and the politicization of Islam.  They state that every Muslim has the right to publicly express criticism of Islamic policies that are against human rights, and they oppose the Muslim Brotherhood’s policy of “Violent Jihad.”  This peaceful, patriotic group of Americans and Canadians of the Muslim faith have invited fellow Muslims to take a stand with them and join in their peaceful “Muslim Reform Movement,” but their organization has been rejected by Obama and Valerie Jarrett—they receive no support by the Obama administration or by Hillary Clinton.

ISIS Metastasized While the Muslim Brotherhood Front Groups Have Penetrated the US Government Agencies added on Monday, April 25, 2016