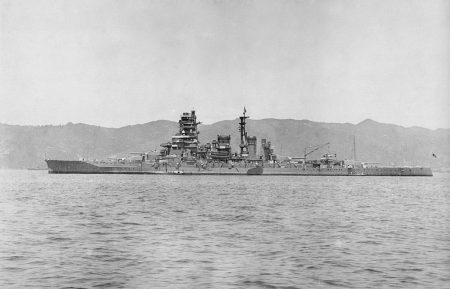 (Mar. 31, 2016) — “Good evening, ladies and gentlemen, and welcome to the show that’s certain to entertain, ‘The Pulse of the Nation.’ We’re broadcasting from the office of Professor Gerald Weiss, the esteemed seer of languages here at our university.

“Professor, welcome to our show. What’s with this ‘narrative’ that the pundits are talking about? What’s it mean?”

“Thank you for inviting me, Roving. Your sound-boom girl can just hang the microphone from the ceiling fan and your cameraman can sit on that stool in the corner: just put that stuff on the floor.

“Since you phrased your question so specifically, I’ll answer in kind. We are, of course, talking about the election. ‘Narrative’ is actually a catch-phrase that pundits use when they’ve nothing to say or they’ve no idea what they’re talking about.

“I’ll give you an example. We’ve a treaty with Japan which says that if Japan is attacked, we’ll come to her aid and defend her. It’s one thing to have satellites that cover every square inch of the globe, but it’s an entirely different animal when you have US Navy man-o-war ships patrolling the waters between Japan with North Korea and China. The birds-in-the-sky may warn you of an impending attack, but if you don’t have boots on the ground, or, in this case, ships on the water, the early warning is worthless and it takes a lot of money to have our Navy over there 24-7.

“So Trump says maybe Japan ought to do a little bit of the long-range patrolling itself, that is all. There’s no ‘narrative’ of ‘abandoning’ any ally. If Japan would share some of the burden, we would save many billions of dollars per year. It takes one heck of a lot of money to float – no pun intended – a carrier strike force at sea, and we always have a carrier parked over there somewhere.”

“It’s a Navy term for ‘Steaming-in-Circles.’ Besides the carrier, there are all kinds of support and auxiliary ships involved.”

“At least one attack sub and a couple of destroyers, plus frigates that have major SAM – that would be surface-to-air-missile – capabilities to shoot down any incoming aircraft – manned or not – aimed at the carrier. And then you have your supply ships and at least one oiler – floating gas station, if you will – needed. Planes burn JP5 – ATF — at an alarming rate, as you well know: with the afterburner lit you can actually see the pounds-per-inch dial sink.

“So that’s what Trump was talking about when he said that our allies ought to help out a little bit more than they are. He also said that our nation is in debt, and if you don’t believe me just look at the National Debt clock.”

“Thank you for a concise and understandable answer. Trump never said to ‘feed our allies to the wolves’; all he said was that we need to make the cost a little bit more equitable, that’s all. There never was any so-called narrative, after all.”

“Good for you, Roving. Couldn’t have said it any better myself. Now drop the other shoe.”

“Will do. What’s with this ‘tone’? Is it just more nonsense?”

“Of course it is. Let me put it this way: if there were only Hillary in the race – as if we were living under a pure Socialist State, like China, for instance — there would be only one ‘candidate’ running for office. Now what are the chances of any mention of any ‘tone’? See what I mean?

“Let me give you an example. The best one that I can come up with, well, really there’s two, but let’s take what Trump said about putting a stop to importing Muslims. It makes sense, I mean, from what he said. He didn’t say that they were all suicide bombers; all he said that, because our vetting process just doesn’t work – and he did mention San Bernardino – that we just don’t know who – or what – these people are, and that’s the heart of the matter: our vetting process needs one heck of a lot of improvement; more likely a complete overhaul.

“Notice he didn’t say stop importing Christians, just the people who are doing the murdering of the Christians around the world.”

“Just curious, but what was the other obvious example of ‘tone’?”

“Oh, that. Thought it would be obvious: it’s the so-called treaty-ceasefire nonsense between the PLO and Israel. It has the most ‘tone’ of them all, as in ‘stupid’ tone. Like how can you negotiate with a poisonous snake? You can’t, so why do it; why make the motion; take the effort; and discuss ‘tone’ when all you’re doing is wasting everybody’s precious time?

“So no ‘tone,’ all right? ‘Tone’ is just another word for ‘doesn’t agree with me.’ Now if a person has good ‘tone’ there’s no mention of any ‘tone.’ On the other hand, if a pundit doesn’t like what he or she hears, it’s ‘tone’ automatic. And that’s my take on those two words.”

“Well, thank you. You answered the questions straightforwardly, honestly and succinctly, and we thank you. Doesn’t say much for the pundits, now, does it? And with that I want to thank the good professor and your viewers for watching our show.

On behalf of my crew I’ll be wishing you all goodnight: Goodnight.”

“Good show, guys. Professor, we always end with a trip to the nearest great burger joint. Care to join us? My treat.”