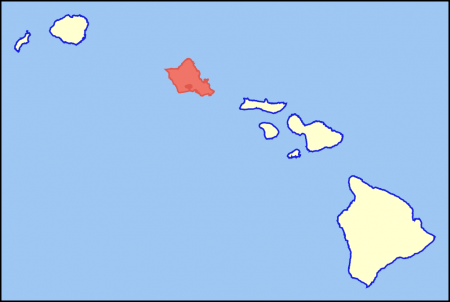 (Mar. 27, 2016) — If modern activist groups held sway in the mid-nineteenth century, countless multitudes would have died from typhoid fever and cholera. The “miasma” paradigm held that the diseases were caused by foul air arising from putrid matter – and only dogged scientific work by William Budd, John Snow and others finally convinced medical and health authorities that the agent was lethal organisms in drinking water.

Ultimately, the investigators’ persistence led to discoveries of Vibrio and Salmonella bacteria, the use of chlorine-based disinfectants for drains, water purification and hand washing, programs that kept sewage away from drinking water supplies, and steady advances in germ and virus theories of medicine.

Europeans introduced domesticated honeybees to North America in the early 1600s. They helped foster phenomenal growth in important food crops like tomatoes and almonds. Indeed, over 60% of all U.S. beehives are needed each spring just to pollinate California’s extensive almond groves. By contrast, staples like wheat, rice, corn and most citrus fruits do not require animal pollination at all (by bees, hummingbirds, hover flies, butterflies and bats); these crops are self-pollinating or wind-pollinated.

Commercial beekeeping grew steadily, and today about 1% of all beekeepers manage nearly 80% of the 2.7 million U.S. honeybee colonies. The system generally functioned well until 1987, when a vicious new pest arrived. As the appropriately named Varroa destructor mite spread, beekeepers began reporting major to total losses of bees in Iowa, Michigan and Wisconsin hives in spring 2006, and later in Florida, the Dakotas, southern states, both U.S. coasts, Europe and elsewhere.

Dubbed “colony collapse disorder” (CCD), the problem led to scarifying news stories about a “bee-pocalypse” and the imminent demise of modern agriculture. However, inexplicable bee colony losses had been reported in 1898, 1903, the 1960s and 1970s – even as far back as 940 AD in Ireland!

Explanations included an undefined “disappearing disease,” organophosphate pesticides, cell phone towers, GM crops that embed Bt insect killers in their genetic makeup, climate change (of course), and even a lack of “moral fiber” in bees, Paradigms and Demographics blogspot editor Rich Kozlovich notes. A psychic, he adds, claimed she was communicating with domesticated bees, who told her they were tired of being enslaved by humans and were leaving their hives to protest their crowded, inhumane conditions!

Mounting evidence suggests that today’s die-offs are primarily due to Varroa mites, along with parasitic phorid flies, Nosema fungal parasites, the tobacco ringspot virus – and even beekeepers misusing or over-using pesticides in hives to control disease outbreaks, by killing tiny bugs on little bees.

However, anti-pesticide activists and some news stories continue to blame colony deaths and other bee problems on neonicotinoid insecticides. This new class of chemicals protects crops primarily (97% of the time) by coating seeds, letting plants incorporate the pesticide into their leaves and stems, to target insects that feed on them, without harming beneficial bugs. The regular rotation of different neonic products is also the only means currently available to kill the Asian psyllids that spread “citrus greening disease” (HLB), which is decimating citrus groves in Florida and is now spreading to Texas and California groves.

This is where solid scientific detective work becomes vital. Without it, the wrong conclusions are drawn, the wrong “solutions” are applied, and the unintended consequences can be serious. For example, banning neonics will likely mean farmers are forced to use insecticides that truly are dangerous for bees.

Over the past 50 years, Varroa mites have killed off millions of honeybee colonies around the world, scientists note. Among the diseases the mites carry is deformed wing virus, which results in short, twisted or otherwise deformed and useless wings. Like many other viral infections, DWV had long been present in hives, but was generally considered harmless before Varroa became ubiquitous. Disease-carrying mites bite through the bees’ hard shell (exoskeleton) and inject viruses and infections directly into the bee blood (hemolymph). The mites’ saliva also carries an enzyme that compromises the bees’ immune systems, making the diseases far more toxic. Modern transportation methods disperse the problems far and wide.

Making the beekeepers’ challenge even more daunting, female Varroas often lay eggs in the same hexagonal beehive cells where the queen lays newly fertilized eggs, before worker bees “cap” the incubator cells. New honeybees then emerge with an infected mite already attached. And to top it off:

Trying to kill vicious bugs you can’t even see, in a box filled with some 40,000 buzzing bees that you don’t want to hurt, using chemicals that could easily become toxic – and that the Varroa mites quickly become resistant to – is a devilishly complicated business, beekeepers like Randy Oliver attest. In fact, they are already on their third generation of miticides, and Varroa have become resistant to all of them. So the battle rages on, as pesticide companies again try to gain the upper hand against the crafty pests.

Varroa was discovered on Oahu in August 2007. By spring 2008, 274 of 419 honeybee colonies on Oahu had collapsed, and wild bees had disappeared from its urban areas. Despite quarantine measures, by late 2010 the mite spread throughout the island of Hawaii. Now even effective Varroa control cannot eradicate DWV, since the disease is in their hemolymph and transmitted through feeding and sexual activity.

Another nasty plague on honeybee houses involves parasitic phorid flies, which have now been found in California, Vermont and South Dakota hives. The flies stab bee abdomens and lay their eggs inside. When they hatch, fly larvae attack the bees’ bodies and brains, disorienting them and causing them to fly in circles and at night – giving rise to stories about zombie bees, or “zombees.” As the larvae mature into new flies, they exit the bees at their necks, decapitating them. Not surprisingly, phorid flies also carry DWV, Nosema parasites and other bee diseases.

Meanwhile, in the real world where bees interact with nature, agriculture and pesticides (rather than with artificial laboratory conditions and egregious over-exposure to those pesticides), multiple studies in Canadian and other countries’ canola and corn fields have concluded that neonicotinoids do not harm bees when used properly. And in equally good news, U.S. Department of Agriculture, StatsCanada, EU and UN data show that bee populations have been increasing over the past several years, with American and Canadian colony totals reaching their highest levels in a decade or more.

And yet, news stories still say neonics threaten domesticated and wild bees with zombee-ism and extinction. That’s partly because anti-pesticide groups are well funded, well organized, sophisticated in public relations, and aided by journalists who are lazy, gullible, believe the activist claims and support their cause, or simply live by the mantra “if it bleeds, it leads.” A phony bee-pocalypse sells papers.

The activists employ Saul Alinsky tactics to achieve political goals by manipulating science. They select and vilify a target. Devise a “scientific study” that predicts a public health disaster. Release it to the media, before honest scientists can analyze and criticize it. Generate “news” stories featuring emotional headlines and public consternation. Develop a Bigger Government “solution,” and intimidate legislators and regulators until they impose it. Pressure manufacturers to stop making and selling the product.

Too often, the campaigns are accompanied by callous attitudes about the unintended consequences. If banning neonics means older, more toxic pesticides kill millions of bees, so be it. If a DDT ban gives environmentalists more power and influence, millions of children and parents dying from malaria might be an acceptable price; at least they won’t be exposed to exaggerated or fabricated risks from DDT.

When activism and politics drives science, both science and society pay dearly. The stakes are too high, for wildlife and people, to let this continue. The perpetrators must be outed and defanged.