by TJ McCann, ©2016, blogging at LibertyBorn 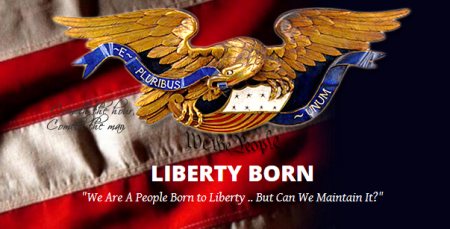 (Mar. 19, 2016) — “Those who would give up essential Liberty, to purchase a little temporary Safety, deserve neither Liberty nor Safety.” ~ Benjamin Franklin

While it may appear at the outset that the focus of this article is criticism of Ted Cruz, the issue is really much larger than Cruz, and involves the indictment of the American people and the government which we have so blithely allowed, and even encouraged.

CRUZ: “The evidence is clear that not only [did] Snowden violate the law, but it appears he committed treason. . Treason is defined under the Constitution as giving aid and comfort to the enemies of America, and what Snowden did made it easier for terrorists to avoid detection,”

Cruz indicated that it was “clear” that Snowden was guilty of Treason, because he had fled first to China, and then to Russia, both viewed as archetypal American enemies.   It is evident that Cruz’s adjudication is entirely oblivious to the current status of Justice, the American government, and the American legal system, ignoring the fact of the NDAA, and the Executive Branch’s own deliberate indication that it might kill Americans on American soil at its whim, particularly if they are seen as any sort of hazard to the vaguely defined “national security.”

This is an extremely disturbing perspective on Cruz’s statist mentality. Cruz is equating anything that might incidentally make it easier for terrorists to be undetected, with Treason. Not only has Cruz reduced the purpose of government, and the cornerstone principle of this country, to being “obey the law”, but Cruz has also reduced Treason to being anyone violating “the law”, and by that might somehow make things easier for terrorists. . Who is a terrorist, by this corrupt statist perspective?   A terrorist is evidently anyone who acts against the government’s laws and dictates, regardless of the legitimacy of these.

“That to secure these rights, Governments are instituted among Men, deriving their just powers from the consent of the governed.” ~ Declaration of Independence,

By Cruz’s own perverted rationale, anything that might make it easier for terrorists to avoid being caught is equivalent to giving those terrorists aid and comfort – treason! Therefore when the government is violating each and every American citizen’s protection against the unreasonable search and seizure of their personal information, and has laws against making these secretive “classified” actions by the government public knowledge, then it is the laws themselves which Cruz believes take precedence, not our liberties.

“Thou Shalt OBEY!” regardless of the conditions.

Cruz has perverted the purpose of government to being about government itself, rather than protecting our rights, as indicated by the Declaration of Independence, and built into every structure and limitation upon the federal government itself within structure provided by the U.S. Constitution. Yet Cruz would have us believe he is a “strict” and devout constitutionalist.

Most definitely Cruz should have simply stated his own opinion about Snowden, without drawing in reference to the Constitution in an attempt to give his own opinion a false authority, showing yet again his willingness to subvert the Constitution itself for his own gain.  Perhaps it is needing to be said that this is not at all an admirable trait for someone desiring to serve in the office of President — and indeed we’ve already gone this route for the last 8 years.

By direct extrapolation of Cruz’s reasoning,  every one of our allegedly unalienable rights can be curtailed and denied, entirely alienated, provided it makes it easier to catch those terrorists, even sacrificing the freedoms of Speech, Assembly, Religion and the Press —  not to mention any right to petition the government for redress of grievances. Our freedom of Assembly might be sacrificed next, and doing so could be justified by making it easier to catch terrorists, while those campaigning for the return of this freedom might be condemned as treasonous, given that this ability to freely Assemble makes it easier for terrorists — treason!  In fact the logical end of Cruz’s Mad Hatter Tea Party reasoning is that we can forgo any trial as well, as doing so would only enable and encourage those terrorists by delaying Cruz’s pale rendition of “justice”.

This has all been done before, not only to the inhabitants of these lands before our independence, but by the most unsavory regimes in mankind’s subsequent history.

With allegedly “strict constitutionalists” like Ted Cruz typifying the Republican party, exactly how is the GOP any better than the Progressive Marxists now in control of the Democratic party and the presidency? They’re not, with each being an equal threat to our freedoms and the Constitution itself.

In 2013  when Snowden first went public, exposing the NSA snooping and acquisition of American’s personal information, Cruz had an entirely different perspective on Snowden’s actions, describing his actions as “a considerable public service”:

At that time in 2013, Cruz put a further edge on his view of Snowden in his subsequent statement to The New York Times, in which Cruz indicated that  Snowden should be prosecuted if he broke the law.

Cruz to the NY Times: “If Mr. Snowden has violated the laws of this country, there are consequences to violating laws that is something he has publicly stated he understands, and I think the law needs to be enforced.”

Laws! We must have LAWS, doncha know!

Apparently the most important consideration is the absolute control by the federal government,  which is another “T” word: Tyranny.  However Cruz seems oblivious to this word,  perhaps  believing as some naively do, that as long as we have elections then there cannot reasonably be any sort of tyranny.

In response to Cruz’s condemnation of Snowden as a traitor, Edward Snowden tweeted the following reply, “Aiding the public is treason only if the voter is your enemy.”.   Snowden has an excellent point here given that so much of what the government is doing treats American citizens as if they are the enemy, particularly if they want the Constitution upheld. .

After Cruz deliberately misrepresented the terms for qualification for the office of President in order to gratify his own political ambitions,  I cannot find the words to express my thorough disgust at Cruz accusing Snowden of being a traitor, given that Snowden has not possibly had any gain from exposing the illegitimate and criminal conduct of the federal government, though Cruz himself does invariably gains by his positions.

Cruz – No Constitutionalist, Trump – No Savior added on Saturday, March 19, 2016

One Response to "Cruz – No Constitutionalist, Trump – No Savior"