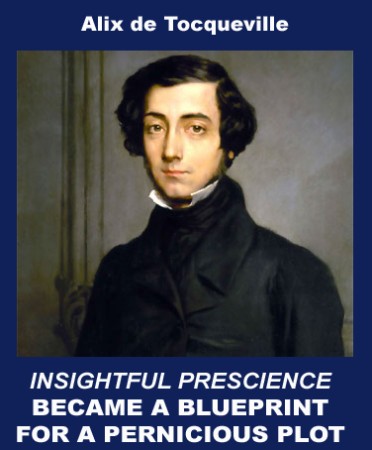 (Mar. 17, 2016) — Clever political slogans have a way of resonating within us.  They can result in votes for the candidate that is talented enough to wordsmith the catchiest phrase. Two of the best slogans of our time were crafted by the Obama campaign. They simply stated “Change You Can Believe In” and of course “Hope and Change.”  The genius of these slogans was that every voter could read into them whatever they wanted. Literally, they meant nothing except what the voter wanted them to mean.

In the presidential campaign of 2016, there can be little doubt that Mr. Trump’s “Make America Great Again” campaign slogan is just as ingenious as Obama’s.  It differs from Obama’s since some literal inferences can be drawn from it, but it is similar to Obama’s in that it means different things to different people.

For example, both the capitalist and the unemployed will define America’s greatness in terms of prosperity and wealth. The freedom-loving patriot will define it as the opportunity to live life in accordance with the dictates of your conscience and your ability to pursue your dreams. And the constitutionalist might define the greatness of America as constitutionally-limited government.  For me, it’s all of the above with America’s predominant greatness residing in her foundation upon Judeo/Christian principles and her ability to change what is wrong, the latter being best exemplified in the abolition of slavery and women’s suffrage. On a personal basis,  future desired changes would include the abolition of abortion as well as the demise of our elitist ruling class. Certainly there are many definitions of greatness, both in the present as well as the past.

In 1835, French sociologist and political theorist, Alix de Tocqueville, wrote “Democracy in America.” It was the culmination of his thoughts after touring the United States in 1831 with his friend, Gustave de Beaumont.  They traveled here to analyze the prison system, but consequently, de Tocqueville, the son of two parents that were imprisoned during France’s Reign of Terror, became passionate about our successfully-emerging Democratic Republic.  It should be noted that during this period of time, America was not counted among the world’s super-powers.  Nevertheless, de Tocqueville saw a greatness in America that transcended the traditional definition of greatness based on economic prosperity and/or military might.

The credibility of de Tocqueville’s writings lies in his fulfilled predictions and warnings about factors that would contribute to the demise of America.  In “Political Consequences of the Social State of the Anglo-Americans,” he wrote:  “…one also finds in the human heart a depraved taste for equality, which impels the weak to want to bring the strong down to their level, and which reduces men to preferring equality in servitude to inequality in freedom.” He also warned about the tyranny of the majority and the threat of a Congress that might someday discover that it can bribe the public with the public’s money.  In harmony with the philosophy of our Founders, de Tocqueville expressed that “Liberty cannot be established without morality, nor morality without faith,”  and he further wrote: “Society is endangered not by the great profligacy of a few, but by the laxity of the morals amongst all.”  But perhaps his most noteworthy quote is:

Rev. Charles Finney of the Second Great Awakening made a similar statement from a more negative perspective.  He said:

If there is a decay of conscience, the pulpit is responsible for it.

If the public press lacks moral discernment, the pulpit is responsible for it.

If the church is degenerate and worldly, the pulpit is responsible for it.

If the world loses its interest in Christianity, the pulpit is responsible for it.

If Satan rules in our halls of legislation, the pulpit is responsible for it.

If our politics become so corrupt that the very foundations of our government are ready to fall away, the pulpit is responsible for it.

The decline we are now experiencing in the areas Finney mentioned above are stunning. Both men recognized the role America’s churches played in securing liberty and in establishing America’s greatness.  And both men would understand how the silenced voice of the church today has contributed to the demise of this nation.

First, if de Tocqueville was right and America’s greatness relied on her pulpits that were once aflame with righteousness, what happened to change that?  It is my opinion that America’s slippery slope of decline began with the 1954 Johnson Amendment.  The historical sequence noted below would have been nearly impossible to achieve if the voice of the pulpits still blazed as they did during de Tocqueville’s visit.

1954 – Senator Lyndon B. Johnson tacked onto an IRS bill a regulation that would restrict the voices of the church through threatening removal of their tax-exempt status.  He did this because Texas churches were challenging his re-election. This was an assault on their freedom of speech as well as their freedom to worship freely as protected constitutionally in the First Amendment, as well as an assault on their 14th Amendment right of equal treatment under the law.

1963 – Madelyn Murray O’Hair won her lawsuit before the Supreme Court to have Bible studies prohibited in public schools.

1964 – Dr. Mary S. Calderone, the Medical Director of Planned Parenthood, introduced Sexuality Information and Education Council of the United States (SIECUS).  Now our children were being eroticized in school while not being allowed to pray in school. This co-ed program destroyed the natural modesty between young boys and girls as well as placing a wedge between their parents and them.

1972 – Abortion was legalized through Roe v. Wade, that accommodated the surge of immorality fostered by (SIECUS).

1988 – SIECUS, under the guise of Family Life, was mandated in public schools, further eroding our collective moral standards.

2005 – the Court ruled against the Dover school boards and banned the teaching of Intelligent Design – thus censoring any discussion that challenged Evolution and unilaterally promoted the fallacy that we have proven scientifically that God is not our Creator..  It should be noted that in 2002, the Barna Research Group reported that 70% of Christian kids raised in Christian homes intended to leave the church upon graduation of high school, directly attributed to the teachings of Evolution.

…And through all of this, with a few brave exceptions, the pulpits remained silent.  As a consequence of the 1954 Johnson Amendment, most of the American churches bought into the philosophy that politics and church matters did not mix, and so the salt that God expected(s) His children to be had been severely diluted by fear of political retribution. This gave secular humanists free rein over political campaigns, our moral compasses, and our belief in God as Creator of the universe.  As a result, Finney’s observations have proven to hold true.

This begs the question: can we reclaim the country that was founded on Judeo/Christian principles when our pulpits have been threatened into submission?

YES!!! But it will require more than complaining; it will take a concentrated effort.

Here’s the mission:  Repeal the 1954 Johnson Amendment so that the voice of America’s conscience can be revived, and we can return America to its Judeo/Christian roots and conscience.

Here’s tactic #1:  contact Rep. Scott Garrett (D) NJ, and “encourage” him to sponsor legislation repealing the 1954 Johnson Amendment, as has been requested formally.  And encourage him by using any one or all of the contact venues listed below.

Tactic #2:  Anyone with any contacts or influence with any of the presidential campaigns, please “encourage” them to make this issue a key policy and talking point in their campaigns.

Friends and Patriots, the time to sit back and complain is quickly giving way to a time when educated serfs will lack the liberty necessary to effect the change that will truly make America great again.  But there is good news.  That time is not upon us yet.  So, let’s take advantage of the day while some light still exists and begin the process of repealing, reclaiming, and reviving America.  For I believe with the help of Almighty God, the greatness America once knew can be restored to an even greater height.  For the greatness of America never resided in her geography or her prosperity.  It always resided in her reliance on Almighty God and His will, as broadcast by the voice of our pulpits.  May God once again have mercy on America, and may America once again bless God.

EDITOR’S NOTE: It is not known by this editor if Ms. Salanitri is aware that one of the many campaign promises Mr. Donald Trump has made is to end the 1954 Johnson regulation.  He has pointed out that just one solitary man walking the street has more influence than all the religious pulpits of the country combined.  He said this must end and he has promised to do just that.

One Response to "What Made America Great?"