DOES THEIR ABYSMAL GRASP OF ENERGY AND ECONOMICS MAKE HILLARY AND BERNIE UNFIT TO GOVERN? 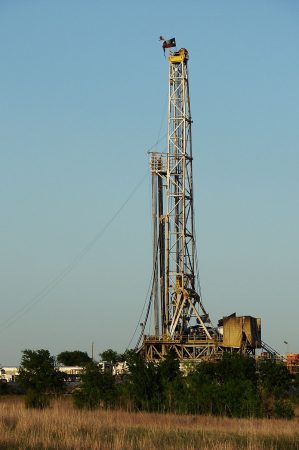 “If I thought there was any evidence that drilling could save people money, I would consider it. But it won’t,” President Obama said in 2008. “We can’t drill our way out of the problem” of high energy prices and disappearing supplies, he still insisted two years later. How shocked he must be now.

Horizontal drilling and hydraulic fracturing – aka, fracking – has unleashed a gusher of oil and natural gas, sent oil prices plunging $100 a barrel since 2008, dropped US oil imports to their lowest level in 45 years, and saved American families tens of billions of dollars annually in lower energy costs.

But if price and “peak oil” rationales fail, there is always “dangerous manmade global warming” to justify carbon-based energy and fracking bans, and renewable energy mandates and subsidies.

Bernie Sanders and Hillary Clinton contend that climate change is an “existential threat” to people and planet. Senator Sanders says bluntly, “I do not support fracking.” He also wants legislation that would keep America’s abundant oil, gas and coal “in the ground.”

Mrs. Clinton opposes all fossil fuel energy extraction on federal lands. She rejects fracking if “any locality or state is against it,” any methane is released or water contaminated, or companies don’t reveal “exactly what chemicals they are using.” Under her watch, there won’t be “many places in America where fracking will continue.” She will “stop fossil fuels” and ensure 50% renewable energy by 2030.

One senses that these folks inhabit a parallel universe, cling like limpets to anti-hydrocarbon ideologies, or perhaps embody Mark Twain’s admonition that “It is better to keep your mouth closed and let people think you’re a fool, than to open your mouth and remove all doubt.”

One also senses that as president the two Democrat candidates will continue Mr. Obama’s imperial practices. If Congress resists their policy initiatives, they will simply issue more Executive Branch diktats, and ignore their impacts on jobs and the economy, the absence of evidence that fracking harms human health or water quality, the reality that renewable energy “alternatives” also cause serious problems – and scientists’ continuing inability to separate human from natural influences on climate and weather events and trends that are essentially the same as during the twentieth century.

Officially, 7.8 million Americans are still unemployed. But add the long-term unemployed, those who looked for a job once in the past year but not in recent weeks, and those who are working involuntarily in low-pay, part-time positions – and the total swells to 16.8 million. Over 46 million are on food stamps.

The federal debt hit $19 trillion in February and is projected to reach $23 trillion by 2020. In FY2015, the US Treasury collected $3.2 trillion in taxes and other revenues, but spent $3.7 trillion. Profligate state and local spending has swollen these deficits by tens of billions more, for the same reason: politicians are in cahoots with unions, crony capitalist rent seekers, and assorted grievance, victim and welfare groups.

To borrow the Greens and Democrats’ favorite term, this is unsustainable.

Oil, gas and coal account for 82% of all US energy and 68% of US electricity generation – reliably and affordably. Producing this abundant energy also generates positive cash-flow: fossil fuel bonuses, rents and royalties from federal lands totaled $126 billion between 2003 and 2013; corporate and personal taxes resulting from the jobs and activities powered by that energy added tens of billions more.

Wind, solar and biofuel programs, by contrast, are black holes for hard-earned taxpayer subsidies – and rarely work unless consumers are required to use that energy, and pay premium prices for doing so.

Even getting to 50% “carbon-free” energy fifteen years from now will require: vastly more subsidies and mandates; turning entire forests into fuel; blanketing croplands and habitats with enormous biofuel plantations, wind farms and solar installations; and killing millions of birds, bats and other wildlife in the process. However, biomass and biofuels are also carbon-based and also release carbon dioxide – and their energy per volume is paltry, their energy efficiency deplorable, compared to hydrocarbons.

Environmentalists used to tell poor countries they could never have the lifestyles of people in developed nations, as it wouldn’t be sustainable. Now they say our living standards are unsustainable and aren’t fair to the world’s poor. Therefore, their lives should be improved a little via wind, solar and biofuel energy, while ours are knocked down a peg via climate and sustainability regulations (except for ruling elites).

Environmentalists and other liberals are also hardwired to be incapable of acknowledging the countless health, welfare and technological blessings that creative free enterprise capitalism has bestowed on humanity – or to recognize the dearth of innovation by repressive socialist regimes.

Liberals like to say Republicans want to control what you do in your bedroom. But Democrats want to control everything you do outside your bedroom – but for the noble, exalted purpose of changing genetically coded human behavior, to Save the Planet for future generations. That means unelected Earth Guardians must control the lives, livelihoods, living standards, liberties and life spans of commoners and peasants, especially in “flyover country.”

Fossil fuel and fracking bans are part of that “fundamental transformation.” They will force us to use less oil and gas, but they also mean we will import more petroleum from Saudi Arabia and Iran, though not from Canada via the Keystone pipeline. Energy prices will again climb into the stratosphere, more jobs will disappear, manufacturing will shrivel, and royalty and tax revenues will evaporate.

The billionaire bounties that Hillary, Bernie and their supporters also need to pay for all the free college, ObamaCare, renewable energy subsidies, income redistribution and other “entitlements” will likewise be devoured quickly, while millions more people end up on welfare and unemployment rolls. The bills will simply be forwarded to our children and grandchildren.

Meanwhile, despite any US bans, other countries will continue using fossil fuels to create jobs and grow their economies. So total atmospheric CO2 and greenhouse gas concentrations will continue to rise.

Of course, “climate deniers” and other members of The Resistance will have to be dealt with. Attorney General Loretta Lynch and Senator Sheldon Whitehouse will pave the way on that. In the process, as Obama and Clinton mentor Saul Alinsky put it in his Rules for Radicals, the ruling elites will pick, freeze, personalize and polarize their targets. They will repeat their allegations and maintain their pressure until all resistance crumbles. Facts will be irrelevant. Power and perceptions will rule.

Blue collar, middle class and minority families feel they are fighting for their very survival, against policies and regulations that profoundly impair their jobs, incomes and futures. Indeed, the governing classes are actively harming the very people they claim to care the most about – and actually killing people in the world’s poorest nations, by denying them access to energy and other modern technologies.

That’s why Trump, Cruz, Carson and other “outsider” candidates have resonates. People are fed up.

Perhaps it’s time to borrow a page from Alinsky – Rule Four, to be precise – and make “the enemy,” the ruling elites, live up to their own rules. Watching them scream and squeal would be most entertaining.