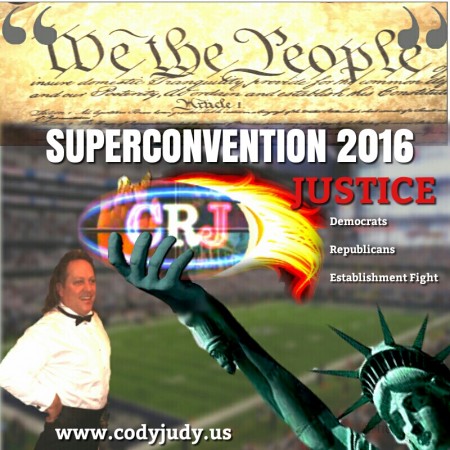 (Mar. 9, 2016) — In the last two episodes of season six of The West Wing, the Democratic Party fought through a brokered convention, with dark horse candidate Matthew Santos (Jimmy Smits) prevailing.] In House of Cards Season 4, Episode 8  Frank suggests that he should not choose her (Claire) himself. The party should do it during an open Democratic convention, one that surely will lead to a surge of support for Claire Underwood as vice president — something that the president and first lady simply did not see coming at all. Contested Conventions in 2016 are something the Republicans and Democrats could see this year for very different reasons.

[Under the Democratic National Convention rules, “A majority vote of the Convention’s delegates shall be required to nominate the presidential candidate” and “Balloting will continue until a nominee is selected”. The role of the super-delegates was established in-part to limit such conflicts and multi-rounds of voting on the convention floor, and instead allow the candidates to woo these delegates before the convention.]

My CRJ plan on going forward to the Democratic Nomination in a Contested Convention where a nominee fails to get the required the 2383 magic number of delegates for nomination relies on two things that I’ll discuss at length:

The notoriety of this U.S. Supreme Court case would completely saturate mainstream media and the halls of Congress as well shock the public awake with the lighting bolt and thunder of the U.S. Constitution!!! As far as waves are concerned, I think the Constitution would be the best wave to ride in on for America – a wave of a solid record that rocks both houses. Maybe they shouldn’t being building their houses with cards?

2) Hillary Clinton throwing her political support to me because she is buried in an FBI indictment charge no longer parlayed by Obama’s moot weight in the Justice Department.

As you can see, JUSTICE is the central feature of this Statue of Liberty Play and is also dependent upon the receivers of [Justice Reform] catching the ball!

Indeed, there are more than a few players on the field influencing right and wrong, justice and injustice.

IF you believe Obama is ineligible, why would you trust a U.S. Senator who NEVER spoke up on that huge issue of usurpation as a matter of objecting to the legality of Obamacare in a speech from the U.S. Senate floor lasting 21 hours?

Indeed, Senator Cruz thought more of Dr. Suess’s “Green Eggs and Ham” than he did about Obama’s constitutional ineligibility and therefore the right to sign anything in to law as is required by the Executive Branch for law to become law.

It’s a simple matter of fact that without a “Qualified President’s Signature,” no law or Act of Congress can take effect. With Ted Cruz’s desires upon the Office of the President we find his motivation for abandoning the most important aspect of the Constitution that would in effect silence Obama’s pen past, present, and future, without so much as a single lawsuit to fight for the next President, his eligibility for the Office – also one of Ted’s problems.