“ALTAR OF THE ALMIGHTY DOLLAR” 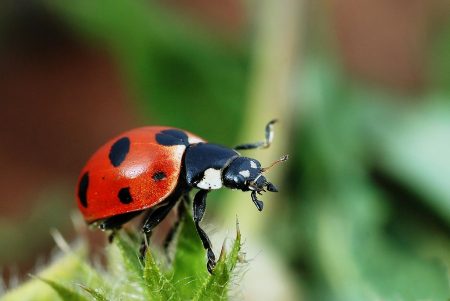 (Mar. 8, 2016) — Long before the white man came, the valley was known as the “Home of Half-Shell Bugs,” which we call Lady Bugs, and it was a particular hunting ground of the utmost degree. It was there, and ONLY there, where the deer came from to honor the feast of the introduction of a new chief of the Indian tribes from as far as a 5 day trek away.

But deer weren’t the only desirable gem from the valley, as the white man discovered in the 1840’s, for it was there that traces of copper were found.  But when there’s gold-fever, there’s only one cure: gold.

It was such a far, out-of-the-way valley that nobody had any need of it so it was designated a “State Protected Area through Eternity,” presumably so the deer, squirrel and beaver could live their lives in peace and tranquility, but also to ban mining, be it logging, strip or otherwise, for eternity.

And it came to pass that a “Mr. X” discovered an old assay sample of the area and, after the essential calculations, which included, among other things, like equipment and wages, bribes to various public officials, from the bottom-feeders — county officials (a couple thousand) — all the way up the chain to federal (millions). Money was to be made; after all, the price of copper was going though the roof.

So the BLM got involved and decided that the future bribes to be paid were worth the destruction of “Home of Half-Shell Bugs.” It then came to pass, not by any duly-elected official but by “career government employees,” that the land was “sold” to Mr. X so a copper mine could be constructed.

As soon as the clear-cutting was accomplished, the bulldozers moved in and a mine was built. Now from a public official’s point of view the mine was a money mine, for isn’t that envelope on the desk full of $100 bills? From the State Police officers’ perspective, the mine was “job security.” For Mr. X and his employees it was money in the bank on a weekly basis. Now for the deer, the trees and the millions of Lady Bugs it was oblivion: death, and death is eternal.

If it weren’t for the clear-cutting there may have remained a ray of hope, but once the bulldozers arrived, the valley’s fate was sealed. Look around where you live and witness clear-cutting in person: it’s happening all around us on a daily basis, from a builder of single-family homes to the apartment building or storage units being built all over the place. Maximize profits with no thought of any stupid worthless Lady Bug, of this we all can be abundantly assured, or so goes the belief of the “bean-counters” at the altar of the Almighty Dollar.

Solar farm in the future? Call the dozers and kill the cactus and lizard: no more cattle-grazing.

2 Responses to "Home of Half-Shell Bugs"