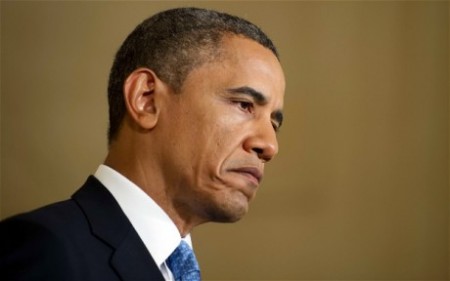 (Mar. 1, 2016) — In eight years I have written approximately forty letters denouncing Barack Obama’s illegitimate takeover of the Office of President of the United States. Copies of each letter were sent to most everyone mentioned within the letters and to all on my e-mail list. Initially, I expected to find Obama eligible, but, to my surprise, from day one, evidence surfaced showing he used deception, lying, limited fraudulent documents, and even silence to hide his ineligibility from the eyes of America. By his efforts he displayed his true colors, which, to no surprise, did not include red, white, or blue!

In previous letters, I mentioned how Obama claimed to have been born in Kapiolani Medical Center in Hawaii, yet, not one hospital, including Kapiolani  will, to this day, confirm his claim. Even former Hawaii, Governor Neil Abercrombie, who personally went to that hospital to obtain proof of Obama’s birth, returned empty-handed and publicly admitted that his trip was fruitless. Please reflect on the above two sentences, for the words were not born of Republicans nor racists. They were pure and simple statements of fact. If anyone other than Obama had attempted to justify a personal eligibility without valid evidence to confirm it, he would have been laughed out of every courtroom. Obama, however, had the last laugh, for he still had “lying” and “cheating” in his bag of betrayal, and he used them well.

The following example will illustrate how accurately the above paragraph heading identifies one of the most subtle means of defense Obama employs when his ineligibility is challenged. It’s called “Silence.” By ignoring questioners he keeps his deception secret, thereby forcing citizens to suffer for simply seeking the truth.
Consider Army Lt. Colonel Terrence Lakin, who had given 18 years of faithful service to our Country as a medical doctor and was a leading flight surgeon and a Bronze Star recipient. As he began to hear of Obama’s possible ineligibility, he went through military channels and got nowhere. He then wrote directly to Obama, who ignored his letter. After writing a follow-up letter to Obama, it, too, was ignored. Having already served one tour in Afghanistan, Col. Lakin simply wanted the growing nationwide doubts of Obama’s eligibility put to rest before going on a second Afghanistan tour of duty under a possible ineligible Commander-in Chief.
Think about this:  General Benedict Arnold, the American Commander-in-Chief of American forces at West Point, NY during the Revolutionary War, attempted to surrender the Fort to the British. An outright act of treason! If not for a few American militiamen who stopped a disguised British spy, Major John Andre, at a checkpoint and found a map of West Point fortifications from General Arnold and a copy of George Washington’s war council minutes of September 6, 1780, General Arnold’s treachery might not have been detected and our Country’s future radically changed. Colonel Lakin’s concern for Obama’s legitimacy was a modern-day equivalent of the West Point militia’s concern for our Nation.
For almost three years, Barack Obama used an ineligible, fraudulent document (Certification of Live Birth) to answer eligibility challengers, though, as a former Constitutional teacher, he knew his document was unacceptable for use by anyone seeking the Presidency. A long-form Certificate of Live Birth, for example, would have been acceptable, but he knew he didn’t possess one, hence he simply ignored Col. Lakin’s letters. For defending our Constitution the Colonel was rewarded with a court-martial conviction and imprisonment in Federal prison. Why? Because, at his trial, the Court admonished his attorney not to introduce any records which might “embarrass the President.” Embarrass the President! Yes, those were the Court’s own words. Unbelievable! Records, or lack of same, which would have exposed Obama’s treason, would have been more than “embarrassing.” They would have caused Obama’s downfall and more. Justice had its hands tied so that injustice would prevail. Does anyone still doubt that the wrong man was sent to prison?
Did Colonel Lakin’s rank and years of faithful service to our Country automatically entitle him to expect a direct response to his letters? No, but common courtesy and appreciation for being a faithful defender of our Country should have elicited a response from someone. But Obama knew that breaking his silence with the truth would have unearthed his deception. He therefore had to choose between his career and the Colonel’s. To Obama, this was a no-brainer. To save his career by silence he sacrificed the Colonel’s, thereby choosing treason over truth.
A year ago, I listened to a man tell a group that since Obama only had one year left in Office we should no longer pursue the eligibility issue. After all, he said, what more damage could he do? My response:  think of the Supreme Court destruction taking place right now and the illegal immigration issue, just to mention a few disasters. Unlike today’s Senate and House of Representatives’ inaction, George Washington, after being informed of General Arnold’s treason, did not say “Let’s wait until his term as Commander of the Fort ends before we take action.” No, he immediately had Arnold declared guilty of treason and ordered his arrest. Unfortunately, General Arnold had fled West Point and boarded a British ship to England and then fought for the British until the war’s end.
Our Nation is in turmoil and its self-proclaimed leader, Barack Obama, continues using ineligible and/or fraudulent documents (or none at all) to keep his illegal hold over our country and its military!
More to follow; it only gets worse.