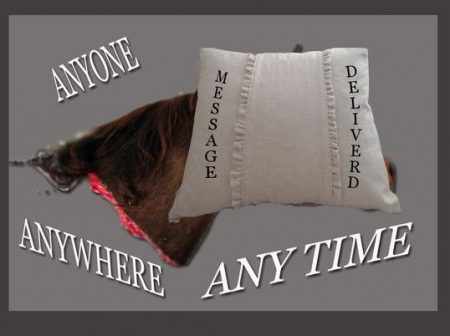 (Feb. 18, 2016) — Since the Kennedy assassination and death of Marilyn Monroe, conspiracy theories have become a part of the American psyche.  Questionable facts have served as fodder for these theories and birthed an entire generation of skeptics.  The well-earned distrust of an over-reaching government has done nothing to allay the skeptics’ fears.  And what once seemed like paranoia now seems to be reasonable and logical.

The escalation of these types of beliefs began at Ruby Ridge when Randy Weaver’s wife, son, and a federal agent were killed as a result of controversial standoff between the Weavers and government forces in 1992. On the heels of Ruby Ridge, in 1993, David Koresh and the men, women, and children of the Branch Davidians were massacred by the same type of government military swat teams that descended upon Ruby Ridge. Then there are the “truthers” who firmly believe that the atrocities of 911 are more than suspect and indicate a government conspiracy of nearly unimaginable consequences.  All of these theories are both supportable and questionable, with the truth forever buried in the pages of time.

Fast-forward to 2014 and the Cliven Bundy ranch in Nevada and you will be intrigued by the string of accusations made by the rancher and his supporters.  While Bundy’s claims may have been hard to understand and legally disputable, the government’s actions justified the resistance they were inspiring.  They went as far as establishing “free speech” zones in a country where every square inch is supposedly a free speech zone. Eventually, the government goons stood down in the presence of a committed and ever-growing band of citizen militia, intent on defending Bundy’s property rights.  But the stand down did not expunge the hostility the Bundy’s incubated against the feds. So when Dwight and Steven Hammond were unreasonably convicted of arson on federal lands in Oregon, Ammon Bundy led the protest and rode to their defense – with a whole militia by his side.  This confrontation ended with the death of LaVoy Finicum and the arrest of 8 others.

Unlike the deaths at Ruby Ridge or the Branch Davidians, the death of LaVoy Finicum had an added peculiarity. The FBI filmed the episode and then released it to the public.  You would think that such an act by the FBI would be an act that would indisputably acquit them from any wrongdoing.  Such is not the case.  The video, which can still be viewed at the time of this writing, tells a story that contradicts the story of the FBI agents present at the…execution.  The FBI says that LaVoy ran a roadblock and then reached for his waistband to grab his gun before he was killed.  I’ve watched the video many times, and admittedly, some of the details are hard to discern but here’s is what I saw.  At the beginning of the video being recorded by a government helicopter, the Finicum vehicle had stopped along the roadside for quite some time.  After nothing was being done, absolutely nothing, Finicum began driving again on the deserted roadway for what seemed to be several miles.  Ahead of his vehicle after a curve in the road and not visible from a distance, the feds had a roadblock set up.  Finicum’s car veered off to the side, apparently trying to avoid colliding with the roadblock.  He immediately got out of the vehicle with his hands held up in a surrender stance.  The agent that was already out of his vehicle, appeared to raise his arms in a shooting stance.  The distance the video camera was from the agent made his actions inconclusive but he was already out of his vehicle and in some kind of an aggressive position.  At that point, LaVoy bent over, appearing to hold his stomach.  Then another agent approaches from the rear and clearly shoots LaVoy dead from behind him.  The man was lying there dead in the snow for 10 minutes before any help arrived.

The strangest thing about this whole incident is that the FBI recorded it from their helicopter and released it, although no one asked for it and although it incriminated them.  This led to the obvious question:  why?  Why did they do it?  Many have speculated that they released this gruesome video to intimidate those that might be considering such resistance.  Again, this is speculation and it falls in line with conspiratory principles, but it also makes sense.

I didn’t write about the Finicum incident when it happened and I would not be writing about it now, except for the death of Supreme Court Justice Antonin Scalia.  Justice Scalia was a conservative giant whose death is a tragedy for this nation. He was a dissenting opinion on the Affordable Care Act, as well as government intrusion into the sanctity of marriage, and of course, Roe v. Wade.  He was a true conservative who earned the ire of the progressive movement, as the many insulting remarks in social media from these ideologues indicated immediately after his death.

As has been broadcast, Scalia was found dead at a resort owned and operated by a Democratic supporter of Obama.  This fact alone would inspire a deluge of suspicion by conservatives with conspiratory inclinations.  However, add to that the man was truly alone, without his usual security accompaniment at a place where he had never been before.  There’s still more.  He was found with either a pillow or a pillowcase over his head.  The reports conflict on this detail.  Additionally, he was pronounced dead over the phone and did not receive a post-mortem examination.  At first we were told that he died of a heart attack, then we were told he died of natural causes.  Now, I’m not a doctor but I have to ask how anyone could say how he died without a post-mortem examination?

The facts surrounding Scalia’s death are unusual – especially given the man’s profession.  However, for this writer, the most unusual thing reported is that he was found with a pillow or pillowcase over his head.  For me, this begs the same question that the death of LaVoy Finicum’s death inspired:  why?  If this was any kind of an assassination, why wouldn’t the pillow or pillowcase have been removed? Surely any amateur hit man would remove the most obvious evidence immediately.  Or is there more to it?  Were the proposed explanations for why the video released of the execution of Mr. Finicum outrageously extreme or were they valid?  Did the government authorities want us to know that if we challenged them, we could expect to be gunned down by their henchmen in the same manner Mr. Finicum experienced?  And was the pillow or pillowcase found over the head of the country’s most ardent conservative the equivalent message?  Or did Justice Scalia join the ranks of the 47 suspicious deaths associated with the Clintons? If so, we have reached a new level of tyranny.  Government that once sought to conceal its tyrannical authority, now flexes its muscles publicly without fear of criticism or accountability of any kind.

To be sure, there is a trend in America.  A trend where liberty is being adjudicated away and tyranny is rising to fill in the gap.  But my guess is that as long as America exists, there will be Americans that will resist the strong arm of tyranny.  Whether the death of Scalia was truly the result of natural causes or whether the government is sending another message to conservatives, as long as there are Americans, there will be resistance to such bold-faced aggression.  We see it every time gun control advocates raise their silly little voices and there is a flood of law-abiding citizens emptying the supplies of armament.  We see it in the militia that gathers to defend a rancher in Nevada or Oregon that they never met.  We see it every time a parent shows up at a Board of Education meeting to protest Common Core and PARCC testing.  Americans will not go quietly into that good night.  And if the powers that be think that intimidation will silence the voice of our patriots, they are sadly mistaken.

The deaths of LaVoy Finicum and Anton Scalia may have included signs of in-your-face intimidation, but intimidation only works for school yard bullies. For those with eyes to see and ears to hear, this sign means only one thing:  it’s time to gear up!

Note from TPATH: This most excellent by Rose Ann should get all Americans, no matter what political party they have supported in the past, to sit up and take notice.  Neither of the two major parties are what they were when our parents began their associations with them.

While the intimidation factor that Rose Ann writes about here is a very scary possibility, TPATH believes that this tactic of open and blatant, in your face display of “we can do anything we chose to do”, is meant for more than the general public.  Justice Roberts clearly received the message several years ago.  This latest message was for any other justice or elected official who may have missed it.

Tyranny Rising? Not So Quick added on Thursday, February 18, 2016