OBAMA WANTS TO PUNISH OIL INDUSTRY TO ADVANCE CLIMATE AGENDA.  SO DO HILLARY, BERNIE AND MIKE 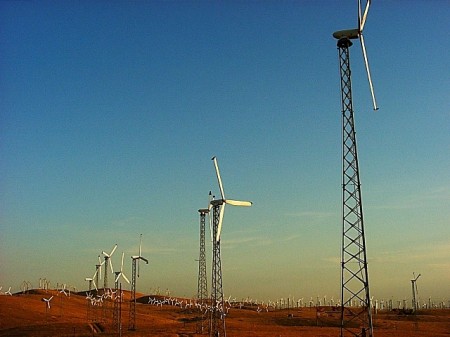 No presidency has ever come close to the Obama Administration in employing the rule to advance its ideologies and agendas. No industry has been so favored as renewable energy over the past seven years. No sector has been so thoroughly vilified and subjugated as fossil fuels during that period.

Nowhere was this more heavy-handed and destructive than in the coal and climate change arena, where a regulatory tidal wave inundated mines, power plants, companies, families, communities and entire states. Other EPA and Interior Department rules blocked leasing, drilling, fracking and other energy activities on millions of acres of government-administered lands, onshore and off, and even on state and private land.

Thanks to determined efforts by state attorneys general and other parties, however, a number of these regulations were stymied in courts of law. Nowhere was this more important than this week’s Supreme Court decision to block implementation of President Obama’s Clean Power Plan while lower courts consider some 30 lawsuits over its legality, state sovereignty, the scope of agency discretion in interpreting and rewriting federal laws, and the plan’s effects on energy, jobs, health and welfare.

That means this noxious regulation will be “vacated” for the remainder of Obama’s presidency.

The president, EPA Administrator Gina McCarthy and their allies are not happy. They promise to charge ahead with their “fundamental transformation” of the United States, via other tactics and edicts.

The oil patch is one of the few industries that kept the Obama economy (and presidency) afloat – primarily because of fracking, which slipped in under the EPA/environmentalist radar but is now under constant attack by Interior and Big Green. It created millions of jobs, channeled billions of dollars to local, state and federal treasuries, brought gasoline prices below $2 per gallon, and saved American families billions: every penny not spent on gasoline puts $1 billion a year back into our pockets.

So how does Obama intend to repay the industry, now that it has fallen on hard times? Amid a sluggish global economy and record oil and gas production, oil prices have plunged below $30 a barrel – forcing the oil patch to lay people off, many companies to retrench or ponder bankruptcy, and many communities to confront reduced employment, consumer spending, real estate values, and revenues.

But as part of his last-gasp, $4.1-trillion, $503-billion-deficit 2017 federal budget, the president wants Congress to slap a $10.25 tax on every barrel of domestically produced or imported oil. He says this will raise some $400 billion over the next ten years.

This will allow him to increase EPA’s budget to $8.3 billion, pour $1.7 billion a year into the “climate fund,” and channel hundreds of billions into high speed rail, wind, solar, biofuel, “eco-friendly” cars and other “green” energy schemes. It thus means more opportunities for unelected, unaccountable bureaucrats to pick winners and losers, expand their fiefdoms, and pad their bonuses and pensions.

Thankfully, the proposal is “dead on arrival” in Congress. Enough members understand (even if the president does not) that this tax will not be “paid for by the oil companies.” It will only be collected by oil companies – and then passed along to every American family and business, in the form of higher gasoline prices and higher costs for everything produced or transported using petroleum: food, clothing, plastics, fertilizers, pharmaceuticals, housing, healthcare, and countless other products and services. Even ethanol and other biofuels require petroleum, as do organic food and electric cars.

Mr. Obama, however, sees additional advantages to a 35% oil tax. It lets him stigmatize Big Oil yet again.

It advances his goal of ending our “addiction” to fossil fuels that still provide 82% of US and 87% of global energy – because they are the most abundant, reliable, affordable energy sources available today; because they sustain modern economies and living standards, and help lift billions out of poverty and disease. Would Obama also have us end our “addiction” to food, shelter and human companionship?

An oil tax would also help him promote the climate treaty he signed in Paris. The Supreme Court’s slap-down of EPA’s plans to regulate fossil fuels into oblivion means the United States is far less likely to implement the president’s unilateral commitment to the accord’s emission reduction demands (and massive wealth transfers, via climate “adaptation and reparation” payments) – even assuming the Senate ultimately approves the treaty, under its “advice and consent” authority. That in turn means developed and developing nations alike are even less likely to slash their CO2 emissions, carbon-based energy use, economic growth and living standards, for no progress in controlling nature-driven climate change.

Finally, all that devoutly wished for tax revenue would enable Mr. Obama to repay his debts to crony corporatist friends like Elon Musk. His Tesla Motors company continues to hemorrhage investor money despite massive infusions of taxpayer cash in the form of CO2 rules, subsidies, loans, $7,500 tax credits per car purchased, and free charging stations, so that the wealthiest 1.0 or 0.1 percent will buy the pricey cars. In 2015 alone, Tesla lost another $889 million, on revenues of $4.05 billion.

We’ve come to expect this from President Obama. Equally depressing, we also expect it from Hillary Clinton, Bernie Sanders, former DemoRepublican candidate-in-waiting Michael Bloomberg, most of today’s Democratic politicians, too many Republican pols, most government “public servants,” and certainly those who are “feeling the Bern” or think “there’s a special place in hell for women who don’t help other women” by voting for a certain candidate. (Hint: Ms. Albright didn’t mean Carly or Sarah.)

Indeed, Mrs. Clinton wants to have a half billion more solar panels deployed during her first four years in office, “enough clean energy to power every home” in America, at an estimated cost to taxpayers of $200 billion a year. Plus free education, free universal healthcare, and more. Senator Sanders doubtless agrees.

It is a sad, painful assessment of their economic literacy – and of our high schools, colleges, business communities and politicians’ ability to empower students and voters through economic literacy, a grasp of socialism’s abject failures and horrid excesses, and an appreciation of free enterprise capitalism’s incomparable record of improving the health, living standards and prospects of billions.

It’s also a sad commentary on liberal-progressive “climate justice” and “compassion” for coal mine, power plant and oil patch workers and families who have been pummeled by their policies – and for poor, minority and blue collar families that would be hit hardest by the Obama oil tax. Those families pay a far larger share of their incomes on energy, food, clothing and other necessities than do Barack, Hillary and Michael’s upper-crust friends, Bernie’s Wall Street benefactors, or even middle class families:

Were President Obama to succeed on his oil tax, “stop climate change” and “leave all fossil fuels in the ground” agenda, his “legacy” would be making tens of millions more Americans jobless, energy deprived and impoverished – and keeping billions beyond our borders mired in abject poverty, disease, malnutrition and despair. It’s up to informed citizen-voters to ensure this does not happen.

­­­­­­­­­­­­­­­­­­­­Paul Driessen is senior policy analyst for the Committee For A Constructive Tomorrow (www.CFACT.org) and author of Eco-Imperialism: Green power – Black death. © February 2016