WHAT IS THE MEDIA TELLING US…AND NOT SAYING? 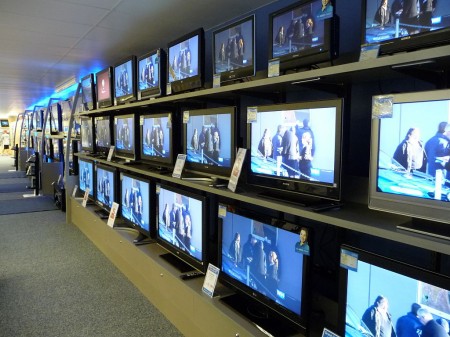 (Feb. 11, 2016) — “Good evening, ladies and gentlemen, and here we are, across the street from the train station, under the awning to take the pulse of the nation.  And here comes our first victim, I mean our first person to interview. Excuse me, sir, Roving and crew here. Got a minute?”

“Oh, sure. Hello and good morning. Yes, I’ve got a minute. Actually I’ve got a bunch of them since I was kind-of laid off.”

“Worked construction for 30-some years and was supervising the construction of metal buildings, specifically large airport hangars, but since Obama, that industry  — private airport hangars – dried up overnight; hence no orders; hence no job. I used to look for work — must’ve sent out over a thousand résumés — and didn’t get even one interview. Heck, I’ve even a college degree in ‘Modern Building Construction Technology’ and, like Trump, always brought my projects in under budget and before deadline, but no job. So, yes, I’ve time to talk with you.”

“Too bad. Alright. First question: what’s the main source of your news?”

“Like most Americans, it was the big 3 – ABC; CBS; NBC – until CNN and FOX came on line, then it was FOX until I got sick and tired of hearing O’Reilly saying the phrase ‘moderate Muslims’ night after night. But what really killed FOX was Megyn Kelly’s treatment of Trump during the first debate, and I haven’t watched FOX since. So I watch NEWSMAX and I’ve a number of interesting news sources on the Internet, such as ‘Jihad Watch,’ ‘The Post & Email’ and ‘Drudge Report,’ among others.”

“So would you consider yourself well-informed?”

“Not necessarily, but I think I can back up my choices with facts instead of outright lies.”

“No problem. Hillary first. Her history goes back to the Whitewater investigation; stealing stuff from the White House; private Internet server with Classified government emails and a bunch of other very questionable activities, not the least of which was having a member of the Muslim Brotherhood as her personal secretary, Huma Abedin – a Muslim – while she was the Secretary of State. But, in my mind, her biggest blunder was getting our Ambassador to Libya — Stevens and crew — killed without sending help.

“Look, I was in the military and know about the security at embassies, having spent some time in our embassy in Hong Kong. Somebody gave the ‘Stand-Down’ order. Maybe it wasn’t Hillary, but if it wasn’t her there’s only two others it could’ve been: Obama or Valerie Jarrett.

“As far as Obama goes, we don’t even know if that’s his real name; his school records have been sealed; the Social Security number he’s been using is a stolen one, and he has falsified information on his Selective Service card.  We don’t know whether he’s even a US citizen; there’s a likelihood he’s an illegal immigrant; and he has multiple fake Birth Certificates, the last being released by the White House itself.”

“Funny guy. That’s just what my mother asked me. She’s 97 years young so I guess we can give her a free pass.”

“Second question: you said you were once in the military. What’s your opinion on the state of America’s military of today, and where do you see our military in the future?”

“Obama has just about completely destroyed the military, meaning all the components that make it up, including the manufacturing of the parts that make up the weapon systems and not just the troops. When our country got rid of the Draft, our military changed from a ‘citizen army’ that defended the Constitution to an army that blindly follows orders from the president. The army of Vietnam was a citizen army while the army of today is an army that weeds out undesirables, people such as a decorated Army doctor who dared question Obama’s authority to issue orders as the Commander-in-Chief. This doctor – LTC Terry Lakin – was arrested, tried in a kangaroo court-martial and, because he wasn’t allowed to defend himself – was denied his Constitutional right to present a defense  – he was convicted, given a Dishonorable Discharge and sentenced to six months in the Leavenworth Federal Penitentiary.

“Meanwhile, the Joint Chiefs of Staff, the very institution designed to protect such excesses of government abuse, did absolutely nothing to aid in Lakin’s defense. The Joint Chiefs turned their collective backs on LTC Lakin and so – there’s a point to my discourse – if they can sacrifice one so nonchalantly, what restrictions – morally and legally — could there possibly have been to just go along with the ‘Stand-Down’ order to rescue our Ambassador and fellow Americans in Benghazi? The answer is none, so four Americans died for absolutely nothing.

“Those who serve are expendable; we know that. But to be thrown to the wolves, to the Muslim savages without nary an afterthought of saving them, is beyond reproach, and that’s the ‘difference it makes.’

“The overall quality of today’s average military man or woman is akin to the overall result of Affirmative Action: the common denominator is lowered in order to accommodate those that will follow illegal orders without question. This is done by design. You have women as SEALS; allow same-sex marriage to serve; allow women on man-o-war ships; and so forth. By design the ones who are kept on are the ones they can control. Let me ask you this: was there or was there not an uprising, a mutiny, when Lakin was convicted? I rest my case. And add Muslims into the mix and there it is: Obama’s military.

“Look, not all of the guys and gals in our military are the bad guys, but the writing is on the wall and the direction that our military is taking is obvious – or should be – to even the most jaded. Which doesn’t say a heck of a lot for the future of our country.

“You asked me about the future of our military. This I’ll tell you: it’s becoming indistinguishable from Iran’s or China’s in that it’s become an extension of the White House and not the military of a country, meaning an enforcer unit of the three branches of government plus the people as a whole, if you get my meaning.”

“How could it be fixed? Let’s hope that Trump gets elected; what then?”

“Excellent question. Virtually hopeless, but you got to start somewhere, and the first – and most obvious – place to start is to fire each and every employee of the Joint Chiefs of Staff and replace them – from the secretaries to the Chief – with those you hope follow their Oath to the Constitution rather than willingly follow orders from a Dictator. Look, the trial and conviction of one LTC Lakin was the turning point in American history; it was the end of America as we knew it and became the America of today, where we let four guys die in a Third World cesspool waiting to be rescued by the cavalry, but the cavalry received a Stand-Down order which was followed. So four of our guys died for nothing, or was it a quid pro quo for us killing Osama bin Laden? Who knows?

“Regardless of who gave the infamous ‘Stand-Down’ order, you can bet your bottom dollar Huma Abedin was involved, and I’m not even going to talk about SEAL Team 6, that somebody knew the exact heading and ETA at a specific spot on the planet earth, okay?

“Sure. One last question: what’s your thoughts on the VA?”

“Oh, that’s an easy one. First, get rid of this bonus nonsense: just do the job to the best of your ability, period. Second, make every single employee of the VA ex-military, from the janitor to the head honcho. That it?”

“That’s it. I’d like to thank you for making this episode of ‘The Pulse of the Nation’ an informative and enjoyable one.

“That’s it for tonight, viewers. I hope you enjoyed the show as much as we enjoyed bringing it to you. And so, without any further ado, this is your Roving Reporter on behalf of my crew wishing you all a goodnight: Goodnight.”

“Great show, guys. Hey, Mr. Veteran, we always grab ourselves a nice juicy burger after a show, and there’s a real good one right around the corner with your name on it. You game? My treat.”