(Feb. 10, 2016) — I don’t know if Aldo Bellei is alive today, but in 1971, his life took a dramatic turn when the United States Supreme Court reversed a lower court ruling and decided that the 31-year-old Italian-born American was no longer a U.S. citizen.

The case, Rogers v. Bellei, now stands as a pivotal case in America’s continuing effort to define citizenship, and the short answer as to why Bellei lost his citizenship was that he failed to follow U. S. residency requirements that were in place at the time of the Court’s decision.

Those requirements, which were repealed in 1978, required certain conditions be met to allow persons born abroad to U.S. citizens to keep their U.S. citizenship. However, the mechanics of those rules are not relevant to the outcome of this story.

What is relevant is the birth circumstances of Mr. Bellei and U.S. Senator Ted Cruz are essentially identical, with the only exception being that Bellei was born in Italy, and Cruz was born in Canada. Both were born to American mothers, and alien fathers.

From the case decision:

“The plaintiff (Bellei) instituted the action against the Secretary of State in the Southern District of New York. He asked that the Secretary be enjoined from carrying out and enforcing the relevant laws pertaining to his situation (301 (b)), and also requested a declaratory judgment that the law is unconstitutional as violative of the Fifth Amendment’s Due Process Clause, the Eighth Amendment’s Punishment Clause, and the Ninth Amendment, and that he is and always has been a native-born United States citizen.” https://supreme.justia.com/cases/federal/us/401/815/case.html

In response, and to make a long story short, the Court refused Bellei’s requests on all counts, and by doing so, declared – in effect – that a person with the same birth circumstances as Ted Cruz had not only lost his right to be a ‘regular’ citizen, but that he also was NOT a ‘natural born Citizen,’ either.

Now, before you get all twitchy on me and point out that the Court never actually said, “Hey, Aldo, sorry, dude, but not only are we kicking your skinny butt outta here, you were never a natural born citizen in the first place, and there ain’t no way we’re gonna call you one now,” save your comments because I know that.

But, since one of the ‘hidden benefits’ of being a natural born Citizen is that the government can NEVER take that from you (unless you want to surrender it), then the easiest way the Court could have dealt with the issue presented is to tackle that question first; then the other questions about how much time he spent in the U.S. would have been moot because Congress has no “power, express or implied, to take away an American citizen’s citizenship without his assent.” https://www.law.cornell.edu/supremecourt/text/387/253

Again, to be clear, the U.S. law has since changed on the part about losing your U.S. citizenship for residency violations, so I’m not implying that Cruz should lose his. 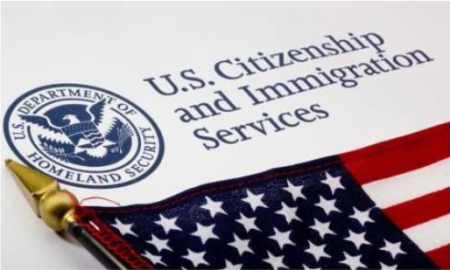 Had the Court found in 1971 that Aldo Bellei was a ‘natural born citizen’, it could not have revoked his citizenship.

From attorney and commentator Ann Coulter:

“A child born to American parents outside of U.S. territory may be a citizen the moment he is born – but only by ‘naturalization,’ i.e., by laws passed by Congress. If Congress has to write a law to make you a citizen, you’re not ‘natural born,’ Coulter recently wrote.

“Because Cruz’s citizenship comes from the law, not the Constitution, as late as 1934, he would not have had ‘any conceivable claim to United States citizenship. For more than a century and a half, no statute was of assistance. Maternal citizenship afforded no benefit’ – as the Supreme Court put it in Rogers v. Bellei (1971).”

“That would make no sense if Cruz were a ‘natural born citizen’ under the Constitution. But as the Bellei Court said: ‘Persons not born in the United States acquire citizenship by birth only as provided by Acts of Congress.’ (There’s an exception for the children of ambassadors, but Cruz wasn’t that.)”

Let that sink in for a moment…

How could Ted Cruz qualify today as a ‘natural born Citizen’ if he could not have even qualified as a ‘mere’ citizen had he been born prior to 1934?

The answer, of course, is that he could not have, and he does not qualify as one today, either, since his U.S. citizenship is based wholly on statute, and not on ‘natural birth’ on U.S. soil to two citizen-parents.

In other words, Cruz, Bellei, and all children born abroad to U.S. citizens are said to be ‘Naturalized,’ and “Naturalized’ citizens cannot be president, according to the United States Supreme Court:

“A person born out of the jurisdiction of the United States can only become a citizen by being naturalized, either by treaty, as in the case of the annexation of foreign territory, or by authority of Congress…” ~ Supreme Court Justice Horace Gray (1898) 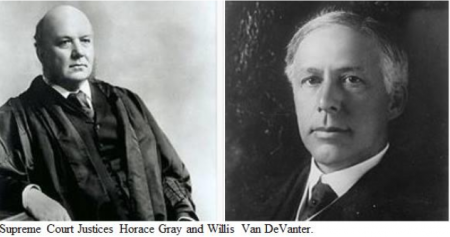 “Under our Constitution, a naturalized citizen stands on an equal footing with the native citizen in all respects save that of eligibility to the Presidency.” ~ Supreme Court Justice Willis Van DeVanter (1913)

It’s hard to predict who would be more upset with the current debate about the presidential eligibility of Ted Cruz (and Marco Rubio, too) – the Founding Fathers, or Aldo Bellei. On the one hand, Aldo Bellei got booted out of the country that if he were alive in today, some would say he’s actually eligible to be president of.

And on the other hand, if the Founders were alive today, they likely would wonder how hard can it be to understand the meaning of three simple words–natural. born. citizen.

The same men who pledged their ‘sacred honor’ would be shaking their heads in bewilderment in how we just can’t seem to understand what John Jay meant when he urged us to provide a ‘strong check’ against allowing a foreign-born American to get control of the government, and with it, the keys to the largest and greatest military on earth.

Or, maybe people just don’t know anymore that Founding Father Alexander Hamilton, writing in the Federalist Papers less than a year after the signing of the Constitution, and in reference to the natural born Citizen clause, said this:

“Nothing was more to be desired than that every practicable obstacle should be opposed to cabal, intrigue, and corruption. These most deadly adversaries of republican government might naturally have been expected to make their approaches from more than one quarter, but chiefly from the desire in foreign powers to gain an improper ascendant in our councils. How could they better gratify this, than by raising a creature of their own to the chief magistracy of the Union? But the convention have guarded against all danger of this sort, with the most provident and judicious attention.”

So maybe we do need to apologize to both the Founders and to Aldo Bellei, or maybe as conservative American patriots, we should instead band together as we’ve always done when the Constitution is under attack, which is to fight back, and in this case, declare that ineligible candidates are not welcome here anymore.

It’s clear the courts, the media and the lying, conniving politicians who are putting their own ambitions ahead of what the Founders warned us about certainly won’t do anything. The recent case decided by the Illinois Board of Elections is a perfect illustration. I can’t count all the ways the Board got the result wrong, but it’s almost no surprise when you read the pile of manure submitted to them by the Cruz legal team.

One slimy nugget was a reference to the Naturalization Act of 1790 without ever mentioning that the Act had been repealed just 5 years later and has been null and void for 230 years! To extend the deception, I’ve seen people already referring to the decision as coming from the ‘Illinois Federal District Court,’ when in reality, a local Board of Elections has no impact whatsoever on Federal case law.

But even in the face of the lies, it’s been more than gratifying to see the small army of citizen-journalists who have taken to social media to ‘out’ the impostors. It’s clearly having an effect, and more and more people every day are waking up to the truth.

Even if ‘We the People’ is all we have left, I actually like those odds.

‘We The People’ Should Either Apologize To Aldo Bellei, or Declare Ted Cruz NOT Eligible to President added on Wednesday, February 10, 2016

One Response to "‘We The People’ Should Either Apologize To Aldo Bellei, or Declare Ted Cruz NOT Eligible to President"