“IT IS IMPOSSIBLE TO DO BOTH” 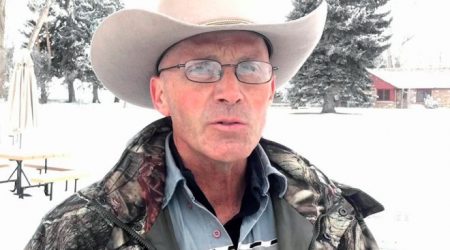 (Feb. 6, 2016) — “When it comes to being a true supporter of individual Freedom and Liberty, one cannot be just a little bit pregnant, you either is or you ain’t.”

At several times in the history of this country, a large segment of society began to realize their individual Freedom and Liberty were under attack by those who were tasked with the protection of those rights. The first time occurred when Americans were subjects of the British Empire. Brave folks, some of whom were the true founders of this country, such as the Sons of Liberty, Patrick Henry, Thomas Jefferson, James Monroe, Lighthorse Harry Lee and others, threw tea in the harbor in Boston, openly challenged the House of Burgesses in Virginia and stood on the Green at Lexington to defend the rights of the people to be armed and defend themselves against the tyranny of illegal government actions. In so doing they became enemies of the state.

Next in this country’s history were the brave people of 1860-1865 who stood against the financial tyranny of the majority in government who were using the South as a “cash cow” for their political ambitions in the North. Although “history revisionists” would have you believe the war of that era was fought over slavery, the truth is: like all wars, the motivation was money and power over others.

The North, through numerical domination of the Congress of the day, was using a steadily increasing tariff which fell primarily on the cotton states to finance internal improvements in the Northern states. When the 7 cotton states of the deep South seceded in 1860-61, the North began to see the financial destruction of their society and the loss of revenues to support their tyranny. This condition of financial distress in the North was readily apparent in the “Speech of the Honorable H.R. Nelson of Tennessee on the disturbed condition of the country.”

“Three short months ago this great nation was indeed prosperous and happy. What a startling wondrous change has come over it within that brief period. Commercial disaster and distress pervade the land. Hundreds and thousands of honest laboring men have been thrown out of employment; gloom and darkness hang over the people; the tocsin of war has been sounded; the clangor of arms has been heard.” (Washington: H. Polkinhorn, 1861, 1-12) (*Author’s note: from the third sentence on, does the above quote remind one of the conditions we face today?)

Of course, the purely sectional government of 1861 under Abraham Lincoln decided to preserve the flow of revenue into the coffers of that government by initiating a war which killed 800,000 people and a scorched earth policy against the people of the South who dared to embrace the tenets of the Declaration of Independence which was cited in each and every Secession Convention. Those who claimed the inalienable rights of the Declaration were deemed to be enemies of the state by the Lincoln administration.

“Governments are instituted among men, deriving their just powers from the consent of the governed. That whenever any government becomes destructive of these ends, it is the right of the people to alter or abolish it, and to institute new Government, laying its foundations on such principles and organizing its powers in such form, as to them shall seem most likely to effect their Safety and Happiness.”

It must be noted Abraham Lincoln did not receive one electoral vote from the states in the South and did not appear on the ballot in many of them. What was the cry of the Revolution: no taxation without representation? Under what illusion could the people of the South believe they had representatives in a purely sectional government led by a people who openly expressed their hate for the people of the South? Lincoln did not receive a majority of the popular vote in the entire country; he got something slightly less than 40%.

Today, in this country, we face similar circumstances to those faced by true Patriots in 1775 and in 1860. An overreaching, omnipotent government, acting completely outside of constitutional restrictions has declared war on anyone who dares oppose their illegal authority.

The conflict that was brought about by similar conditions in the 1770s in New England and 1860 in the South is seeing a rebirth in the Western States. The federal government, which unconstitutionally claims ownership of up to 84% of the land in Nevada, (more than the entire land area of New England) and not significantly lesser parts of other Western states, seeks dominion and control over it all. Again its all about money and power. The federal government is determined to depopulate the West by driving farmers and ranchers out of business and force everyone else into larger cities, using of course the dictates of United Nations policies and directives. (Read UN Agenda 21 and 2030 Agenda)

Totally worthy of the title of a Son of Liberty was one LaVoy Finicum. Mr. Finicum, realizing the truck he was driving was under fire by rogue elements of our government, and that his passengers were in mortal danger, jumped from his truck in an effort to draw attention and gunfire away from them and towards himself. An act of sheer bravery which cost him his life. But, I do believe the Good Book states “Greater love has no man than this, that a man lay down his life for his friends.”

What has drawn my ire and attention in the past week or so are those who have cowardly challenged the motives and actions of not only LaVoy Finicum, but also, Ammon Bundy, Ryan Bundy, Shawna Cox and others who had the courage to stand for Liberty and Freedom for us all. Certainly, they too were declared enemies of the state.  Especially obnoxious are those who claim residence in the liberty community. Of course their motive for aligning themselves in this community is the desire for personal notoriety or financial gain. Documentation of this allegation abounds.

True courage, such as that exhibited by LaVoy Finicum, is a rare commodity indeed. Freedom and Liberty do not sprout and bear fruit in the hearts of cowards, or those who seek fame and fortune. Those who criticize the courage of such people or the motivation for their efforts, are either useful dupes, controlled opposition or out-and-out paid agents for the government they claim to oppose.

Some have written the answer to our dilemma involving the illegal seizure of land and water in the West by this oppressive government can be found in the government-owned and controlled courts, as long as we are able to come up with millions of dollars with which to line the pockets of lawyers. Is it not the courts and crooked lawyers who have sold us into financial and physical slavery? Can anyone seriously believe the courts will ever turn on the very source of their power? Would it be germane to believe people who propose such madness are instruments/puppets of the very government they pretend to challenge and should be looked upon with the same disdain and contempt any man of courage would feel for Mayor Bates in the movie Red Dawn?

The full force of tyranny and oppression at the hands of those who cowardly pulled the trigger on LaVoy Finicum and others who never fired a shot in their own defense has been well established. More land will be seized; more water rights taken; more Patriots shot and imprisoned; more farmers and ranchers driven out of business; more court decisions rendered supporting government while demonizing those who support our Constitution and Bill of Rights.

I have a question for those who claim “this is not the hill we choose to defend and possibly die on?” Where is that hill? Emphatically and demonstratively tell us where that hill is in your mind. Where is the line you will not permit the tyrants to cross? When is enough” Tell us, please; we anxiously await your description of the line-in-the-sand you will not allow tyranny to cross and what encroachment on your rights will not be tolerated.

The events in Oregon came to the bitter and deadly end that they did, not for a lack of courage of those involved, but for a lack of courage in those who criticized them from the very beginning of their efforts. All the despotic government needed was a few cheerleaders from the patriot community to justify their actions. They got them in spades.

The victory won by the people in Bunkerville, Nevada in April of 2014 at the ranch of Cliven Bundy, was lost in Oregon because several who tried to take control over the proceedings in Nevada for personal notoriety and the possible resultant financial gain went away butt-hurt from the Bundy Ranch, determined to exact their pound of flesh/revenge from those who refused to be led by such people. The events in Oregon presented these cowards with the perfect venue for their much awaited revenge.

It is in the hands of such people as those mentioned above; useful dupes, controlled opposition and government lapdogs, that the failures in Oregon belong. Only in their wildest imaginations and wet dreams will they ever acquire the courage on display for all to see by LaVoy Finicum. May God rest the Soul of a True Patriot—damned few left.

Freedom and Liberty will never again reign in this country as long as the jealousy and vindictiveness of those who claim to cherish both continues to reign supreme with the shallow-minded, and those who seek personal notoriety and enrichment within the Patriot community continue to run rampant. Freedom and Liberty die where alleged proponents attack people of courage and conviction with vile words and ad hominem attacks.  You can either support Liberty and Freedom or you can support tyrannical government—it is impossible to do both.

“It is amazing how much can be accomplished if no one cares who gets the credit.” ~ John Wooden

Why We Will Never Be Truly Free added on Saturday, February 6, 2016