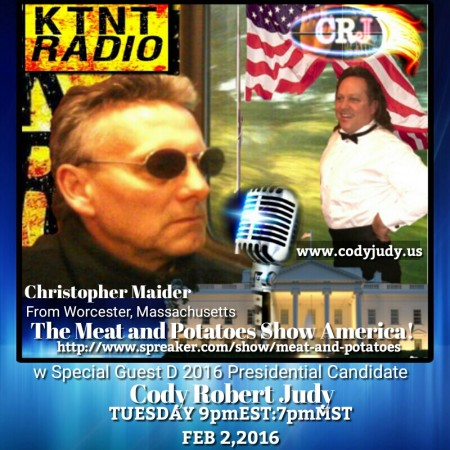 (Feb. 2, 2016) —It’s been awhile since the #IowaCaucus picked a winner on the Republican side of the aisle. Gov. Mike Huckabee won in 2008 and Sen. Rick Santorum won in 2012, beating the eventual Republican nominee, Mitt Romney. Going back it was George W. Bush in 2004’s Iowa Caucus that sustained a winner who eventually became the nominee and became the President, winning the general election.  On the other side of the aisle, Barack Obama surprised everyone in 2008 by beating Hillary Clinton and did so again in 2012 while fighting off charges and dozens of lawsuits that he was not qualified to be President as a [natural born Citizen]. While the Presidential Election years have changed, not much else has, as Americans suffer the whims of politicians and the U.S. Supreme Court remains in hiding, refusing to grant a forma pauperis Motion to a Writ of Certiorari that names Obama, McCain, Ted Cruz, Marco Rubio, and Bobby Jindal ineligible by the standard definition understood by the Framers of the Constitution [born in the U.S. to Citizen Parents]. The BIG Question is, “At what cost?”

These will be the topics discussed tomorrow night (Tuesday 9pm EST 7pm MST Feb 2, 2016 ) on Christopher Maider’s ~The Meat and Potatoes Show~ broadcast out of KTNT Radio in Worcester, Massachusetts. The show is archived and podcast for listening at your convenience.

While there are no secrets to Cody Robert Judy’s 2016 Democratic Party Presidential Campaign being officially registered in the Federal Election Commission’s (FEC‘s) eyes. What has thus far been kept a secret to much of the Democratic Party Members is that there were more than three candidates running in the Democratic Party and how precariously close Cody Robert Judy is to legally tapping and exposing their cover-up of his candidacy in a BIG NATIONAL MOVEMENT spearheaded by the umbrella of law that provides ‘Justice for All’ in the U.S. Constitution.

It’s been a while since the 70’s when President Richard Nixon was told by the U.S. Supreme Court he had to give up secrets. The Judiciary Committee, given the authority to investigate charges against the President, had an impeachment inquiry staff team that featured Hillary Clinton, now a candidate for President in the Democratic Party competing in the Iowa Caucus and keeping her own secrets tucked away very tight inside a private email server to avoid Government FOIA requests absent her having the first position to scatter them as her private server allowed her to do.

The problem was because it was private, it was much more vulnerable, and while providing Hillary Clinton with a sense of comfort, America’s national security was being hacked by Guccifer and subject to anything but security in the top foreign diplomat job she occupied by appointment of Barack Obama. Hillary and Obama fought a bitter battle in 2008 for the nomination of the Democratic Party, and the conciliatory Secretary of State job, while perhaps surprising to some, may have been a wise move for Obama in Sun Tzu’s ascription of keeping your friends close and your enemies even closer.

The questions surrounding both Barack Obama’s knowledge of Hillary Clinton’s private server, the ties to the many lucrative foreign contributions to the Clinton Global Foundation, her job as Secretary of State, and Hillary Clinton’s 2016 Campaign for President have enveloped into an FBI Investigation that might make thrilling Clancy novels in the future, but leave America holding a bag of political pollution in 2016 in the considerations of compromising national security as well as the highest office of our Government.  This leaves America to wonder whether caucus-goers in Iowa are considering the bad experience or good experience Hillary Clinton has standing up since the 70’s has taught her. Has she learned exactly what she could get away with and how to wrap a President into a web of blackmail with the tactical advantage that puts him at risk as well as the Office of President through the compromise?

Clearly the 22 Emails deemed so secret and potentially damaging to the Country that the Intelligence Agencies they involve have deemed them sealed and unavailable even in redacted form. Could the 18 additional emails, a chain of emails between Clinton and Obama sealed by Executive Privilege of the Presidential Records Act of the President mirror the 18 minutes lost in the tapes of Nixon’s Watergate Investigation? They do for now because of a number of reasons that the American People are the victims of a loss of trust verified by what is already known and understood from the FBI investigation revealing ‘operational intelligence,’ jeopardizing sources, methods, and lives and over 1200 emails deemed classified.

The questions keep piling up with America’s mainstream media refusing to investigate the President as it did in 1974 with the 1972 Watergate Scandal. The new digging journalism seems increasingly handled by alternative and organic sources not yet conceived in the minds of those dipping their toes in politics of the 70’s as Hillary Clinton was. YouTube, Facebook, Twitter, and blogs, just like this one earning hundreds of thousands of views, were unheard of.