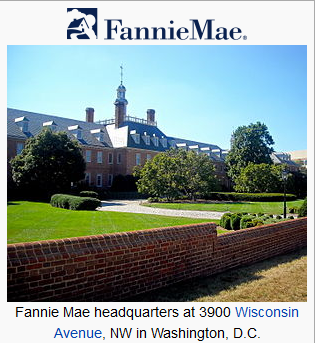 (Feb. 1, 2016) — Every American should already be familiar with Rule No. 1 in the Democrat Party playbook, a rule that tells Democrats that whenever they are caught doing something that is either illegal or unethical… or whenever party policies or favored programs result in unpleasant consequences for the American people… they should always begin by blaming Republicans.  At the very least, they should complain that Republicans are guilty of the same offense.  But there is much more that every American needs to understand about Democrats, especially now that Hillary Clinton and Bernie Sanders are left to defend what has been a disastrous economic performance, grossly mismanaged by the most incompetent president in U.S. history.

This column is a rewrite of a column published in January 2012 which attempted to explain the 2008 recession and the anemic Obama recovery in simple but understandable terms.  It is being republished because, as we prepare to elect a president to clean up the Obama mess, Democrats continue to lay blame for the nation’s economic ills at the feet of George W. Bush.  So if we are to avoid a Hillary Clinton presidency in 2016, we must all have a good basic understanding of our economic morass… one that even rank-and-file Democrats can understand.

First, it must be understood that the Community Reinvestment Act of 1977 (CRA), a Carter administration initiative, was a laudable and timely idea.  It encouraged lenders to make home loans to qualified borrowers who had previously been denied solely on the basis of the color of their skin.   The CRA was intended to reduce or eliminate a practice known as “redlining,” in which lenders discriminated against potential buyers, approving home loans for lower-income whites but not for middle or upper-income blacks.

Throughout the Reagan and Bush (41) years, between 1981 and 1993, the CRA was enforced in an even-handed and straightforward manner.  Lenders were required to abandon “redlining” and to meet the credit needs of all members of the community, consistent with sound lending criteria.  However, no sooner had the Clintons occupied the White House in 1993, than Democrats began to act like Democrats.  They decided that the CRA, if strategically enforced with a political end in mind, provided a unique opportunity to solidify the votes of the poor, especially minorities.

Under the Clinton administration, regulators paid particularly close attention to the lending practices of banks and savings & loan associations.  In other words, were lenders meeting the credit needs of all borrowers in their local communities, regardless of borrowers’ ability to repay their loans?  Accordingly, they began to use the results of those examinations to decide whether or not to approve bank mergers and acquisitions, and whether or not to approve applications for new branch banks.  Mortgage lenders soon found that the CRA was more stick than carrot.

As a result, lenders abandoned traditional lending criteria and made mortgage loans to almost anyone who applied, regardless of their income level or creditworthiness.  Under normal circumstances, no prudent lender would ever lend money to those with little or no ability to repay the loans, but these were not normal circumstances.  Two of the Democratic Party’s favorite patronage cesspools… Fannie Mae and Freddie Mac… were standing ready to buy up any and all mortgages.  And why should Fannie and Freddie worry about the quality of the mortgages they acquired?  They had no reason to worry because, as quasi-public institutions, they had the entire cash assets of the American taxpayer… the U.S. Treasury… at their disposal.

Here’s how it worked.  When a home buyer took out a home loan from a bank or a savings & loan association, the mortgage was then sold to what was known as a Government Sponsored Enterprise (GSE), i.e., Fannie Mae or Freddie Mac.  Fannie and Freddie then bundled the loan with other sub-prime mortgages and sold the bundles to private investors… promising not only attractive returns, but a high degree of security as well.  By year-end 2010, Fannie and Freddie had acquired more than half of the $11 trillion mortgage loan market in the United States.

However, the sale of mortgages to private investors was not a totally arm’s-length proposition because, even though Fannie and Freddie had sold the bundled mortgages to private investors, they continued to have a financial interest in them.  They guaranteed the securities for the investors, promising to continue making payments on mortgages even if homeowners stopped making payments.  In 2008, when the overheated real estate market collapsed and a great many homeowners stopped paying all at once, the cash reserves of Fannie and Freddie were soon depleted, forcing them to default on their guarantees and precipitating a major economic crisis.

One might ask, how could something like this happen directly under the noses of our political leaders without anyone taking notice?  The fact is, shortly after taking office in 2001, the Bush administration did notice and took steps to reform Fannie Mae and Freddie Mac.  What they apparently failed to understand was that Fannie and Freddie existed in a world of their own, a world in which Democrats who were either owed big favors, or who were being paid to keep their mouths shut for one reason or another, were well taken care of.

Among these was Franklin Raines, former Clinton White House budget director, who served as chairman and chief executive officer of Fannie Mae.  Raines took “early retirement” from Fannie Mae on December 21, 2004 after the Office of Federal Housing Enterprise Oversight (OFHEO) accused him of participating in widespread accounting irregularities, including the shifting of losses so that senior Fannie Mae executives could earn large bonuses.  Some $90 million was paid to Raines based on overstated earnings… earnings initially reported at $9 billion but later found to be in the neighborhood of $6.3 billion.

Tim Howard, Chief Financial Officer under Raines, was a former Senior Economic Advisor to Barack Obama.  When Howard was terminated at Fannie Mae he walked away with a “golden parachute” reported to be worth approximately $20 million.  Jim Johnson, a former Lehman Brothers executive who headed Obama’s vice presidential search committee, was also a former Fannie Mae CEO who was forced to resign.  Johnson’s 1998 Fannie Mae compensation was reported at between $6-7 million.  In truth, it was $21 million.  And last, but not least, we have former Deputy Attorney General in the Clinton administration, Jamie Gorelick, the woman who erected the infamous “Gorelick Wall” which prevented the CIA and the FBI from sharing intelligence that could have prevented the 9/11 attacks on the World Trade Center and the Pentagon.  After leaving the Justice Department under fire, Gorelick resurfaced as Vice Chairman of Fannie Mae from 1997 to 2003.  And although she had no training or experience in finance whatsoever, during the six years she worked at Fannie Mae she earned over $26 million.  Even in Democratic circles, that seems to be an excessive amount of “hush” money.

While serving as Vice Chairman of Fannie Mae, Gorelick participated in the development of an accounting scheme which allowed Fannie’s Mae’s top executives – whose bonuses were tied to earnings-per-share – to meet the target for maximum bonus payouts.  For example, in 1998, the target earnings for maximum bonus payout at Fannie Mae was $3.23 per share.  Fannie Mae reported earnings of exactly $3.2309.  (Don’t you just hate it when that happens?)

So how was this arranged?  When Fannie Mae found itself facing an extraordinary expense in 1998, estimated at $400 million, Johnson, Franklin, and Gorelick decided to recognize only $200 million of the $400 million expense, deferring the remainder to the next fiscal year.  This fortuitous “coincidence” resulted in maximum bonus payouts: $1.932 million to then-CEO Jim Johnson, $1.19 million to CEO-designate Franklin Raines, and $779,625 to accounting whiz Jamie Gorelick.  Democrats do have an uncanny way of taking care of their own.

In the seven years that Barack Obama has been in office, Democrats have waged an unrelenting attack on George W. Bush, insisting that he did nothing to forestall the Fannie and Freddie disasters that still weigh like a wet blanket on our economy.  However, the facts are these: the record shows that the Bush administration warned Congress of impending insolvency at Fannie Mae and Freddie Mac in April 2001, May 2002, November 2003, February 2004, August 2007, December 2007, March 2008, April 2008, May 2008, and June 2008.  In addition, officials of the Bush administration testified before Congress, calling for reform of Fannie and Freddie, in September 2003, June 2004, April 2005, and February 2008.

In each instance, their warnings were either ignored or were subjected to strong push-back from leading Democrats, who charged Republicans with opposing home ownership by the poor and minorities.  In each instance, the principal push-back came from former Senator Chris Dodd (D-CT), a subcommittee chairman of the Senate Banking Committee, the recipient of “sweetheart” loans from now-defunct Countrywide Financial Corporation; and former Rep. Barney Frank (D-MA), Ranking Member of a subcommittee of the House Financial Services Committee.  Not surprisingly, one of Frank’s homosexual partners, Herb Moses, was a high-ranking official of Fannie Mae at a time when he and Frank played house together on Capitol Hill.

In short, the financial crisis that our country has faced since 2008 is exclusively the product of Democratic political excess.  It is further proof that, when government interferes in the private economy in order to guarantee what liberals and Democrats see as “fairness” and “equal outcomes,” the unintended consequences are always predictable, but never pretty.  What would be pretty would be to see Chris Dodd, Barney Frank, Franklin Raines, Jim Johnson, Jamie Gorelick, and other Obama cronies being led away in handcuffs.

As Obama enters his final year in office he continues to blame the nation’s financial difficulties on George W. Bush.  If we all understand the root causes of the crisis and how it was engineered by Democrats, we will have all the ammunition we need to defeat them at the polls in November.

What Every American Should Know added on Monday, February 1, 2016