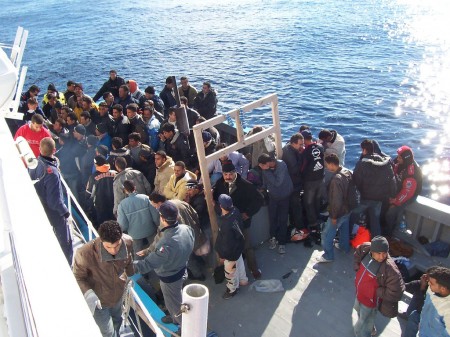 (Jan. 19, 2016) — “Good evening, ladies and gentlemen, as you can plainly see, we’re back in the fortune-teller’s tent on the midway at a carnival here in Lake Worth, Florida, the home of the ‘Newly-wed or nearly dead,’ for another reading from Madam La Cheri. The viewers really liked last night’s show, judging by the overwhelmingly favorable responses, so we’re back. What you got in store for us today, Madam?”

“Please don’t refer to me as a ‘Madam;’ people tend to get the wrong idea. I just haven’t gotten around to changing the sign.

“I like the idea of being portrayed as a positive influence rather than a prophet of doom. Maybe a smiley face and ‘Have Your Fortune Read!’ Take last night’s show, for instance. The reality was the first scenario, you know, the gnashing of the teeth and the wailings: all true. The second part, not so much. The rules of engagement won’t change; Muslims will still be allowed in our military; and the Commander-in-Chief won’t be handcuffed and thrown in a cell in Gitmo.

“But let’s talk about the here and now. So let’s get set up while I’ll uncover the crystal ball. What’s your question?”

“The widespread belief that Islam is a religion was made up by some Muslim many years ago to fool people into believing such nonsense. True or False?”

“Yes, it’s true, all of it. Islam was marketed as a ‘religion’ as soon as the printing press was invented, but they really went all-out on the lie when America came on the world scene, I mean, when the First Amendment was made public. They did a really good job of it, and we see in many books that Islam is one of the ‘world’s great religions,’ when it’s nothing of the sort.

“Islam is a political philosophy, akin to any other. It rules by draconian methods to keep a Totalitarian ruling class in power. It rules by sleep deprivation; limited education opportunities to a small segment of the population (depriving women of equal opportunity); and by a method of self-regulation that relies on spies, even to the point of children denouncing their parents for fantasized slights against the regime; and by pitting neighbor against neighbor: which is the more pious? Who can ‘honor-kill’ the most – women – in their family? Which family has the most suicide murderers? And so on: a river of blood that never ends.

“No, Islam is not a religion, but our mentally-challenged Americans believe in the hocus-pocus, hype, outright lie. Islam is POLITICAL and NOT religious, understand? The praying part is a public display of deference TO THE STATE. The State’s handbook is called the Qur’an, and it is no different than Chairman Mao’s ‘Little Red Book’ or the ‘Communist Manifesto’ that Stalin and Bernie Sanders like so much.

“The Democrats became unglued when Trump called for a moratorium on Muslim immigration. In reality – what honestly should’ve happened – was an overwhelming support of Trump’s policies and the denouncing of the White House and the Department of Homeland Security (aka Muslim Relocating Service) in-your-face ploy to bring in as many as Barry’s (Obama’s) Praetorian Guard (Muslims) as possible before he moves out of here to some Islamic State in 2017.

“No, Americans just aren’t smart enough to know when they’ve been taken for a ride. They have religion on the brain; they are so ‘accepting’ of all religions that they can’t tell a fake one from a real one. No Golden Rule to be found in a Muslim flying a plane into a building.

“So that’s it: the key. If you don’t believe and live the Golden Rule, then you belong in an Islamic State. It’s the true test of a religion, or how people from all over the world, irrespective of any differences: I’ll leave you alone if you leave me alone.

“But Muslims just can’t do that – leave people alone – can they? Indiscriminately stabbing an Israeli mother of six to death in her home: so much for welcoming any Muslims into our country and so much for keeping any of them here.

“Hey, I’m sounding like a politician. Well, that’s my reading of the day. Thanks for stopping by. How about you all coming on over to my RV for some burgers? My treat.”

“Thank you, we’ll accept. And thank you, viewers, for your support of ‘The Pulse of the Nation.’ And thanks for watching tonight’s show. This is your Roving Reporter and crew saying goodnight: Goodnight.”