“DO WORDS MAKE AN IMPRESSION ON YOUR CHILDREN?” 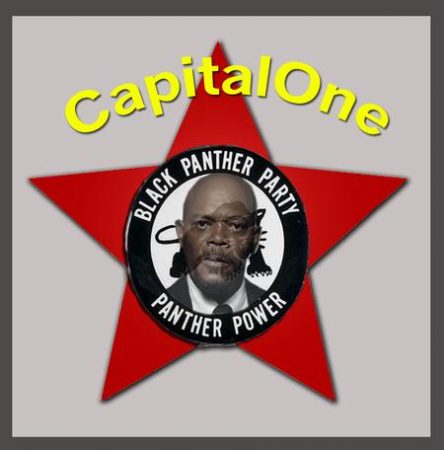 (Jan. 1, 2016) —[Editor’s Note:  While it is normally not the policy of this publication to permit profanity, even in partial form, we have allowed a truncation here, as written by the author, so that the reader can verify the claim himself and make his own decision.]

A few years ago CapitalOne dropped Alec Baldwin as spokesperson. I thought it was because he is too liberal – too controversial. However, he may have been dropped because he wasn’t liberal or controversial enough!

His replacement, Samuel Leroy Jackson, is even worse. The man makes no bones about being bigoted against whites, police and capitalism.

“I am still far from convinced that US socialists should vote for Obama, but I have to admit that the more we see and hear that ignorant, dangerous jerk Romney, the more difficult it becomes to resist the lure of lesser-evilism.”

That’s right, Jackson didn’t think Obama was enough a socialist. And when it came to his fellow millionaire, Romney, he produced a video to get the socialist vote out. Using an eight-year-old girl who worries her parents, sisters, brother and grandparents might not even vote for Obama, he comes out of their TV and rails against them saying, in the rhyme of Twas The Night Before Christmas,

“Sorry my friend, but there’s no time to snore.
An out-of-touch millionaire’s just declared war.
On schools, the environment, the unions, fair play.
We’re all on our own if Romney has his way.
And he’s against safety nets, if you fall, well, tough luck.
So I strongly suggest you WAKE THE F— UP!”

The video ends with the little girl going…

“Away to the window she flew like a flash,
Tore open the shutters and threw up the sash.
Then speaking to no one in particular shouted, WAKE THE F— UP!”

I’m not making this up. Just search Samuel L Jackson, Wake the F— Up.

But that’s what the secular humanist progressive elitists do. They push God out of society and replace Him with all kinds of vulgarity. No personal responsibility required as long as you constantly attack the enemy. And as Pogo says, “the enemy is us.”

What seems strange is that Mr. Jackson should be so prone to socialism since his net worth, amassed through capitalistic endeavors in a capitalistic society, is $170 million. And he doesn’t have an aversion to living like a rich capitalist. He owns a “modest” 6 BR, 8 Bath, 11,738 sq. ft. Beverly Hills home purchased for $8.35M.

I certainly don’t begrudge Mr. Jackson or anyone who can legally amass wealth using their talents. I simply cannot understand how he can seek to destroy the very system that allowed him to become rich and famous.

Mr. Jackson has always been an activist, especially when it comes to race. He’s a former member of the Black Panthers and still shows his bigotries.

During an interview with the Hollywood Reporter he said he hoped the San Bernardino shootings weren’t committed by Muslim terrorists, hoping instead they were whites.

He said, “I can’t even tell you how much that day the thing that happened in San Bernardino … how much I really wanted that to just be another, you know, crazy white dude, and not really some Muslims. Because it’s like: ‘Oh, s–t. It’s here. And it’s here in another kind of way.’”

Mr. Jackson also stars in the soon to be released movie, “The Hateful Eight,” his sixth collaboration with Quentin Tarantino. Both men have shown hatred for police, embracing the Black Lives Matter mantra that cops are killers. Mr. Jackson even challenged his celeb friends to join him in singing a protest video with lyrics that say in part, “Calling out the violence of the racist police.”

Finally, CapitalOne’s favorite spokesperson is quoted as saying, “I’m gonna [sic] vote for Hillary. I mean, I love Bernie (Socialist Sanders) – Bernie’s a man of the people – but he can’t win. So I gotta cast my vote for a person that can keep those other people from winning, okay?”

No, Mr. Jackson, your bigotry and hatred of police, whites and capitalism is not OK.

I wrote CapitalOne to express my displeasure with their choice of spokesperson.

You can, too; their address is:

NOTE from TPATH: CapitalOne has a long history of liberal policies.  They permit illegal immigrants to open and hold bank accounts even if they do not have a valid Social Security Number. They help illegals send money out of the country via those accounts.