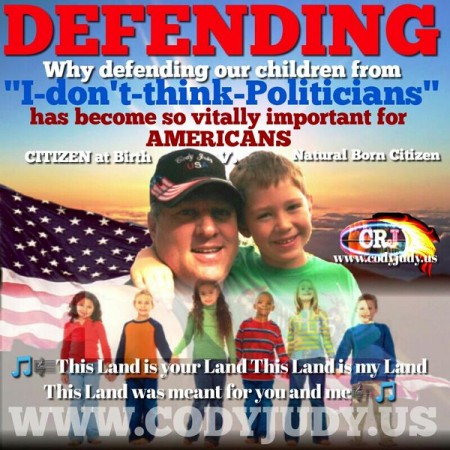 (Dec. 31, 2015) — A lively and frankly important discussion has been taking place the last couple of days I would like to highlight in the consideration of this Post.  The discussion has take place at www.ObamaConspiracy.org  entitled SFW: Obama Conspiracy Theories Public Statement Regarding American News Media and Obama’s Article II Eligibility.

Without making this article too long with the VIP Comments included below, I’d like to leave with the reader here an impression of the vital American culture that is always under attack. It goes with the territory of being a front-runner, we might say.

America under the umbrella of the U.S. Constitution as jurisdiction must always be protected. We hope our three check and balance system works to keep a particular personality from overruling. It works but often does take time. The process, for instance, of checking a sitting President unlawfully occupying the seat is not an easy road, and that is the one The Birthers have had to travel.

I do want to say how humbled and honored I am to rub shoulders with the Birthers. We are all simply those who desire authenticity to our President’s Qualifications uniquely American – born in the U.S. to Citizen Parents a [natural born Citizen] as per the U.S. Constitution.

Accustomed to being in the fire, some people have wondered why I have spent so much time over at Doc’s Obamaconspiracy.org? Well, I’ve never been opposed to defending the truth no matter where I was. I have found myself challenged and simply rise to the challenge of debate and hurdles set over there. I have made friends over there I did not expect to make, which is wonderful. We agree to disagree and being in the discussions has helped me refine my argument and to learn how the Anti-Birther thinks.

There have been questions answered in my own mind on this matter when it come to how and what they were thinking. The greatest realization I have had from spending some time over there is that they feel in opinion that “Citizen by Birth” is the same as “Natural Born Citizen.”

This is where literally hundreds of millions of dollars is at stake in Campaigns and Contributions as well as Trillions of dollars of Media Attention have been directed. To say it’s not important is to embrace the absurd and ridiculous.

It is to those assertions my comments are directed as well as the violations of my own rights in the denial of Forma Pauperis I’ve experienced at the U.S. Supreme Court Case Judy v. Obama number 14-9396. If you’d like to read the whole discussion in comments you certainly can, bearing in mind that there is also a tactic of debasing, ridiculing, and belittling tactics that is not meant for the weak of heart.