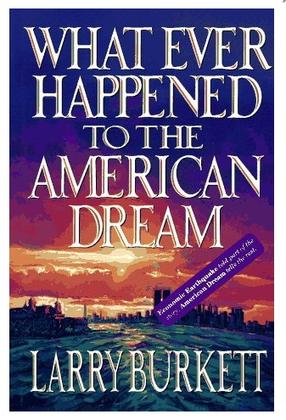 (Dec. 5, 2015) — Tis the season to be jolly – at least for those who still are able to provide for their families.  While there may be many comfortably relying on government assistance for sustenance plus niceties, there are many more that still embrace a moral work ethic and would prefer to work for what they have.  The latter group is quickly dwindling – not out of laziness but out of practicality. Jobs that pay what you’re worth are getting harder to find and government assistance is getting easier.  The reasons for this transformative condition is as multi-faceted as the reasons for the decline in the American family.  But if we are to ever change what’s wrong, we must begin to understand at least some of the facets.

A good example: At Thanksgiving dinner this year, I was more than pleased to learn that my youngest niece had reached the age where I could finally buy her a Madame Alexander doll for Christmas – a tradition I had started for her older sister.  Early in the morning on Black Friday I practically ran to my favorite toy store where I bought many of these dolls in the past.  My enthusiasm was quickly quenched by the owner, an Asian immigrant, who informed me that she no longer would be carrying these dolls since they were now made in China and were no longer the quality we had come to expect from the legendary doll manufacturer.  Disappointed but still hopeful, I asked if she carried Lee Middleton dolls, also a quality doll that I knew previously lined the shelves of this particular store.  Her answer was the same:  “Made in China.”  Now discouraged, I asked that surely there must be some quality baby doll made here in America.  Again, her answer was the same.  All – all baby dolls made in China!  Whether she meant to or not, this small business owner was making a very profound political statement – but even I didn’t at first realize just how political it was.

So, naively I began my own search.  I searched just about every entity I could think of only to find the woman at the toy store knew what she was talking about.  My longtime favorite, Madame Alexander, shifted their production overseas to China after the 1995 death of Founder Beatrice Alexander Behman, who began producing these dolls in her New York kitchen back in 1923.  But Madame Alexander, once Harlem’s largest private employer, is not an isolated story.  Lee Middleton, the Ohio doll company also moved production to China over a decade ago.  And perhaps the biggest surprise:  American Girl dolls are now manufactured in China as well. Again, their stories are not isolated ones.  After much research, I have concluded that if I want an American made baby doll, I’ll have to make it myself.  So it seems that doll manufacturers have joined the ranks of electronic manufacturers and moved their production to the land where abortions are government-imposed and wearing masks to protect your lungs from pollution is a way of life – not to mention that this hostile government owns a lion’s share of our debt. And…when they moved production to China, they moved jobs to China as well.

Chances are most Americans will attribute this manufacturing transformation to China’s cheap labor costs.  China’s low labor costs are only the tip of the iceberg.  And given the terms of the Trans-Pacific Partnership, we can expect that the promotion for cheaper goods of all kinds from low wage countries in addition to China will soon flood our store shelves.  This is not something new.  We have already seen how the North-American Free Trade and the Trans-Atlantic Free Trade and Investment Partnership agreements have negatively impacted our economy.  However, this negative impact has not reduced us to third world country levels.  Therefore, in the eyes of globalists that realize that the governments of these countries are not conducive to raising their standards of living, in order to create true equality, the United States’ economy must be reduced. It is these United States that stand in the way of a one world order that is totally submissive to ruling elitists.

In addition to this economic assault, attention should be being given to the economic repercussions of the uber Environmentalist Movement that has proven to be another weapon in the arsenal of the globalists.  Don’t take me wrong.  As someone who grew up in a town where high school children would take bets on what color the river that ran through town would be  on any given day, I fully appreciate the need to clean up the environment.   But I am also a practical thinker who believes that anything in excess tends to be excessive.  In the case of shipping our manufacturing industry to China, environmentalists should be wringing their hands in pain and frustration.  Here in the good ole USA, environmental laws once did us a great service by successfully cleaning up our air and water.  Now they have become part of the force that is driving our jobs overseas, since manufacturers are strangled by regulations with impunities that make manufacturing  absurdly difficult.  Just ask Gibson Guitar.  This fine company has managed to hold out to some extent by producing their “hand crafted” line in the USA while manufacturing their “factory made” line in China.  By the way, if you’re interested in purchasing an American made Gibson guitar, be sure to look for the label that says “hand crafted” and bears a serial number with eight digits and letters.  The nine digit serial number guitars are produced in China.  The irony here is that the unrestricted environment in China is polluting the atmosphere to such an extent that Chinese living in urban areas need to wear breathing masks and schools are often closed due to excessive pollution rates.  In the ecology v. economy battle, the economy in China is slamming the ecology  with a devastating blow. For a good read on this, I recommend Larry Burkett’s prophetic 1993 book “Whatever Happened to the American Dream?”

If only that were the end of the story.  Unfortunately, there are more factors that are contributing to the death of the American Dream – and not all of them are connected to China.  Some are connected to our own Congress and global cabalists, such as the World Trade Organization.  Recently our spineless representatives voted to submit our sovereignty to the WTO.  After a for-show-only effort to maintain labeling on beef, pork, and poultry to state country of origin, the House voted to repeal the country of origin labeling requirements out of fear and threat of retaliation from Canada and Mexico.  You read that right. Canada and Mexico now are able to intimidate the United States and influence our Congress to a greater extent than our own citizens!  Another glowing success attributable to the North-American Free Trade agreement. Now the WTO is able to tell us how we must label our foods.  The next two questions should be What’s next and how do we get these spineless showboats out of the People’s House? One suggestion:  start electing farmers instead of lawyers to Congress.  Now I’m not saying that all lawyers are bad, but farmers know what it’s like to work hard and not only understand, but live, a cause and effect philosophy of life.  There’s an innate common sense that resides with this profession – sense that doesn’t seem to be so common in our modern day Congress that is populated mostly with lawyers and career politicians.

Low labor costs, absurd trade agreements, suffocating environmental regulations, and an easy-to-manipulate Congress should be enough to annihilate America but somehow, by the grace of God, we have managed to survive.  So what do the bleeding hearts in Congress do? They saddle us with the highest corporate tax rate in the world to pay for their folly, or to pay for the promises they made their constituents that amount to nothing less than buying votes with our tax dollars.

According to the Organization of Economic Co-operation and Development that bases its data on its 34 member countries, the United States corporate tax rate ranks the highest among all free nations at a whopping 39.1% and the World Bank and International Finance Commission places us second highest – right after New Zealand.  According to Trading Economics, in 2015 China’s rate was 25%.  Think about this.  It is now easier and more economical to do business in a communist country than it is in our own USA!  Could it be that we are so misguided and so out of touch with reality that freedom and liberty have become nothing more than nice words that invoke a sense of nostalgia and nothing more?  And can Madame Alexander, American Girl, and Gibson Guitars be the canaries that are singing loud and clear in the coal mines that represent America?

May God continue to bless America, and may America start blessing God.

NOTE: Another very important issue as relates to China and American economic structure is the currency  manipulation which has become a powerful tool for China.  This has created not just an influx of industry and jobs but it has created a trade imbalance which will ultimately destroy this country.  This year, as in many years in the past, China will have sold over $400 Billion more goods to the US than we have sold to them.

Currency manipulation is not complicated but it is effective.  Our next President needs to make it understood to China, as well as others, that we are never again going to sit by while this occurs. Import tariffs will need to be raised in equal proportion to artificial devaluation of currency.