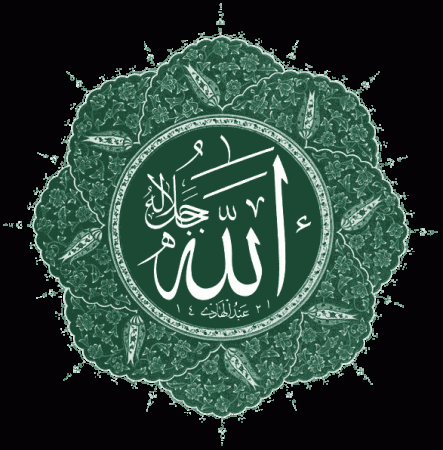 (Dec. 3, 2015) — They look pretty harmless, those jumping beans just sitting on the table, but put them in the hot water of Christians, Jews, Americans and Freedom; they jump up and down and start shooting off. Put Muslims in their own hot water of the Koran and Muslim teachings calling ‘believing’ Muslims to Jihad against Infidels (meaning everyone but them), and we have an out-of-control nightmare on our hands.

The latest horror attack against Americans, leaving 14 dead and 17 seriously injured, is now known to have been at the hands of radical Muslims intent on a Jihad, it seems. One of the suspects, Syed Farook’s, father said Syed was a very religious Muslim. We now know that a neighbor didn’t say anything because they didn’t want to be called ‘racist’ when so many Middle Eastern men would go in and out of the house. I’m wondering… how is that political correctness and ‘caution’ working for you now? No, I’m not calling the neighbor a racist. I will grant them their wish. Instead, they deserve to be called a coward, co-conspirator and partly responsible for the murders, for not doing or saying what they could when they saw things that looked suspicious at the suspect’s house.

When the shooting had just happened and was unfolding, it didn’t take long for Obama to chime in with his usual ‘manipulation dribble’ and talk about how ‘often’ shootings occur in America and run down the gun control lane of lies and deceit. Obama’s comments about this unfolding Muslim Jihad event are almost as moronic and absurd as his comments to those in Paris (only a week after they experienced the most horrific terrorist event in their history) with “America is the only country on earth where all these shootings occur.” Many world leaders and most Americans are walking around pondering Obama’s comments with our mouths dropped to the floor. We are shaking our heads and necks sideways and up and down looking like Bobble-heads.

There was and will be no acknowledgement from Obama that this was a Muslim Jihad in San Bernardino. We all know he has peppered dangerous Muslim refugees all over America and still does. The Obama speech pathology runs before us — ‘It is the American way to help;’ ‘Compassion for mostly older people, mothers and young kids coming over’ and ‘Christian and American values’ to help largely Christian refugees.

The only problem with the chronic Obama presentations is they are 1000% based on lies. Several sources prove that most of the Syrian and other Muslim refugees aren’t women and children, but young men. Obama has known and knows currently that there are ISIS plants peppered throughout the sea of refugees that are shotgunned in communities across America. Getting things ready this Christmas season for more San Bernardino events. Get ready.

Shockingly, part of our Christmas season this year may well be many more of these Muslim–murder, jumping-bean events as we have just seen in California. As the freedom and Christian water, celebrating the birth of Christ, becomes hotter, blood will flow and killers will be turned on. More people will die until America and her elected leaders wake up from their cowardly and treasonous sellouts to Islam.

We sell out because of our ‘political correctness’ cult hurled on Americans that demands we talk nice to any bad guy, serial killer and especially a Muslim planning our demise.

We sell out because we have not become energy-independent with our vast amounts of oil, coal and shale. We could have become disconnected from the Middle Eastern oil spigot decades ago. We must vote in a president who has the vision for energy jobs and independence. It is high time to stop our oil dependency and sellouts.

We sell out because we allow Muslim mosques and camps to be built in America and pretend they don’t call their followers to violent Jihad, offer funding and training. We must have the courage to confront and watch mosques closely, arrest those writing or speaking any violent Jihad speech anywhere. Close down Muslim training camps, deport thousands who are on record writing and spewing violent intentions and speech. Above all, we must stop, yesterday, all Muslim imports from any country.

The real genocide and mass murder campaign worldwide is against Christians and at the hands of Muslims who are simply honoring their faith. Of course, Obama has nothing to say about that.

Merry Christmas season, folks. It is starting out to be a very bloody one. Be armed; watch your back at any events. Have your cell phone ready and emergency plans rehearsed. Your life might depend on it this season. We have been targeted and they are here ready to roll. Don’t be ‘correct;’ be alive.

Find out more about me at www.therothshow.com.