“A TRAITOR TO EVERYTHING WE HOLD DEAR” 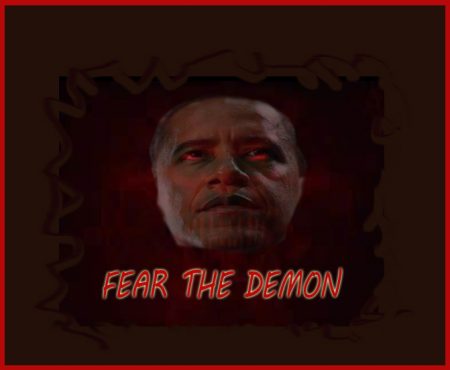 (Nov. 28, 2015) — Before going any further, I must confess that it is getting harder -no, “impossible” – for me to maintain respect for the office of the presidency. During the disastrous presidency of Jimmy Carter, at least it was possible to separate the incompetency of the man from the office. Since January of 2009, all those possibilities have quickly vanished along with the American Dream many of us held dear. Therefore, if you choose to insulate your psyche by reading only politically correct pieces, I suggest you move on.  My tolerance for such nambie-pambie rhetoric is long gone and my keyboard will testify to my wrath.

In a long line of offensive behavior, the man now occupying the White House established an all-time low when he lectured the nation on its lack of compassion for the Syrian refugee children. Although I would like to chock this up to hypocrisy on his behalf, I cannot find it in myself to be that charitable when I consider that he did not express similar compassion for the children of the Kurds or the Coptic Christians that were being killed in great numbers in the recent past.

In former writings, I postulated that many, if not all, progressives are either delusional or demonic.  While applying the logic of this standard to BO, which is a fitting initial combination for the man whose policies stink to high heaven, it is hard to conclude that he is anything but demonic.  And it is truly sad that I can defend that conclusion.

Back in 2008, when the young senator from Illinois was campaigning for arguably the most important job in the world, it seemed the handwriting about his character was well-inscribed on the proverbial wall.  Truthfully speaking, the color of his skin infatuated many into ignoring the content of his character – character that instead of taking advantage of his unique opportunity to be a uniting force among the races chose to annihilate every civil rights victory achieved since the 1960s; character that embraced a 20-year relationship with Jeremiah Wright who damned America; character that called the sound of Islamic prayer the most beautiful sound in the world – all while he professed to be a Christian, knowing full well that Islam denies the deity of Christ.  But most telling of all: character that compelled him to vote that babies that survived abortion were to be denied medical treatment and thrown into the garbage like a piece of trash. Yes, the handwriting that was on the wall in 2009 has proven to be credible and accurate. And this, my friends, places him squarely into the demon category.

BO may argue that no man, like known deserter Berg Bergdahl, should be left behind, but if he truly believed this, why didn’t he negotiate for the release of the pastors and journalists rotting in Iranian prisons – or the release of Sgt. Andrew Tahmooressi who languished in a Mexican jail for 214 days?  This may make him seem hypocritical, but the truth is probably worse.  The man now occupying the White House has no regard for human life – except if they are Muslim extremists.  Then he will do all within his power to release them from prison or award them the right to develop nuclear power while also giving them our fighter jets or over $100,000,000 of our hard-earned money. If you are a patriotic American, it would be hard to argue that this is merely delusional and not demonic.  And for a nation that is founded on Christian principles, it is also treasonous.

This man may be a poor excuse for a human being in a liberty-loving nation, but he is a wonderful representative for the extremists living in Muslim countries.  The vote he rendered while a senator in Illinois stripped him of the right to lecture concerned Americans about the safety and well-being of children, but that has not stopped him from his wisecracking rhetoric. Of course he used this argument with some success in the past when he opened our borders to illegal immigrants under the guise of helping children.  And the media played along – with many priests and their misguided sense of charity.  And now this same BO is using the same old argument that exploits children in order to open our borders to many who may want to kill us and our children. Given his recorded vote that documents the depth of his compassion for children, how dare he lecture us!

These are not failures on his part; they are celebrated successes by the prince of the demons now living at 1600 Pennsylvania Avenue.  Strong words?  Perhaps.  Unfortunately they are also words that are written with logical support.  But BO did not attain this power in a vacuum.  He obtained it through the complacency of an electorate that tolerates evil just as long as they can enjoy their creature comforts. To those who stayed home on Election Day that fateful November in 2008 claiming that they would not vote for the lesser of two evils, in actuality they elected the greater of two evils – for not to vote is to vote.  The real tragedy is that the evil of BO and those of his kind can easily be bound in one day if only Christians would wake up and vote.  Instead they remain content to complain about how the country is going to the dogs.  If only that were true.  In this case, the country is going to the demons that sport a friendly smile.

So, to conclude, I have a question:  when?  When will Christians start acting like the salt of the earth instead of the sludge at the bottom of the septic tank and reclaim the liberty God gifted to us? And when – when will our generals who have just begun to speak up start shouting from the rooftops that this man is a traitor to everything we hold dear – including life itself?  And when will they take that to the next step and charge the traitor-in-chief with treason? If these “whens” become nows, perhaps America will survive the stealth assault of the demons in our midst.  If not, you may want to pray that the Lord comes quickly. As for me, I will pray that when the Lord returns, He finds me fighting His battle to overcome – and hopefully I won’t be fighting alone.