The Hard Hearts of Tennessee

“HOW DO I GET SOME MEDICAL HELP BEFORE I DIE?” 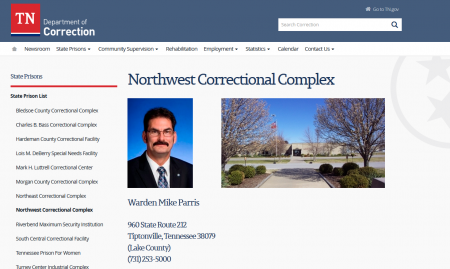 (Nov. 5, 2015) — The following letters were received from Tennessee Department of Correction (TDOC) inmate Donald Lynch on Monday and relates to ongoing medical problems he has had while incarcerated at the Northwest Correctional Complex (NWCX) in Tiptonville, TN.

Other inmates who have reported substandard medical care at the same prison are Walter Francis Fitzpatrick, III; Jeffery Douglas; and Timothy Aaron Baxter, the latter of whom received necessary surgery in October after reportedly filing a lawsuit to obtain it.

The Post & Email has previously reported on Mr. Lynch’s complaint as well as those of the other inmates named above.

Lynch’s reference to “Special Needs” is to to the Lois M. DeBerry Special Needs Facility in Nashville, which handles all medical treatment requiring surgery and/or hospitalization.

Mr. Lynch first corresponded with an attorney he is hoping will launch a case against the TDOC on his behalf, while the second letter is addressed to NWCX Warden Mike Parris.

When The Post & Email contacted the TDOC Communications Director about Lynch’s and Douglas’s complaints, the response we received from Inmate Correspondence Coordinator Tashonda Burton was that “Every offender incarcerated in TDOC prisons receives community standard of care. Thank you” [sic]

Mr. Lynch is 74 years old and has been in prison for eight years. The Hard Hearts of Tennessee added on Thursday, November 5, 2015