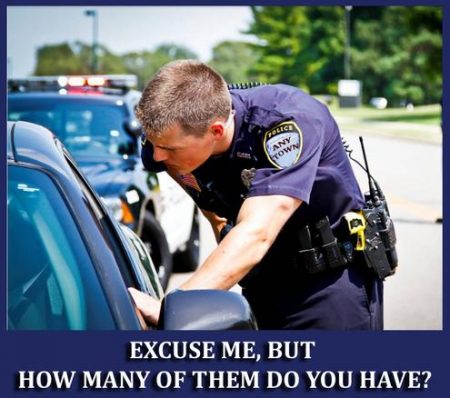 (Nov. 5, 2015) — Now that the elections are behind us, we as citizens must ensure that the legislators know how we view issues of importance.  When one considers the concept of licenses for illegal aliens on the surface it may appear to be a logical step in knowing who is driving and that they are in fact educated and tested in their ability to read signs and understand the driving laws in New Jersey where they reside as well as having insurance for accidents and having license plates in the state of New Jersey.  This is, however, an oversimplification of the issue and rationale for granting drivers’ licenses.  Bringing illegal aliens ‘out of the shadows’ is just easy-speak and a sound bite that solicits sympathy for their situation, but we must remember they are in fact illegally residing in the United States and that behavior should not be rewarded, yet the following seeks not to focus on that issue but more the actual ramifications of such a decision and the domino effect that decision has on many facets of the lives of those who actually are legal residents.

There are many issues at hand which compel one to be resistant to the prospect of granting an individual who does not reside in the United States legally the privilege of a New Jersey driver’s license, which in fact is the identification proof in so many different circumstances.

Subsequent to 911, New Jersey instituted an identification system for a New Jersey license in order to know that the person presenting themselves is in fact the person applying for a license.  An applicant for a driver’s license has to satisfy 6 points of identification, points being given for the level of security of that particular document.   This system was presented to New Jersey residents as being instituted to PROTECT the citizens of New Jersey.   Granting drivers’ licenses to those who are not going to be able to prove who they actually are dismantles the entire system we were promised would protect us.

A license is used to identify someone who is traveling by air.  Are we now to believe that all the precautions that were put in place, the identifications we have had to present, are now not important?

How will we verify that these illegal aliens are in fact who they claim to be?  Will they be asked information and be asked to simply sign an affidavit as to who they are, when they were born, where they live, etc. and what proof of reality can be secured?  If they are criminals, what background check can be done on someone who has no valid papers?

Of course, there are other considerations:

One License or Two?
A serious downside is that without checks and confirmations, illegal aliens could in fact secure multiple drivers’ licenses and when they have too many infraction points, just use a different license to continue to drive.   They could in fact have DUI violations and just switch to a different license.  And why should they receive a license when presenting less than the requirements that are required of legal citizens?

Multiple licenses can also lead to multiple applications for social services such as welfare benefits, Section 8 housing, and other social services.   Will these individuals work multiple part-time jobs and claim federal and state refunds based on a low level of income and receive unearned income credits in the multiples?  The IRS has not been able to cross-reference its system so far, and millions have been paid out to those who are not entitled to those funds. The IRSs has admitted this nationally.

Criminals Need Apply?
What if a criminal on the run decides to change his identity to blend in and claims that he/she is an illegal immigrant…what and how will we ensure that criminals are not getting new identities to live outside the penal community, skipping out on bail and not showing for sentencing or somehow is not in prison, but should be.  Do you want a pedophile off the grid and under the scrutiny of the law when it comes to your children and their safety?

Employers and Employment
Employers use drivers’ licenses as an identifier when someone is employed.  The employee has to produce a combination of identification to satisfy the I-9 requirements of IRCA (The Immigration Reform and Control Act enacted November 6, 1986) that the individual is in fact legal to work in the United States.  Does this remove a driver’s license, which has been a primary document for the I-9 completion, from presentation to an employer and will it cause considerable inconvenience for legal residents?  If it is eliminated from the I-9, most assuredly the impact will be considerable.

Voter Registration
Drivers’ Licenses are linked to voter registration enrollment.  The government cannot be relied upon to ensure strict oversight that those who are not citizens are not given the privilege or opportunity to vote.  This is the most important issue of all of the issues.  Fraudulent voting dismantles our voting system.

Insurance
Will illegal aliens actually acquire insurance and if they do will they cancel it once they secure the driver’s license?  Will the vehicle be registered in New Jersey or will it be registered out-of-state to avoid insurance and vehicle inspection?  How will this jeopardize other drivers on the road?  This can be the cause of death and dismemberment of other drivers on the road who did obtain their licenses legally and drive cars which have been maintained and inspected.  If the federal law is such that you must be a citizen to have insurance and they do not, that point which is so often cited by advocates for licenses for illegals is moot.

More Illegal Immigration?
Why are we creating such a hospitable environment for illegal migration?  Encouraging other to come, unsponsored and without gainful employment is a pressure point on the economics of our society, especially for the minority and black communities who are underemployed.  Illegal aliens will push these groups out of employment consideration.

The bottom line is that granting illegal aliens drivers’ licenses impacts not only our safety on the open road, but also the security and safety of our spouses, children and grandchildren.

If the government is more interested in collecting fees than protecting the rights and ensuring the security of our citizens, the focus of government, which derives its power from the people, must be more in concert with like-minded individuals who appreciate and understand the impact of such decisions on our state economy and citizens.