“NO MAN SHOULD BE LEFT BEHIND” 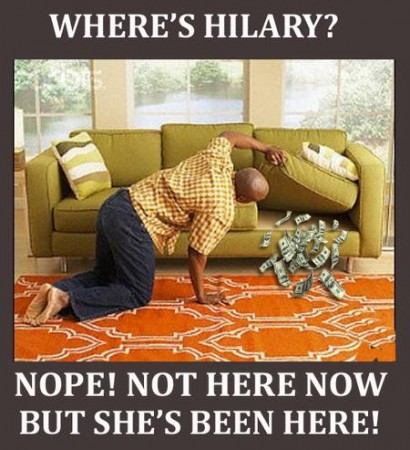 (Nov. 1, 2015) — It is easy to conflate the Benghazi issues and to conclude that the real issue is political or that our Secretary of State lied.  Anyone  acquainted with the Rule of Law and watching the horse and pony show, compliments of our Congress, the Attorney General, and the media would think that America is incapable of conducting an intelligent and well-run criminal investigation.  After having watched for a total of 10 minutes and not hearing one question, I decided to turn a deaf ear to all the pontificating and listen to the commentaries instead. They weren’t any better.

Regardless of which news channel you watched, all you heard were talking heads trying their best to sound more insightful and persuasive than the next person.  Those with a leftist bent painted Secretary Clinton as a maligned and undeserving target of the political right.  Those with a conservative bent objected to the lies of the demagogue parading as a victim of circumstances.  Buried within all the political-speak, the real issue that should concern all of us only received brief mention.  There were 600 emails sent by Ambassador Stevens to the Secretary requesting more security due to increasing danger. We know now that these emails were disregarded.  This was not just an issue for those in Benghazi.  Because of its consequences – both realized and unrealized – safety of any American in a hostile country should be the most important issue of all. We fought a War centuries ago over the right to life and our right to protect that life. Other issues pale by comparison.

While pundits argue about whether or not only a Department of State policy was violated as opposed to a crime being committed, the congressional panel has demonstrated a woeful lack of awareness regarding the criminal justice system.  Policy is not the issue.  Reckless endangerment, criminal negligence, and the compromising of national security should be the focus of the investigation.  However, these issues take a back seat to the political pandering on display in the media, who seem surprised that all in the Administration – from Mr. Obama down to Susan Rice – lied.  The rest of us living in the real world understand that liars do what liars always do – they lie.

For Mrs. Clinton, who is now a presidential candidate, the aforementioned “back seat” issues  should be the only topic of conversation, since she is asking America to put their trust in her capability to defend us and our sons and daughters.  However, there is nary a mention of how incompetent her past actions have proven her to be on numerous occasions.  The families of Pastor Saeed Abedini, an American citizen captured and imprisoned in Iran since September 2012; or Jason Rezaian, a Washington Post reporter imprisoned in Iran since 2012; and former Marine Amir Hekmati, who was captured and imprisoned by the Iranians while visiting his grandmother in 2011 would all like to know where Mrs. Clinton was when these men were captured.  Where was our Secretary of State (Mrs. Clinton) when these families pleaded for the State Department’s intervention.   Perhaps she was nowhere to be found – the same place she was when Ambassador Chris Stevens sent his 600 emails to her requesting additional security.  I’m sure the families of Tyrone S. Woods, Glen Doherty, Sean Smith and the 10 others who were injured in the Sept. 11, 2012 Benghazi attacks would also like to know why our Secretary of State was MIA when she was the most needed.  After all, doesn’t this Administration believe in the policy that no man should be left behind – or does that only apply to deserters or when an opportunity presents itself to release the most evil and dangerous Islamic terrorists from Gitmo.  It doesn’t seem to apply if you’re a pastor, ex-military, a true-blue American, or even if you’re an Ambassador.

Factions of the political world can argue about what really happened at Benghazi and its cover up, and they can act shocked that the Administration and all its lackies lied, but they should be concentrating on how this POTUS candidate was MIA at critical times when the safety and well-being of American citizens were at risk.

Ideologies make good conversation, but dead people and those imprisoned in hostile countries bear witness to the incompetence of the lady asking for your vote in November, 2016.

Not only will she leave your sons and daughters to rot in some ungodly foreign prison if captured, but if she has her way, she’ll take away your ability to defend yourself on your own home soil. There are many things Americans disagree about but the safety of our citizens should never be one of them.