HAVE PRESIDENTIAL DEBATES BEEN REDUCED TO “GAME SHOWS” BY THE MEDIA? 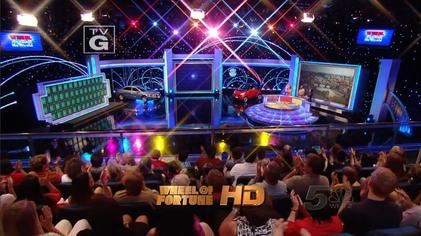 (Oct. 30, 2015) — “Good evening, ladies and gentlemen. Here’s a first: this show is being recorded right here at our studios. With me is Milton Bendix, the man in charge of purchasing the fall line-up packages for your viewing pleasure.

“Milton, I found your memo in my box this morning: ‘Roving, you won’t believe it! The best show ever!’ Okay, my curiosity is piqued. What’s up?”

“It was as if the heavens opened up and a voice said, ‘Pay attention, Milton.’ I was watching the Republican debate on CNBC and there it was, laid out so easy to understand that my neighbor’s dog could’ve figured it out.

“In a nutshell: a comedy-game show. See, you got these three panel members — we’ll call them contestants — and every week guest members show up, maybe a celebrity, maybe a professional comedian, and they’ll sit on either end. You’ll never know who’ll show up.

“Now, these contestants are on the camera about all of the time; after all, that’s why people are watching the show in the first place. What they do is ask questions to the people who are to be ‘interviewed.’ CNBC tried to push it off as a debate, but it wasn’t a debate. It was a joke: plenty of laughs, and the audience was laughing at the so-called moderators. And that’s how I came up with my comedy-game show idea.

“Wait a minute. Let me finish. The winner is whoever comes up with the stupidest question, just like those so-called moderators in Wednesday night’s ‘debate.’ Prizes like free take-out or something. That’s right; it’s our time we have to fill up between commercials.

“I’ve been informed that the advertising space has already been purchased, so we’re good for at least a season, 12 or so episodes. Should be a lot of fun. What do you think?”

“You hit a home run, Milt, without a doubt. Sounds like a hit. Congratulations. Job well done.

“Well, folks, just goes to show that even in a disaster there may be a silver lining. If it wasn’t for the moderators being such Obots, this great idea for a  show never would’ve happened. Maybe stupid people have a place in our society after all. This is Roving and crew saying goodnight. Thanks, Milt. Goodnight.

“Easiest show we ever did. Let’s grab a burger at that joint across the street. Come with us, Milt. My treat.”