“EVERYONE HAS DIRT ON EVERYONE ELSE” 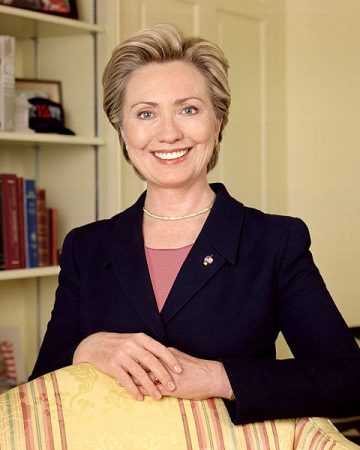 When it seemed obvious to everyone that Joe Biden was going to throw his hat into the ring, he surprised everyone by saying no.

When Hillary Clinton appeared weak and vulnerable to a Biden run, she appeared before the Select Benghazi Committee, lied through her teeth, and emerged victorious.

From out of the blue, John Boehner announced not only that he would step down as Speaker of the House, he would retire from Congress.

Republicans control both the House and the Senate, yet they gave Obama everything he wanted in a budget deal and gets the Democrats safely past the November 2016 elections.

In what world does this make sense?

Let’s back up to 2011. Hillary Clinton wanted to oust Muammar Gaddafi and turn Libya into a democracy, to give her at least one appreciable accomplishment as Secretary of State. She persuaded Obama to go along with the scheme, which involved arming Libya’s “moderate rebels.” With Clinton’s approval, weapons were shipped to Qatar, with the understanding that those arms would make their way to the rebels. The problem was that Qatar could not be trusted and there was no way of identifying which rebels were “moderate.” Weapons ultimately fell into the wrong hands, terrorists used them to attack the Benghazi compound, four Americans were killed, and Libya became not a democracy for which Clinton and Obama could take credit but a chaotic, violent, and bloody mess.

Particularly with the November 2012 elections coming up, Clinton and Obama could not admit the truth, so the absurd “blame the video” scheme was concocted. The story was spread by Obama, Clinton, then-U.N. Ambassador Susan Rice, and then-White House press secretary Jay Carney—even though they all knew it was a lie.

But the Libyan arms deal was not something about which only Obama, Clinton, and (perhaps) Ambassador Christopher Stevens knew. It is absurd to believe that no Congressional leaders were in the loop. After all, it is illegal to provide arms to terrorists. Obama and Clinton understood that. They also understood that, in order to avoid Congressional inquiries later, they had to get others involved in the arms scheme from the beginning. 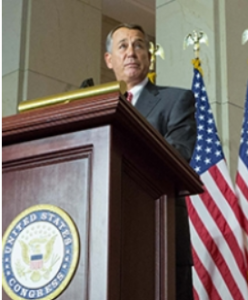 With that background in mind, the unusual events of the last few weeks begin to make sense. Obama does not want Clinton in the Oval Office, but his options are limited because of the Libyan arms deals. If Obama orders (or allows) Attorney General Loretta Lynch to “take Hillary down” and indict her for her various email server and Benghazi lies and crimes, Clinton certainly can and eagerly would take others down with her. She can publicly state the names of everyone who was in on the arms deal. One can assume that list includes Obama, Vice President Joe Biden, then-Senate Majority Leader Harry Reid (D-NV), then-House Speaker John Boehner (R-OH), House Minority Leader Nancy Pelosi (D-CA), and then-Senate Minority Leader Mitch McConnell (R-KY). (You can probably also toss in then-Secretary of Defense Leon Panetta and then-CIA Director David Petraeus.)

It is not outside the realm of possibility to believe that those parties “came to an agreement.” Obama agreed not to allow an indictment of Clinton; Clinton agreed not to name names; Biden reluctantly agreed not to challenge Clinton for the presidency; Boehner agreed to step down from his position as House Speaker after giving Obama everything he wanted in a budget deal; McConnell caved in on the spending as well; and, of course, Reid and Pelosi had no problem agreeing to keep their mouths shut when it meant protecting fellow Democrats and raising the debt ceiling to infinity.

In other words, everyone has dirt on everyone else.

Wallowing in the Political Mud added on Thursday, October 29, 2015