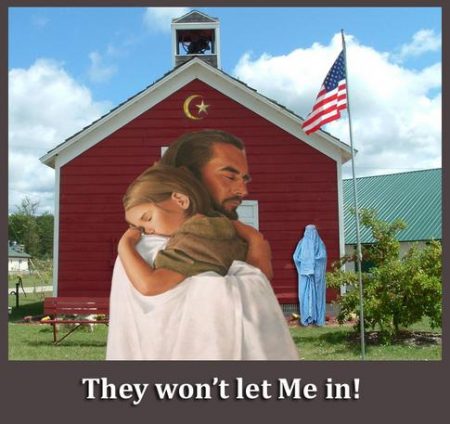 (Oct. 12, 2015) — Biblical prophecy can be fascinating – especially when it comes to end time predictions.  However, the real purpose of prophecy is not to intrigue us about future events – as if God was some kind of fortune teller. When we look at the past prophets such as Jeremiah, we see someone who was telling God’s people what was about to happen if they didn’t repent.  In Daniel’s case we see prophecies that served as warnings and explanations about what would shortly take place, as well as prophecies that were to be understood at some future point in time. The vast majority of prophecies were written to call God’s people to repentance, to help us understand that there is no one like our God who tells the end from the beginning, and to warn us about future circumstances that will impact our lives – especially when we stray away from God’s protective covering.  All in all, there is and was a purpose for prophecies.  They are so important that nearly one third of the Bible is prophetic.

Today we are seeing prophecies concerning our age fulfilled in the news and in the physical world, such as Israel becoming a nation after close to 2,000 years of disbursement, the Russia and Iran alliance, and the foundation of a New World Order being laid.  We acknowledge some prophecies but many that we should be giving credence to are being dismissed because the Word of God is not seriously studied or is considered inconsequential.  Additionally, we have seen the expulsion of God in America from public forums – all in the name of separation of church and state.  While we recognize that the lack of American leadership in the Middle East has created a vacuum for terrorists groups, we fail to recognize that the expulsion of God in America has caused a spiritual vacuum.  Ironically (if you believe in that sort of thing), the same villains that have filled the vacuum in the Middle East are now filling in America’s spiritual vacuum.

To add confusion to the situation, which only facilitates the imposters of God in filling the void, the Pope has declared that Islam and Christianity worship the same God. But do they?  The Christian God has a son.  We call him Jesus (see “Is Jesus God?” available on Amazon).  And… the Book of Revelation clearly states that it the last book of Scripture. In Islam, the Quran (written over 600 years after Revelation) is revered as highly as the Christian Bible and  God has no son. This is proclaimed subtly in the 10 pillars of Islam that is being taught in our public school system, and it is repeated in just about every way possible on the inscriptions on top of the Dome of the Rock – facing upward toward heaven, mocking God.  Here’s where we go astray.  If Allah has no son and God does, the question is NOT does God have a son; the question is: is Allah God? The vacuum created by the expulsion of God from all things public has created a spiritual vacuum – one that is now being filled with Allah.  Again, there is an irony here.  If the Christian God is not allowed in public venues, why is the Islamic god allowed?  Think about it.

The vacuum created by the expulsion of God from public entities has also resulted in homegrown terrorism that is taking many forms. Merriam Webster’s dictionary defines terrorism as the use of violent acts to frighten the people in an area as a way of trying to achieve a political goal.  Esquire magazine has its own take on terrorism that calls it a historical word that should only be applied to the mistreatment of Blacks in America.  On the other hand, the FBI has a more expanded view of terrorism that breaks it down into international, domestic, and federal terrorism and is based on 18 U.S.C. § 2331.   The Bible also has many meanings for the word “terror” that can be summed up as an intense fear or dread, which can be the result of man’s inhumanity toward man or  a state where judgment by a just and angry God is playing out. Whether or not you consider the mass school shootings in America as an act of terror, in opposition to Esquire’s opinion, it is hardly deniable that our times are seeing an increase in people killing people.  We see it in our city streets. We see it in our classrooms. We see it in abortion clinics. And we see it on the world’s battlefields.

So, if we truly are in the “end times” as is a popular belief, then shouldn’t terrorism be mentioned somewhere in the prophecies that relate to this time?  It should also be noted that Scripture tells us that before the Lord returns, faith will be diminishing. Before going further, I want to caution you that the fulfillment of prophecy does not mean that a fatalistic doctrine is endorsed by God.  While it may be true that the events of our age are fated to happen and that we cannot change or alter our destinies, it is also true that we are charged by God to understand that He is aware and has a purpose greater than our understanding; that we are to repent and bring forth the fruits of repentance;  that we are to be prepared; and that we are to overcome – as the churches in the Book of Revelation are admonished to do. While, the word “terrorism” may not be mentioned specifically in the Book of Revelation, the concept of terrorism is clearly defined.

Regarding prophecy and terrorism, Revelation 6:1-8 is the passage that tells about the Four Horsemen of the Apocalypse. Revelation 6:3-4 says:

And when He (the Lamb) broke the second seal, I (John the Revelator) heard the second living creature saying, ‘Come.’ And another red horse, went out; and to him who sat on it, it was granted to take peace from the earth, and that men should slay one another; and a great sword was given to him. (Emphasis added)

If we only consider the biblical definition of terrorism as being men slaying one another, it is hard to argue that the second horseman of the apocalypse is now riding. And this definition of terrorism is simple and even broader than that of the FBI. Men killing each other is not the result of failed foreign policies or misguided young men that are easily influenced by evil.  It is also not the result of lax gun control laws or a failure of government. It is the result of the void we created by expelling God from the public arena.  You see, government – not even ours – can make laws to govern people that will not self-govern.  Gun control laws do not control people. In a godless nation where the void created that God once occupied is vacated,  another spiritual entity will fill that vacuum – just as it has done on the battlefields of the Middle East.

The second horseman may have mounted his red steed a while back, but in America, we have provided him with a race track.

EDITOR’S NOTE: While it’s true this article is not directed specifically at “government gun control” it does relate strongly to the many reasons why terrorism, murders and various other assaults on God’s children are increasing at alarming rates.

The author of this piece rightly states that gun control does not control people, when “the people” are considered as a complete entity.  Gun control does however control honest, law abiding citizens.  That of course, creates yet another vacuum which is being filled by armed criminals and domestic terrorists.