“LOCKING PEOPLE UP LEFT AND RIGHT” 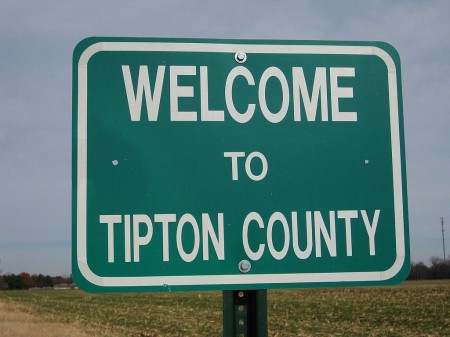 (Sep. 19, 2015) — Last week, a professional involved in Tennessee’s 25th Judicial District court system told a local private individual that “they’re basically locking people up left and right, getting people out on bond and within a week, rearrest them, revoke their bond and increase their bond.  They wear them out financially.”

The District Attorney General for the 25th district, Mike Dunavant, has failed to return The Post & Email’s calls regarding the case against Mike Parsons, who has been imprisoned twice for a total of nearly four years and is now being prosecuted for allegedly possessing a firearm as a convicted felon.

Dunavant is seeking “enhanced punishment” for Parsons should the trial jury find him guilty.

For the last six years, The Post & Email has exposed judicial corruption in Tennessee which involves the governor’s office, attorney general, the courts, judges, and juries in every district, public defenders and private defense attorneys, and the legislature, which refuses to take action on the numerous violations of law and deprivation of due process toward defendants who are also their constituents.

Tennessee’s prisons are reported as nearly 100% full and have been under increased scrutiny by House and Senate legislative subcommittees since a staffing crisis became a focus of the state’s mainstream media over the last year.  Increased coverage occurred this summer after gang-related violence resulted in lockdowns and a number of emergency hospitalizations of inmates.

Correctional officers have also been injured, with assault reports not always completed or reflecting the events accurately, according to WSMV Channel 4.

At the last hearing, Walker told Parsons to “google” his question about the type of court over which he was presiding, which Parsons told Walker he did.

Walker did not dismiss the case, but rather, set court dates for both October 16 and 19, then clarified that he had intended for the next hearing to take place only on the 16th.

“You’ve been indicted by the grand jury,” Walker told Parsons, to which Parsons responded, “I’ve got a concern about that.  I don’t know if this is a proper and legal indictment given the fact that the grand jury foreman is, in fact, someone who’s been there for 20 years, which is not in keeping with the laws of the state of Tennessee.”

Walker reportedly made no response.

A decision from an appellate court received on Friday by The Post & Email in the case of State of Tennessee v. Walter Francis Fitzpatrick, III, Case #14-CR-69 arising in the Tenth Judicial District states that a prejudiced grand juror can remain on the grand jury tasked with evaluating evidence against an individual against whom the prejudice is held.

In September 2009, Fitzpatrick first discovered the long-standing Tennessee practice of the criminal court judge hand-picking the grand jury foreman from outside of the empaneled jury pool and reappointing him or her every two years for as long as they wish.

The observer at Parsons’s hearing on Thursday related that a grand juror empaneled when Parsons was indicted told him when he began his service:

I went to the court that morning and I didn’t really think about it, but we were in there until, like, 9:30.  Finally we were sworn in, and then we went in.  The grand jury foreman was already in there.  We listened to maybe two or three cases presented by sheriff’s deputies, then we were told, “OK, it’s lunchtime…take your time, come back at 1:30 or 2:00…”

When we got back from lunch, they basically said, “Well, we’re all done for the day.  You can go home.”

“He didn’t think about it until afterward, but he said that ‘they were just pushing out these indictments…'” the observer said.

The Tipton County grand jury foreman is William Brooks, who has held the position for more than two decades.

According to The Covington Leader in March, when Parsons was most recently indicted, 74 others were also indicted for various crimes.

After learning in 2009 that Tennessee grand jury foremen are hand-picked by judges, Fitzpatrick publicized the “prisoners-for-profit” operation which the practice guarantees by preying on as many citizens as possible with fabricated, exaggerated or non-existent evidence.

The amounts of presumed kickbacks and bounties paid to those involved in the scheme are as yet unknown.

Fitzpatrick is currently imprisoned at the Northwest Correctional Complex (NWCX) in Tiptonville, one of the most dangerous facilities in the state.  Fitzpatrick received “enhanced punishment” of three years in state prison for what his attorney said was an exercise of Fitzpatrick’s First Amendment rights.

In June, Fitzpatrick uncovered a prisoners-for-profit operation conducted from within NWCX utilizing inmates as a means by which to receive tens of thousands of dollars from the federal government.