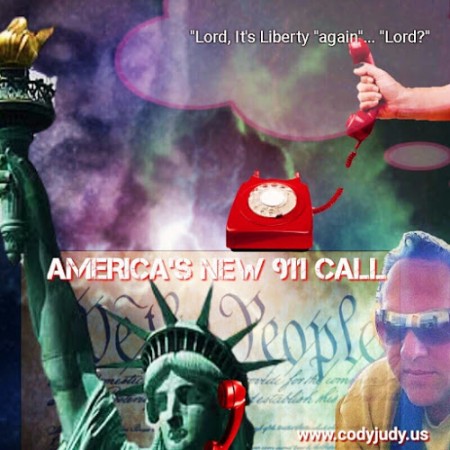 (Sep. 11, 2015) — Today marks the Remembrance of the tragedies we as a Nation have suffered on 9-11, symbolic of a 911 call for help in both 2001 when tragically 5,000 Americans died you can remember in this 18-minute video of what started out a normal day and ended with the Twin Towers coming down as well as terrorist attacks in 2012 leading to the death of those at Benghazi.

It certainly strikes at the heart of those living as we recall those lives lost in the solemn recognition of President Thomas Jefferson’s 1787 quote rehearsed at American Creation made in a letter while he was living in France asserting the rights of people to rebel against government when it had devolved into a tyranny in his own advocacy for civil dialogue:

The tree of liberty must be refreshed from time to time with the blood of patriots & tyrants.

It is it’s natural manure.”

Look at how far Hillary Clinton has come.  As a young aspiring lawyer she was let go without a letter of recommendation for actually advocating and objecting to President Richard Nixon being able to be represented by a lawyer after she had agreed not to engage in changing the Judicial Committee rules, according to a recent *2014 story carried on FOX NATION from **Hotair in 2008 “*“Because she was a liar,” Zeifman said in an interview last week. “She was an unethical, dishonest lawyer. She conspired to violate the Constitution, the rules of the House, the rules of the committee and the rules of confidentiality.” **”Hillary assured me that she had not drafted, and would not advocate, any such rules changes. However, as documented in my personal diary, I soon learned that she had lied. She had already drafted changes, and continued to advocate them. In one written legal memorandum, she advocated denying President Nixon representation by counsel. In so doing she simply ignored the fact that in the committee’s then more recent prior impeachment proceeding, the committee had afforded the right to counsel to Supreme Court Justice William O Douglas.”

Opposing Zeifman’s account we find at Snopes,”in April [1974], Rodino began recommending that we deny Nixon the right to be represented by counsel.”  (Whether such a “right” existed is far from certain: the committee was engaged in neither a criminal proceeding nor an impeachment trial; they were merely investigating whether grounds for impeachment might be present.) Accordingly, Hillary drafted a brief in support of Rodino’s position under orders from her supervisor, John Doar. One might assert, as Chief Minority Counsel Frank Polk did, that Hillary could have taken a better approach to the task and “should have mentioned [the Douglas case], and then tried to argue whether that was a change of policy or not instead of just ignoring it and taking the precedent out of the opinion,” but it’s highly subjective to suggest she was “unethical” and “dishonest” for carrying out the instructions of her immediate supervisor and his boss. One could just as plausibly argue that it would have been unethical and dishonest (not to mention insubordinate) for Hillary to presume to substitute her own judgment for that of her superiors and to refuse to comply with their directions.

Yes, you can decide if the problem plaguing Hillary’s present email approach she admits was a judgement error on her part matches Snopes’ account when they wrote as a presumption of opposition to Zeifman’s account, “One might assert..that Hillary could have taken a better approach to the task and should have..” with her own words after the emailgate fiasco in which she took 6 months to apologize, stating:

“On Friday, NBC’s Andrea Mitchell repeatedly asked Clinton if she was sorry, but the Democratic presidential candidate said only that she regretted “the confusion” surrounding her emails. Then in a new interview with ABC News Tuesday, Clinton said the words she has declined to say for so long. “That was a mistake. I’m sorry about that. I take responsibility,” she told anchorman David Muir Tuesday.

In fact, are we not seeing exactly the theme permeated her campaign also unmasked with the latest O’Keefe video highlighting her campaign lawyer and staff in Nevada allegedly violating registration laws in Nevada and sporting “Ask for forgiveness, not for permission.“