(Sep. 9, 2015) — Please, can all the hoopla concerning the county clerk in Kentucky who refused to issue marriage permits to same-sex couples be over?

The only good thing to come out of the whole mess is a politician, Mike Huckabee, volunteered to go to prison for eight years. Not sure if this penalty would be adequate for the Huckster’s violation of Arkansas state law while he was governor.

The Huck did, after all, establish a Mexican Consulate in Little Rock—at taxpayers’ expense— which Dr. Jerome Corsi described as “establishing a Mexican consulate as a magnet for drawing illegal immigrants to the state to accept low-paying jobs.”

Back at the ranch, the Kentucky county clerk has been released for that failure to issue marriage licenses. But, she is arguing the wrong case using “religious convictions” as her cause celebre.

First and foremost, marriage is a “right” that existed long before Kentucky or the US Constitution. According to a prominent anthropologist, “There are no societies in which marriage does not exist.” Therefore, government did not create marriage and should exercise no dominion or control over it. When one must secure “permission” in the form of a license to engage in what they have a natural right to do—we are slaves and government is the master.
Of course there will be the government sycophants who will point to the recent Supreme Court decision, Obergefell v Hodges, which “struck down” state law that bans same-sex marriage. This whole mess is saturated with problems.
First: the black-robed bandits based their decision on an Amendment which has never been properly ratified according to Article V of the Constitution (14th). Of course, these thieves of liberty have never seen the Constitution as an impediment to their agenda.
Second: The vote was, as it almost always is, 5-4. Considering two of the bandits who voted in the affirmative have performed same-sex marriages themselves (Ginsburg and Kagan), prudence and integrity would have dictated they recuse themselves. Of course they did not—which takes us back to prudence and integrity—or lack of same.
Also, when it comes to Ginsburg, it should be noted her former affiliation as legal counsel for the North American Man/Boy Love Association (NAMBLA) and her written legal “opinion” that sex between adults and children over the age of 12 should not be illegal, do not reveal an “unbiased” mind when it comes to such issues. Had Ginsburg and Kagan done the honorable thing and recused themselves, the vote would have been 4-3 to uphold the state laws banning same-sex marriage.
Strange indeed that a proposed Republic which morphed into a “democracy” can find itself dominated by two legal activists who are devoid of honor and integrity. Oh, that noise you hear is Jefferson and Patrick Henry spinning in their graves.
Third: is that almost-universal opinion that federal law trumps state law in every instance. Our Constitution, as RATIFIED and not interpreted by clowns in black gowns, provides for no such “trumping” of  the laws of a state. 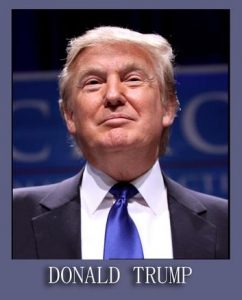 Lastly, speaking of “TRUMPing,” I was most disappointed last week when Donald Trump wilted under pressure and signed the agreement with the repugnants to not run as a third-party candidate. Trump could have appeared much more “presidential” had he insisted that all the other candidates and the repugnant party leadership sign a pledge to support him if he secures the party’s nomination. Yes, he should have demanded Reince Preibus and Karl Rove’s signatures be displayed prominently on the pledge.
Well, again, just the musings of a Madman.