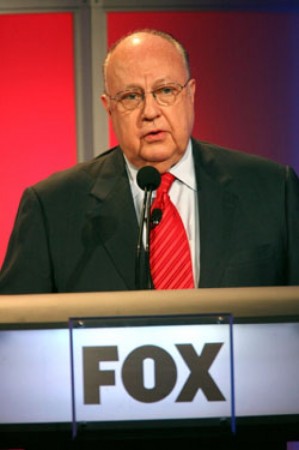 (Sep. 1, 2015) — Hey Roger Ailes, you and FOX are missing the political revolution of our lifetimes.  You can no longer hide your allegiance to the Old Guard and 50 Billionaires who want to give us another Romney who thought that having off shore accounts and siding with the 1% against the 99% wouldn’t be noticed and would win the day.  Your candidate, Bush the wimp, looks like a deer in the headlights.  He rings no bells with the rank and file. Afraid of his own shadow he’s on his way to the graveyard of political has-beens.

The silent majority people of America want to be led by a transparent and truthful person who has fire in the belly and respects America’s heritage and the Constitution.

Can you believe that the other candidates and the press continue to say that forcing Mexico to pay for a wall is just not possible? Watch Trump keep that promise. That’s what happens to people who have been conditioned to think that political correctness is an appropriate process to follow on foreign affairs and the world stage.

The establishment, whether Democrat or Republican, is on its way to massive change. The good old boys network of career political parasites has awakened the sleeping giant of Middle America who have had enough of Washington’s elitist rule. They can’t relate to Boehner or McConnell, nor can they relate in any way to Pelosi or Reid and the phony ignorant talking heads on TV.

The bull that shutting down the government, really fighting the Iran deal or real acrimonious debate on immigration will hurt the Republican cause next year is the rhetoric of pathetic cowardly RINOs more interested in protecting their jobs than fighting for the values they told their constituents they represented.

It’s never too late, Roger. Get on the bus or lose more viewers.

FOX Has Lost Its Mojo added on Tuesday, September 1, 2015

2 Responses to "FOX Has Lost Its Mojo"