WE NEED TO FIX THE CLIMATE OF FRAUD, CORRUPTION, AND POLICIES THAT KILL JOBS, HOPE AND PEOPLE 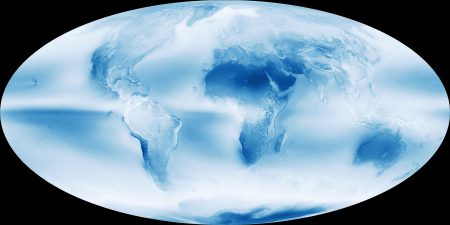 EPA’s 2,691-page Clean Power Plan is designed to eliminate coal mining and coal-fired power plants – and minimize natural gas substitutes. The CPP requires that gas use can increase by only 22% above 2012 levels by 2022, and just 5% per year thereafter. On top of that, new natural gas-fueled generating units that replace coal-fired power plants absurdly do not count toward state CO2 reduction mandates.

That means millions of acres of new wind and solar installations that generate expensive, unreliable electricity – and survive only because of subsidies, tariffs, anti-fossil fuel mandates, and exemptions from endangered species, environmental impact and other requirements that block fossil fuel projects.

None of these hard realities seems to bother President Obama, though. In fact, he is determined to use the December climate conference in Paris to lock the United States into binding treaty commitments to slash the common folks’ fossil fuel use, CO2 emissions, economic growth and job creation even further.

Anyone who cares about living standards, lifting billions of people out of abject poverty, and reining in the power of unaccountable US, EU and UN bureaucrats needs to pay attention and get involved.

Earth’s climate is doing pretty much what it always has: responding to powerful natural forces, changing, and driving atmospheric patterns and weather events that benefit some, harm others and sometimes wreak devastation. It is not doing what gloom-and-doom computer models and headlines predicted.

We do not need to “fix” or “control” the climate. We couldn’t if we tried. We do need to fix the climate of fraud, corruption and destructive policies that kill jobs, dreams and people. We need to realize that most countries will not commit economic suicide. They may sign a climate treaty – but for reasons that have nothing to do with environmental protection … and only if their obligations are distant and ephemeral.

Mr. Obama has said from the outset that he would use executive decrees to “fundamentally transform” the United States and ensure that electricity prices “necessarily skyrocket.” He has kept his word.

He and his friends in the UN, EU, Big Green and Climate Crisis Industry have also made it clear that they intend to use the Paris conference to negotiate the future distribution of the world’s wealth and resources, determine what economic growth and living standards are “ecologically feasible,” and transform the global economic development model: replacing sovereign nations and free enterprise capitalism with global governance and decision-making based on “sustainable development” and “dangerous manmade climate change” mantras. 1992 climate conference organizers even said saving the world requires that they cause “industrialized civilization to collapse.” They intend to keep their promises.

Thus, under the proposed Paris treaty, only developed countries will be required to slash fossil fuel use. “Poor” nations (including China, India, Brazil, Indonesia and Russia) will not be obligated to reduce their carbon-based energy use or carbon dioxide/greenhouse gas emissions by any specific amounts or dates – though some say they “intend to try” to reduce emissions or may present non-binding targets some years from now. Most will dramatically increase their oil, gas and coal use, and CO2/GHG emissions.

The real bribe to induce poor nations to sign a new treaty is a binding commitment that increasingly less developed, less energy-powered, less rich countries will give “poor” nations (or at least their ruling elites) $100 billion per year in climate adaptation, mitigation and reparation payments. That’s to cover damages that developed nations have supposedly inflicted on Earth’s climate. FRCs (Formerly Rich Countries) will also be required to give “poor” nations advanced energy and other technologies, at no cost.

Even more insane, the entire basis for this agenda, this treaty, these commitments and non-commitments, is bald assertions – driven by garbage in/garbage out computer models and deceptive, fraudulent science – that humanity faces “unprecedented” global warming, rising ocean, weather and other calamities.

About the only unprecedented event in the past century is that no category 3-5 hurricane has hit the USA in nearly a decade. Climate alarmists refuse to discuss that. Their other assertions are pure fiction.

Claims that 2014 was the “hottest year on record,” and July 2015 was “the hottest July” since “at least 1880,” are based on city and airport temperatures that are always several degrees higher than those at nearby rural sites. (Satellite data show no warming for 18 years.) The “superheated planet” alarums involve hundredths of a degree: less than the margin of error. They are based mainly on only 1,200 measuring stations for Earth’s entire surface – with few in the coldest regions, and millions of acres of missing data simply extrapolated from urban numbers. The “hottest ever” charade also assumes reliable temperature data exist for the entire USA and planet all the way back to 1880! It defies belief.

Imagine your life without electricity, or only when it’s available, or costing so much you can’t afford it and your now-bankrupt former employer couldn’t afford, either. Imagine the EPA and UN controlling the juice that powers everything in your life: transportation, manufacturing, communications, entertainment, life after dark, life in hot and cold weather, the enormous infrastructure and energy demands that feed your Smartphone. No wonder Google scientists finally admitted renewable energy is a pipedream.

Too many environmental laws no longer focus on protecting the environment. They have become bureaucratic weapons to protect chosen industries and destroy those connected to carbon-based fuels.

Denying people access to abundant, reliable, affordable hydrocarbon energy is immoral – and often lethal. It is an unconscionable crime against humanity to implement policies that pretend to protect the world’s energy-deprived masses from hypothetical manmade climate dangers decades from now – by perpetuating energy deprivation, poverty, malnutrition and disease that kill millions of them tomorrow.

Letting this climate fear-mongering continue also means fewer jobs, more welfare, lower living standards, and deteriorating health and welfare – except for ruling elites. But so far too few politicians, candidates, clergy and business leaders have shown the courage to speak out – even as every Democratic would-be successor to Mr. Obama seems hell-bent on going even further than he has on all these policies.

Our next president and congress must focus on job and economic growth, and overall human welfare. They must review and roll back destructive regulations, root out the fraud and corruption, and restore honesty, transparency and real science to our political and regulatory system.

­­­­­­­­­­­­­­­­­­­­Paul Driessen is senior policy analyst for the Committee For A Constructive Tomorrow, author of Eco-Imperialism: Green power – Black death, and coauthor of Cracking Big Green: Saving the world from the Save-the-Earth money machine.

Climate Issues We Do Need to Address added on Sunday, August 30, 2015